noted: The Laundromat Is Hot! 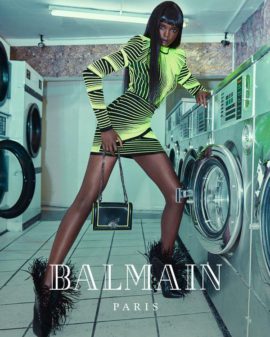 A few weeks ago, Jeremy Foster, a photographer, and Marikh Mathias, a model and former contestant on “The Bachelor,” were riding around Salt Lake City, looking for a place to do an Instagram photo shoot.

The mountains were a 10-minute drive away, but it was raining that day. A coffee shop is a reliable backdrop, but Mr. Foster finds them too crowded and overly photographed. Instead, the pair ended up at 4th Street Coin Laundry, where Ms. Mathias sat in an orange plastic chair and stood in high-heels and designer jeans in front of a Speed Queen commercial washing machine.

In their choice of setting, the photographer and model were right on trend. Yes, it seems your corner suds shop has become a strangely coveted location. 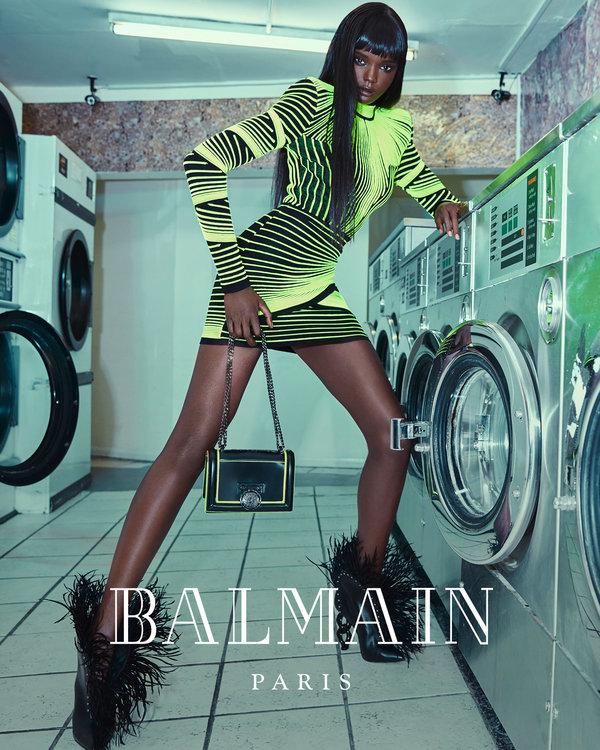 Hermès went even further last year, when the house known for its five- or even six-figure Kelly and Birkin bags opened its own pop-up laundromat in New York. Hermèsmatic, as the space was called, featured washing machines and laundry carts in signature orange, and a free service to dip-dye scarves (which are … not washable).

Why has a place associated with domestic toil suddenly become chic?

Dawn Nagle, the vice president of marketing for Laundrylux, the distributor of Electrolux commercial machines in North America, said it’s about juxtaposition.

“It’s that contrast between the beautiful and elegant fashion with the everyday task of washing clothes,” Ms. Nagle said. “You have a background of machines, granite, stainless steel, and everything repeats. It really draws your attention to the model and the outfit.”

And of course, laundromats are instantly recognizable, open to all and found everywhere. It’s the rare chore you can’t outsource to your phone, and in cities like New York, Los Angeles and San Francisco, the laundromat is one of the last democratic zones.

Perhaps that’s why on Instagram the #laundromatshoot has replaced the national park as the influencer backdrop du jour. A visual language has already established itself. There’s the sitting-in-a-laundry-cart pose; the casually-leaning-on-the-dryers; the risky crawl-inside-the-washer; and the hey-it’s-laundry-day-and-all-I-have-left-to-wear-is-my-bra. A group of dancers even went into a “heavy spin cycle” at a laundromat in Miami.

Mr. Foster was drawn to the Salt Lake City laundromat because it had big street-facing windows that let in natural light, a neutral interior and a vintage vibe. “It’s a fun place to be that’s also not crazy-distracting,” he said. “And where do you find ’70s bowling chairs?”

Another reason laundromats may now be modish is that they have become more than just laundromats, at least in a few cities. Places like Spin Laundry Lounge in Portland, Ore., Laundré in San Francisco, Laundry City in Baltimore and Celsious in Brooklyn have been consciously designed as not just places to drop your wash but community gathering spots. They offer amenities like Wi-Fi, food and coffee, attentive customer service, eco-friendly machines and bright, clean environments where if you drop a garment on the floor, you won’t want to rewash it.

One of the consequences of creating an inviting laundromat is that it becomes overrun by Instagrammers, said Ariana Roviello, the owner of Laundré.

“There are tons of bloggers that come in that don’t even do laundry,” Ms. Roviello said. “They get a coffee and do a photo shoot in the back. You obviously want the exposure. But it’s a tricky thing. People are there doing laundry, going, ‘Why are all these people here?’ I’m always, like, ‘Please don’t sit in the laundry carts. They’re not made for your weight.’”

Blame this folly on Corinna and Theresa Williams, the owners of Celsious, in Williamsburg. Before their laundromat opened last year in a cheerful, high-ceilinged space with a mezzanine cafe, the sisters posed in a laundry cart in Vogue.

Corinna Williams (left) and Theresa Williams, the owners of Celsious.CreditRebecca Smeyne for The New York Times

Said Theresa: “Such a mistake. Now everyone is recreating it.”

Like Ms. Roviello, the Williamses opened their laundromat because, as Corinna put it, they “couldn’t fathom how a place where you went to get your clothes clean could be so not clean”; how otherwise demanding urbanites “accept it as the status quo.”

Sitting in the lofted cafe as the machines spun down below, Corinna offered a simpler explanation for why laundromats, the grungy and the upscale, have become a setting for high-style shoots.

“Fashion is laundry,” she said. 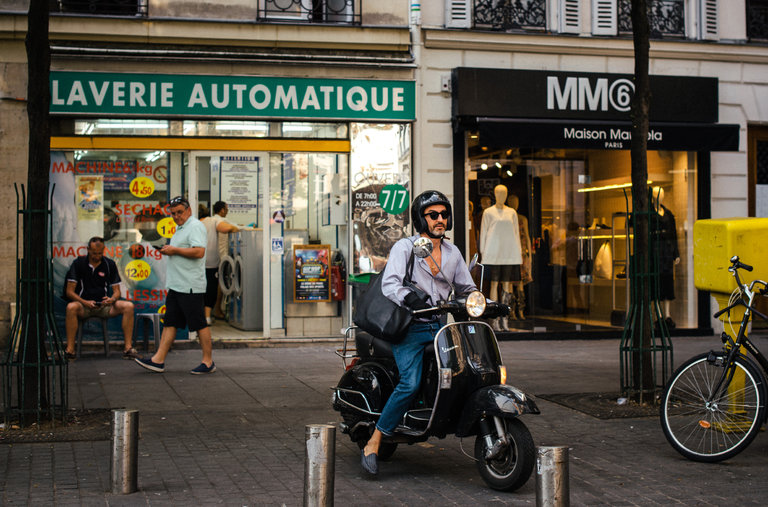 FacebookshareGoogle+sharePinterestpin it
Streaming Movie Review: ‘The American Meme’ Review: For Influencers, Social Media Is Only Skin DeepA Family’s Christmas, Filled With the Tastes of Jamaica
Latest