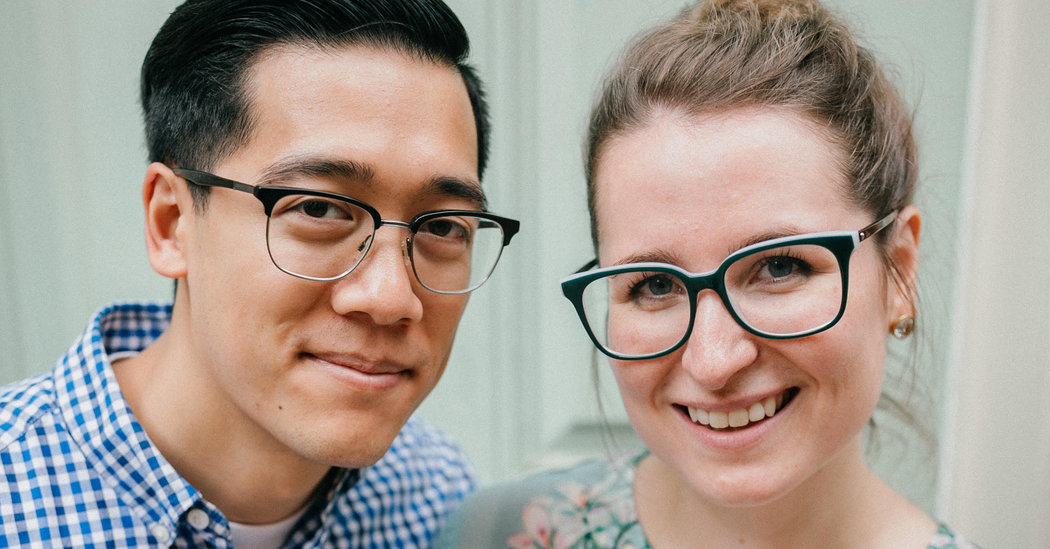 Nora Elizabeth Kelly and Douglas William Lee were married Dec. 8 at the Kimmel Center for the Performing Arts in Philadelphia. Jeffrey Sandy, the bride’s uncle who became a Universal Life minister for the event, officiated.

The couple met in 2010 at the University of Delaware, from which they graduated.

Ms. Kelly, 29, is a senior associate editor at The Atlantic in Washington.

She is a daughter of Rosemary S. Kelly and James F. Kelly Jr. of Merchantville, N.J. The bride’s father works as a sales manager for the TouchTunes Music Corporation, a New York-based interactive music company. Her mother, who is retired, was a deputy court administrator for the Merchantville Municipal Court.

He is the son of Sharon Lee and Atilal Lee of Harrison, N.Y. The groom’s mother works in Rye, N.Y., as a controller for the ACA Financial Guaranty Corporation, an insurance company based in New York. His father, who is retired, was the director of employee benefits for the Metropolitan Transportation Authority in New York.