No Catch-22 Here: To Impress, Try Not To 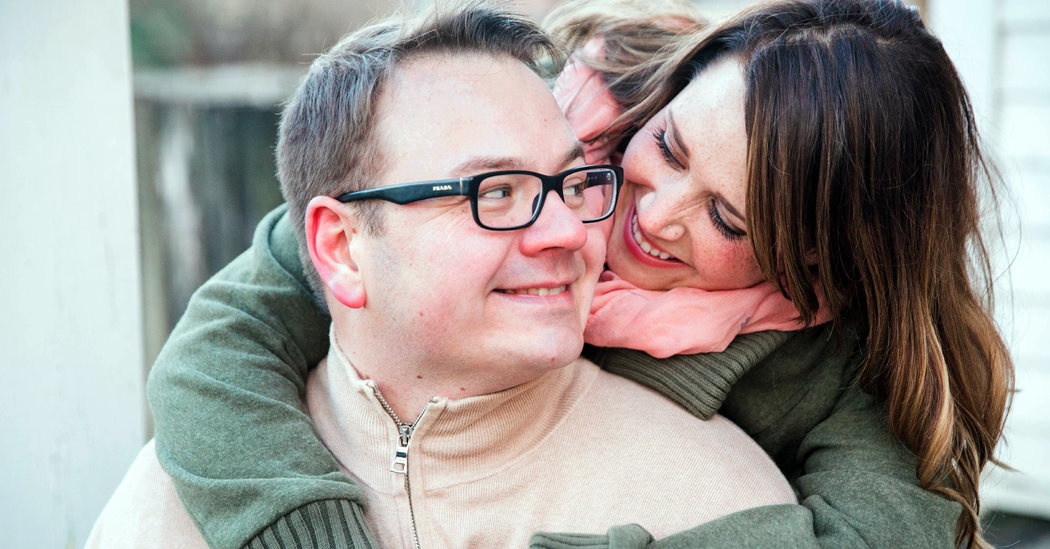 The bride, 34, is the director of development for Church Extension Financial and Missional Resources in Indianapolis. She graduated from Smith College in Northampton, Mass., and received a master’s degree in divinity from the University of Chicago.

She is the daughter of Rev. Dr. Sharon E. Watkins and the Rev. Dr. Richard H. Lowery of Bethany, W.Va. The bride’s father is the president of the Disciples of Christ Historical Society in Bethany. Her mother is the director of the Truth and Racial Justice Initiative for the National Council of Churches in Washington. She preached the inaugural prayer service for President Barack Obama’s first inauguration in 2009 while serving as general minister and president of the Christian Church (Disciples of Christ) in the United States and Canada.

The groom, 38, is a corporate compliance program director for Eskenazi Health, a hospital in Indianapolis. He graduated from Indiana University and received a law degree from Valparaiso University.

He is a son of Joan K. Zielinski and Ronald T. Zielinski of South Bend, Ind. The groom’s mother is an elementary schoolteacher at St. Pius X Catholic School in Granger, Ind. His father retired as a financial analyst for the Executive Office of the U.S. Trustee in the Justice Department in South Bend.

The couple met in May, 2017 through the dating app Bumble.

“I found Joe’s profile refreshing,” Ms. Lowery said. “There were no vanity photos or Kurt Vonnegut quotes. Instead he talked about his love of volunteering, which drew me to him.”

“He seemed down-to-earth and thoughtful,” she added, “without trying too hard to impress.”

Mr. Zielinski was immediately attracted to a picture of Ms. Lowery standing in front of the United States Capitol at the 2017 Women’s March.

“I could tell that she was strong and independent,” he said.

On their first date, at a professional soccer game in Indianapolis, Mr. Zielinski playfully said to Ms. Lowery that if the game had been rained out, he was prepared to impress her with his knowledge of 19th-century feminists.

“At the end of that date, I texted my brother that I had just met my wife,” Mr. Zielinski said. “We got along so naturally, I didn’t have to try and be anyone else around her but myself.”

They began seeing each other as often as possible, and despite a stark difference in personalities — “she is outgoing and tends to be dramatic,” he said, while “he is more the quiet and analytical type,” she said — they found those differences to be complementary.

Within three weeks, they had exchanged “I love yous,” and within three months, they were so convinced they had a future together that they began shopping for wedding rings.

“It may have seemed to the outsider that we were moving too quickly, but we are both at an age where we know ourselves very well and were able to see just how well suited we are as lifelong partners,” Ms. Lowery said. “We share the same values of love for family, loyalty to friends, and service to our broader community.

“He encourages me to reach for all the professional and personal dreams I have, and I want him to succeed in every leadership role he takes on at work or in our community,” she added. “We really are each other’s number one fan.”

He proposed in November 2017 during a trip to Washington that included Ms. Lowery’s parents and her grandfather. When he stopped suddenly to kneel at a spot on the Washington Mall with the Capitol in the background — just as he had first seen her online — she nearly ran him over.

“I guess it was a combination of excitement and nervousness as I was hoping she would say yes,” Mr. Zielinski said, laughing. “Now there’s a lifetime of excitement ahead of us.”

FacebookshareGoogle+sharePinterestpin it
Past Tense: Loss and Bravery: Intimate Snapshots From the First Decade of the AIDS CrisisAnd the Beat Goes On
Latest