Nirav Modi, Fugitive ‘Jeweler to the Stars,’ Is Arrested in London 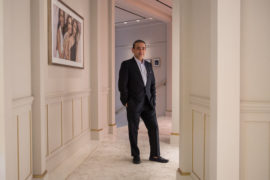 LONDON — Nirav Modi, whose opulent necklaces have been worn by A-list celebrities, was in custody in London after being denied bail following his arrest this week in a bank fraud in India totaling nearly $3 billion.

The Indian government wants to extradite Mr. Modi from Britain to face charges that he, his family and business associates assembled a global empire with money obtained illegally, mostly from government-run banks.

Mr. Modi, whom the authorities had sought since early last year, was arrested in central London on Tuesday after trying to open a bank account, according to news reports.

Mr. Modi’s lawyer, George Hepburne Scott, said at a bail hearing on Wednesday that Mr. Modi had been in living lawfully in London since before the allegations were made last year, according to Reuters. But the district judge, Marie Mallon, was not persuaded and denied bail.

She noted that “there are substantial grounds to believe that you would fail to surrender before the court if bail were to be granted.”

Zulfiquar Memon, Mr. Modi’s lawyer in Mumbai, India, declined to comment on the case. Mr. Hepburne Scott did not respond to requests for comment.

Mr. Modi’s star has fallen swiftly. His designs have graced the ears and collarbones of stars like Taraji P. Henson and Kate Winslet. He has mingled with royalty, and he met with Narendra Modi, India’s prime minister and no relation, in Davos, Switzerland, last year.

But just a week after the meeting with the prime minister, a state-run bank told regulators that it had uncovered nearly $1.8 billion in fraudulent transactions linked to Mr. Modi’s account.

At that point, Mr. Modi fled. Reporters camped outside a hotel in New York where they believed he was staying, and The Daily Telegraph in Britain tracked him down in London’s West End earlier this month.

The chase has captivated many people in India, where some feel that the allegations show how taxpayer-owned banks are footing the bill for the lifestyles of flashy tycoons.

India’s government has also been trying to extradite Vijay Mallya, another high-profile tycoon, from London. Mr. Mallya, a flamboyant businessman who invested in alcohol, air travel and auto racing, became a symbol of the excesses of Indian business. He has been accused of conspiracy to defraud and money laundering.

Mr. Modi’s arrest quickly became a political issue in India ahead of the country’s spring elections, when several hundred million voters will effectively choose the next prime minister.

Party members evoked the image of a chowkidar, or “watchman” in Hindi. The symbol was recently adopted by the B.J.P. as part of an election strategy positioning the incumbent prime minister as an anti-corruption crusader.

“It’s not just difficult but impossible to escape the watchman,” India’s law minister, Ravi Shankar Prasad, tweeted in Hindi above a headline about Nirav Modi’s arrest, drawing on a line from a Bollywood crime film.

In response, opposition politicians noted that Nirav Modi fled India under the B.J.P.

“They are bringing him back for the elections, they will send him back after the elections,” Ghulam Nabi Azad, a leader of the opposition Indian National Congress, told Asian News International.

Mr. Modi is scheduled to appear in court in London on March 29 for another extradition hearing, unless he applies for bail again before that. 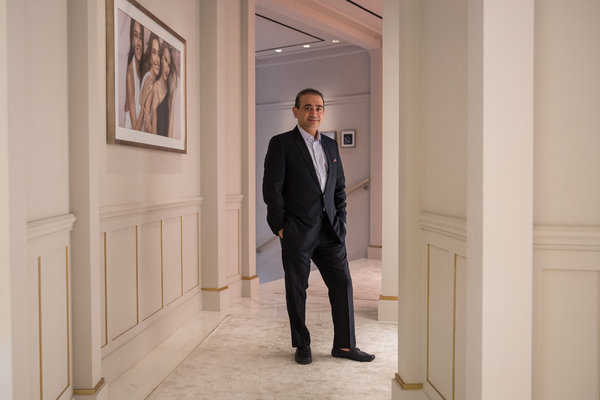 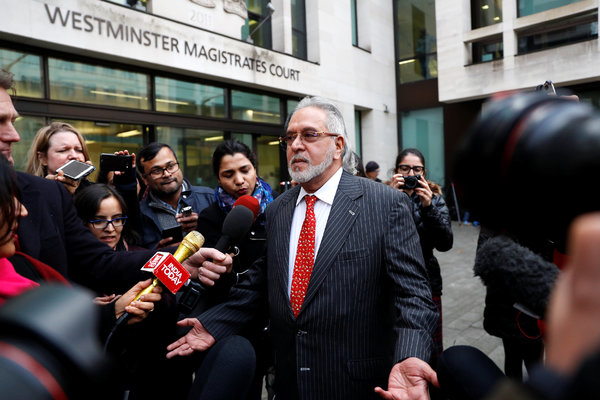 Vijay Mallya, Once India’s ‘King of Good Times,’ Is Arrested in London 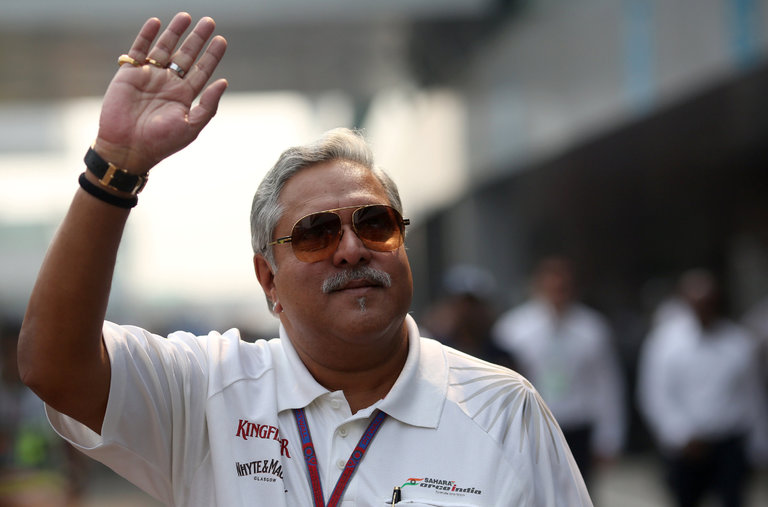