New computational tool could change how we study pathogens 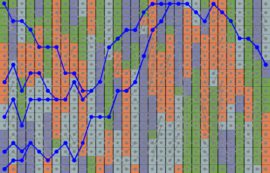 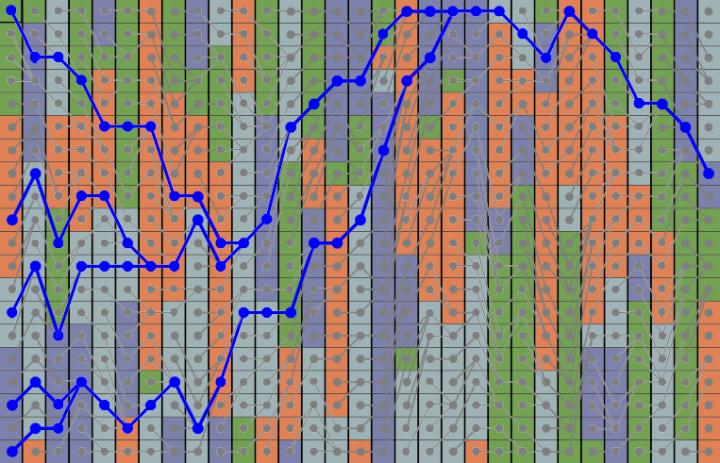 IMAGE: The FSU researchers’ new model allows for increased variation in simulations designed to identify the origins of genetic differences. The graph shows the many different environments that can change the… view more

Their model, which incorporates advanced mathematical strategies, could help revolutionize the way researchers investigate the spread and distribution of dangerous, fast-evolving disease vectors.

The breakthrough research was an interdisciplinary collaboration between postdoctoral mathematician Somayeh Mashayekhi and computational biologist Peter Beerli, both in FSU’s Department of Scientific Computing. Their findings were published in the journal Proceedings of the National Academy of Sciences.

«Ours is the first application of fractional calculus to population genetics,» Beerli said. «This will help us to give better estimates of quantities that may be important to combat pathogens.»

The team’s model, called the f-coalescent for its novel use of fractional calculus, follows in the lineage of a similar but more limited model called the n-coalescent. Proposed by the British mathematician John Kingman in 1982, the n-coalescent allowed scientists to make statistical statements about a population’s past using data collected in the present.

«The n-coalescent introduced a retrospective view of relationships among individuals,» Beerli said.

It allowed researchers to use genomic samples from a population to make probabilistic statements about the origins of different gene variants within that population. This gave scientists unprecedentedly rigorous insight into the scenarios and interactions that helped shape variability in a species over time.

But for all its groundbreaking theoretical advantages, the n-coalescent had one major hindrance: The model operated under the assumption that populations are homogeneous. That is, it assumed each individual shared identical experiences, with the same adversities that threaten their survival and the same benefits that give them a competitive leg up.

This is where the FSU team’s new f-coalescent advances on its predecessor. Their model allows for increased environmental heterogeneity, specifically in location and time intervals. These allowances help yield clearer pictures of when different genetic variations emerge — information that is critical in the analysis of pathogens that evolve rapidly in response to different environments.

In their study, Beerli and Mashayekhi applied the f-coalescent to three real datasets: mitochondria sequence data of humpback whales, mitochondrial data of a malaria parasite and the complete genome data of an H1N1 influenza virus strain.

They found that while environmental heterogeneity seemed to have little effect in the humpback whale dataset, the influenza and malaria data suggested that heterogeneity should be considered when evaluating pathogens that evolve quickly due to changing selection pressures.

«Heterogeneity has effects on the timing in the genealogy,» Mashayekhi said. «The f-coalescent will result in better estimates of this timing, which will lead to important changes in the analysis of pathogens.»

While the f-coalescent offers a promising new method for improving our understanding of the variable and dynamic development of these pathogens, researchers said the model needs to be broadened even more in order to account for the many factors that can influence shifting populations.

«We need to expand our theory beyond a single population and include immigration in the model,» Beerli said. «Only then can we attack problems such as changes in the distribution of influenza or other fast-evolving pathogens.»

The research was funded by the National Science Foundation.