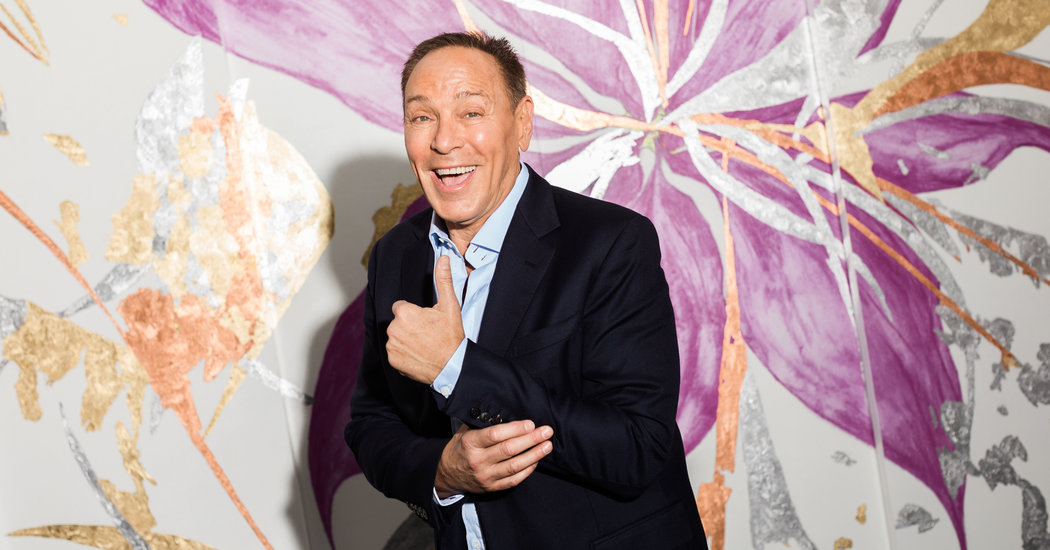 Neil Lane is a fixture of the “Bachelor” franchise. Since 2009, the jeweler has appeared on each season of the reality show to furnish its romantic hopefuls with rocks of all cuts and carats, free of cost. Sometimes those rings lead to long-lasting engagements and marriages. More often, the couples split within months of the finale’s airing. That also means parting ways with their Neil Lane sparkler.

This season, it’s unclear whether there will be a proposal at all. (If you’ve read the spoilers and know otherwise, I don’t want to hear about it.)

When last we saw the leading man of Season 23, an N.F.L. player turned philanthropist named Colton Underwood, he was fleeing the show’s location in the Algarve region of Portugal after a painful breakup with the woman he hoped to someday marry. Though Mr. Underwood has asserted that he and Mr. Lane “met” during filming, thus teasing a potential “happy” ending to the season, some viewers have seized on a detail in promotional videos — an empty ring box in the Bachelor’s hand — as a sign of romantic doom.

“Sometimes it works and sometimes it doesn’t,” Mr. Lane said in an interview ahead of the finale. “With Arie, the ring he gave to Becca didn’t work. So we had to find another ring for Lauren.”

He was referring, of course, to the “most dramatic finale ever” of “The Bachelor” to date, in which Arie Luyendyk Jr. called off his proposal to Becca Kufrin on camera and later proposed to Lauren Burnham, who is now his wife. Mr. Lane was invited to their wedding, as often happens with the couples he ushers toward the altar, but did not attend. He was in New York, working on his latest project: a book about wedding aesthetics, based on decades of consulting for couples, attending lavish ceremonies and traveling the world on ABC’s dime.

“I don’t want to be a wedding planner,” Mr. Lane said. “I don’t want to worry about if the roast beef is overcooked. I don’t. I want to see how you present that roast beef, and how you put it on the plate, and how you do the tablecloth, and the little notes that you write. Instead of just a little note when you come in where you’re sitting — Neil Lane, Table 16 — I want you to do a note under my placing saying, ‘Dear Neil, There are 69 people here. They’re only here because we love them and cherish them. We want them to be here on our special day. You’re one of them.’”

Getting into the bridal industry was largely accidental. Mr. Lane grew up in Marine Park, Brooklyn, and was long intent on becoming a painter. As a teenager, he bought up shiny souvenirs from shops in Chinatown and resold them at flea markets around the city, hoping to turn a profit that would pay for a ticket to Paris. The plan was to see the “Mona Lisa” and pass through Hector Guimard’s Art Nouveau Metro entryways. And he did. But what ended up impressing upon him was a tiny vintage jewelry shop on a side street off the Place Vendôme.

“I looked in, and my nose was to the glass,” he said. The objet d’art that caught his eye was an enamel brooch depicting a “demon” with a large diamond in its mouth and a pearl in its belly. The cost, he said, was $4,000. He had about $6,000 total. After circling the block several times, attempting to negotiate the cost and smoking many cigarettes, he paid the tag price. So began his collection.

Each new addition presented a learning opportunity. “If I bought a little ring with all this Edwardian detail in the platinum, I’d study it for hours with my little 10-power loupe up in my little garret,” he said. “I was on the 10th floor. I had to schlep up there.”

In the ’80s, after years of collecting vintage jewels from antique dealers, Mr. Lane moved to Los Angeles to open up a business of his own. What he found when he arrived were few traces of the Golden Age glamour he’d imagined as an East Coast kid.

At the time, the red carpet was not the widely televised designer-name-dropping opportunity it is today. The first red carpet was only rolled out in 1961, and it took five years for its coverage to be broadcast in color. It wasn’t until E! hired Joan and Melissa Rivers, in 1996, to host its Oscars preshow that the red carpet became a real forum for designer branding and fashion critique, to the delight of viewers at home.

By then Mr. Lane had developed a reputation in the industry, designing engagement rings for young starlets and resetting stones from the ’70s in modern platinum bands. He says that a real turning point was when Renée Zellweger came to his counter in 2001 seeking jewels to wear on the Golden Globes red carpet.

In the intervening years, Mr. Lane took on high-profile custom projects, among them a diamond “M” necklace for Madonna; a marquise-cut engagement ring flanked by smaller pink diamonds for Portia de Rossi from Ellen DeGeneres; and the cushion-cut ring Liam Hemsworth gave to Miley Cyrus when he first proposed. Media and word of mouth have made him one of Hollywood’s favorite jewelers.

Now in his 60s, Mr. Lane oversees an empire that includes his namesake bridal and couture collections, as well as a budget line of wedding rings with Kay Jewelers. To maintain balance in his life, he sticks to a strict morning regimen (“up at 7, breakfast, at the gym by 9, half-hour elliptical, half-hour training, showering and starting my day”). He’s an Aquarius and believes in astrology, not as a series of rigid archetypes, but as an “energetic system” that guides us. He also, as a general rule, does not watch “The Bachelor.” (“I take a peek,” he said. “But no, I don’t have a ‘Bachelor’ party.”)

Perhaps not watching is what’s kept him so optimistic about relationships.

“I do believe love always works out, and that’s part of my thematic thing at the wedding as well,” Mr. Lane said. “It’s all about the love and affection and sharing that people have. And sometimes it doesn’t work out, with all the pretty finery and the lavish or exotic weddings. It just doesn’t. But for a moment in time, there is a real unity between people, there’s a real magnificent energy that comes out of these people that I’m working with. I focus on that.”