My Workout: How Diggy Simmons, the Son of Rev Run, Keeps It Real 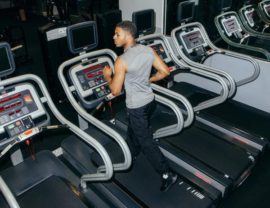 Diggy Simmons, 23, the son of Rev Run of Run DMC, has stepped out of his father’s shadow. His second studio album, “Lighten Up,” was released last month. And he has a supporting role on the ABC sitcom “grown-ish” (the spinoff of “black-ish”), which begins its second season in January. In addition to dividing his energy between music and acting, he splits his time between New York and Los Angeles. Here’s how he keeps it all together.

I love to start the morning with room temperature water with lemon. That’s my thing. The rest of the morning depends on what my schedule calls for. If I have an early, early call, like 5 a.m., I’m doing the call first and heading straight to set. From there, I figure out how I can get to the gym and fit in a workout.

I’m getting a workout in, usually six days a week. I’m constantly adjusting my workout. Right now I’m trying to lean out and gain mass at the same time. I’m doing a bit of everything. I start on the treadmill. Then I do weights. I’ll do stuff with a resistance band. Sometimes, it’s kettle bell work. I’ll also do walking lunges, jump squats and some lighter weights.

I’ve had the same barber since I was 16 years old — he’s trusted. His name is Sincere Giles. I shoot in L.A. though, so my hair will grow. The barbers on set know exactly what I need at this point. They’ve seen pictures, and I’m specific as well. It’s really just trims at this point.

I’m actually pretty specific and serious about skin care. When you don’t do the routine, that’s when the acne comes. I have a great dermatologist, Dr. Susan Evans, who’s in Beverly Hills. The cleanser I use is by EltaMD. I kind of bounce around on my moisturizer, but I like the one by Simple. It’s a drugstore product. One day I didn’t have time to get a more high-end brand when I discovered that and thought, “I’m going to keep using it, it’s not bad at all.”

I’m all about vintage clothing shopping. I shop in Long Beach, Calif., a lot. There are some places in Manhattan, too. I’m currently in L.A. for work and I had to go to Atlanta this past Sunday so I missed the Rose Bowl Flea Market, which happens every second Sunday. I can’t believe I missed it again. 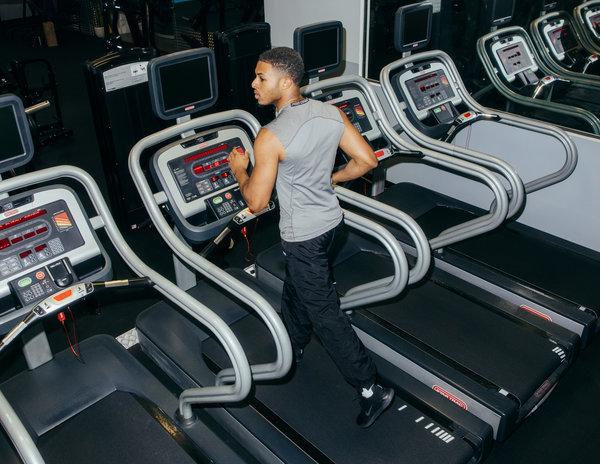 Instagram can be a super distraction. I don’t allow it to overtake my life. I delete my app from time to time. . I see the generation below me and how Instagram and social media has become such a big part of their lives. I am so old school. I love meeting the person face to face. Relationships are everything in any career, or whenever you want to build anything substantial.

I’m in Los Angeles a lot now. I’ve come to really like it here. I found my routine: It’s going to my favorite juice bar every day, and making my way very slowly from there to the gym, and making my way very slowly to the house. Then it’s getting creative before the studio and getting ideas together. Maybe I’ll meet up with a friend or get lunch. Then it’s getting into the studio at night. You’re doing all of that while the weather is nice.

My father has given me a ton of advice about the music industry. I’d say a good lesson is how much he pushes individuality. He’s always pushed me to not be trendy, to go based off your heart and trust that whoever is supposed to find your music is going to find it. He always says, “Don’t sacrifice your integrity by trying trends. It’s about longevity.”