Mom, Can You Please Cover Up? 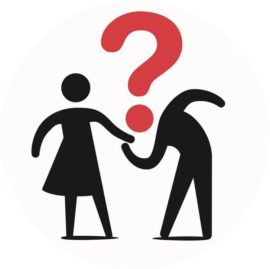 I am a teenage boy, and I have a dispute with my mom. She has tattoos all over her arms and back, and they’re not particularly nice ones. I’d call them R-rated. My friends think she’s weird, and they’ve made remarks to me about the tattoos. I’ve asked her to cover them up when my friends are around. But she says that if people don’t like her tattoos, that’s their problem. (She means me.) Was I out of line for asking her to be discreet about the tattoos to save me some embarrassment?

Actually, I think you missed your mom’s point, which is bigger than swiping at you or making the tattoos anyone’s “problem.” Your mother is a full-fledged person, not simply a mom — which may be the (understandably) narrow lens through which you’ve always seen her. Let’s broaden your focus.

As an adult, she is free to make her own choices about her body and body art. You’re entitled to have feelings about her tattoos. But to ask her to hide them to save you embarrassment is like asking her to pretend to be a different person — because you’re ashamed of the one she is. That has to sting.

Imagine if she asked you to act or dress more like the kid down the block to be more appealing to her friends. Ouch, right? That’s not the unconditional support we aim to give our closest family members. I think you can do better.

The next time one of your pals makes a crack about your mom’s tattoos, say: “I’m not crazy about them, either. But she’s a great person and a terrific mother.” When you can say that and really mean it, Brian, you will be a terrific son. 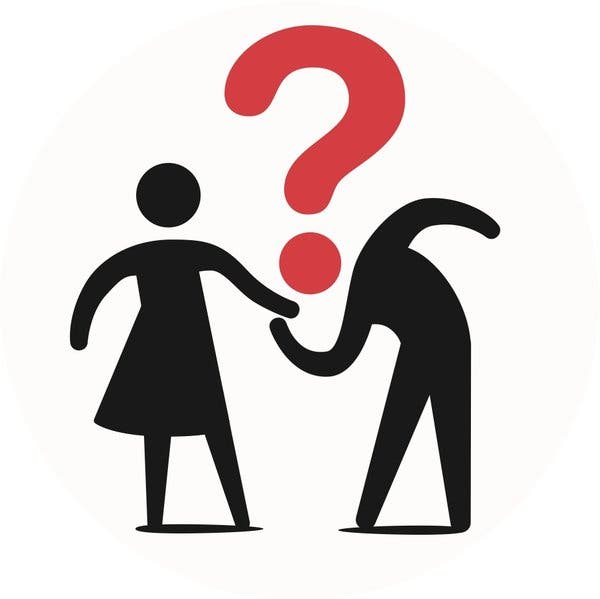 One of my closest friends is very cheap with money. We live cross-country from each other. The last time I visited her, she asked me to pay $7 for wine she bought us — two days before I arrived in her town! When she visits me, I’m happy to pay a larger share for food and drinks. It’s a courtesy to someone who’s traveled a long way to see me. When we were in college and didn’t have any money, I understood the importance of splitting things equally. But we graduated three years ago and both of us have well-paying jobs. We can easily afford small luxuries like cocktails. I don’t want to cause a fight by denying her requests, but isn’t asking to split the cost of wine before I even arrive a major breach of etiquette?

It would be simple as pie for me to agree that your friend is cheap, add my thump to the chorus of foot-stomping and move along. But in my experience, people like your friend are often acting out of a belief that they don’t have enough. That feeling may not be rational, but it can still be what’s motivating her.

Three years of supporting yourselves is not exactly an eternity. She may not share your sense of financial security. Or money may be a proxy for another worry. The next time you see her, say: “Sometimes I can’t believe we’re doing so well just three years after college. You?” It would be kind to invite her to discuss her feelings. (Or she may be a gigantic cheapskate!)

My son (36) is not speaking to my daughter over a perceived snub. She has apologized and is trying to make it right, but he won’t talk to her. Now, he says he won’t attend her upcoming wedding. My heart is broken! Suggestions?

I don’t believe that a brother skips his sister’s wedding over a single snub. This probably goes much deeper than that. I’m sorry your heart is broken. But I think you should step aside and let your (adult) children untangle their mess on their own schedule. Your involvement is not likely to improve this conflict. (Sorry.)

You Call This Comedy?

An acquaintance, a retired elementary schoolteacher, has started a new career as a standup comedian. I asked her when her next performance would be, and she mentioned that videos of previous performances are on YouTube. Well, I watched two of them, and they were awful! Not even the audience laughed. (As part of her routine, she makes fun of her age and appearance.) Is there a polite way to tell her I’m not attending?

The reason to attend our friends’ new endeavors (their amateur art openings, piano recitals and improv performances) is not to witness their greatness, but to applaud their bravery in trying something new. It’s much easier to watch a video and carp about it than to stand up in public and bomb.

If you don’t want to go, claim a previous engagement. But I think it’s terrific that your friend is trying to flex new muscles after her retirement. As for her material, the late, great Joan Rivers killed with jokes about her age and appearance. Maybe your friend will, too, with time and practice.