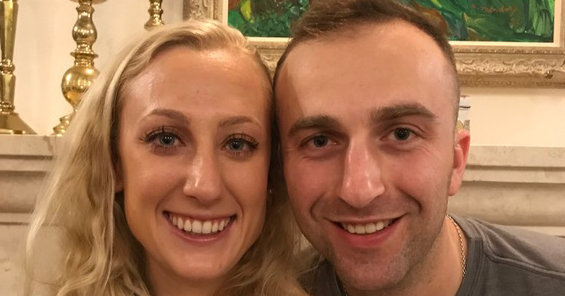 She is a daughter of Ingrid Person Cordell and Coleman Wynn Cordell of Winter Park. The bride’s father is a managing director for Bank of America, Merrill Lynch, in Winter Park. He is also a board member of both the Florida Foundation at the University of Florida, and the University of Florida Business School. Her mother is a board member of the Orlando Shakespeare Theater and Support Our Scholars in Central Florida.

Lieutenant Wartski, 26, is an executive officer of a tank company, known as Charlie Company, with the First Battalion, Fifth Cavalry Regiment at Fort Hood, Tex. He graduated from the United States Military Academy.

He is a son of Donna Capitelli Wartski and retired Col. James Z. Wartski of Oviedo, Fla. The groom’s mother is a director, medical outcomes specialist for the United States Medical Affairs at Pfizer in Orlando. His father serves as the executive director of community engagement, veterans experience for the Department of Veterans Affairs in Washington. He is also a board member of the Association of Graduates at the Military Academy.

The couple met in high school in Winter Park, but did not start dating until she was a sophomore in college and he was a junior at West Point.