Mini-Vows: They Grew Closer Despite a Geographical Distance 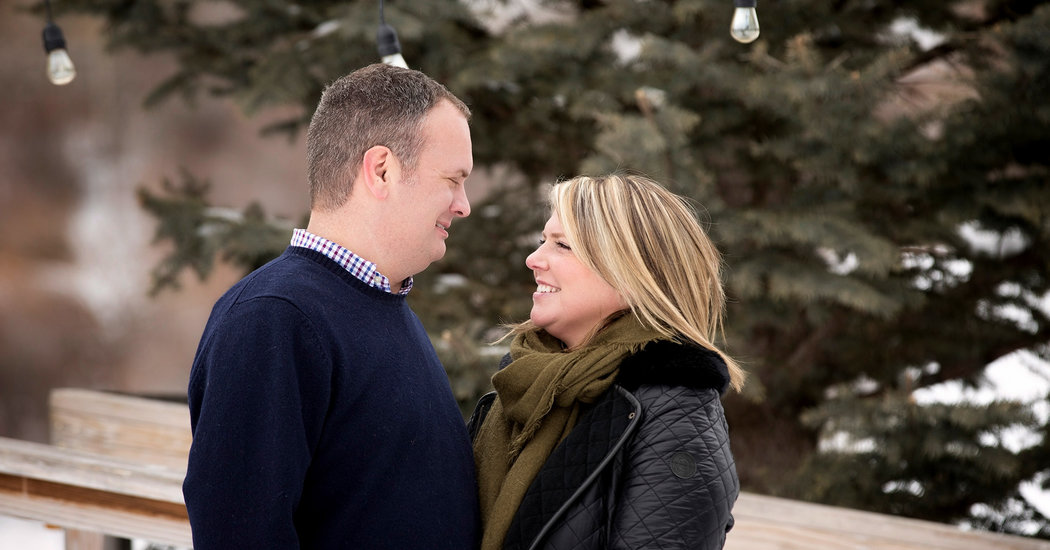 Samantha Brianne Webb and Brendan Patrick McCarthy were married Dec. 7 at the Mansion in Mountain Lakes, N.J. The Rev. Ross Lang, a Presbyterian minister, officiated, with Msgr. John J. Carroll taking part in a ceremony that incorporated both Presbyterian and Catholic wedding traditions.

The bride, 35, works in the investor relations department at Bain Capital in New York. She graduated from New England College in Henniker, N.H.

She is a daughter of Cyndi Webb of Mountain Lakes, and the late Bill Webb. The bride’s father was a Major League Baseball television sports director for both Fox Sports and New York Mets telecasts on SNY. He directed 17 World Series, 18 All-Star Games and many other significant sports events, including the 1988 Winter Olympics in Calgary, Canada. He also won dozens of Emmy Awards as part of various broadcast teams throughout his career, and seven individual Emmys. In 2016, he was elected to the Sports Broadcasting Hall of Fame.

Mr. McCarthy, who is 40 and works in Billings, Mont., is an assistant United States attorney for the District of Montana. He graduated from Notre Dame, from which he also received a law degree.

He is a son of Carolyn S. McCarthy and G. Daniel McCarthy of Scottsdale, Ariz. The groom’s father retired as a partner in Gibbons, a law firm in Newark. He was previously general counsel of the Hewlett-Packard Financial Services Company in Murray Hill, N.J.

“There was just something so captivating about him,” Ms. Webb said. “He was super-funny and charismatic, and a gentleman in an old-school kind of way, which reminded me of my dad.”

Two weeks after they met, Mr. McCarthy went on a business trip to Columbia, S.C., and arranged to meet Ms. Webb for a long weekend in Charleston, about two hours away.

“She was smart and beautiful and someone who made me laugh so easily,” said Mr. McCarthy, who grew up in Chatham, N.J. “Though I felt she was completely out of my league, I thought ‘Well, let me at least give this thing a shot.’”

After exploring Charleston together, they had dinner at a local bistro and decided to continue seeing each other despite the fact that they were living on opposite sides of the country, she in Boston and he in Billings.

“Talking with her was so easy, it was as if she was someone I had known my whole life,” Mr. McCarthy said. “We also have a lot in common given the fact that we grew up not far from each other in New Jersey.”

Ms. Webb said she is looking forward to the day when she and Mr. McCarthy can eliminate the distance between them.

“It’s been about two years since we’ve been going back and forth to see each other,” she said, “but I’m anxious to begin living with Brendan and starting a family together.”