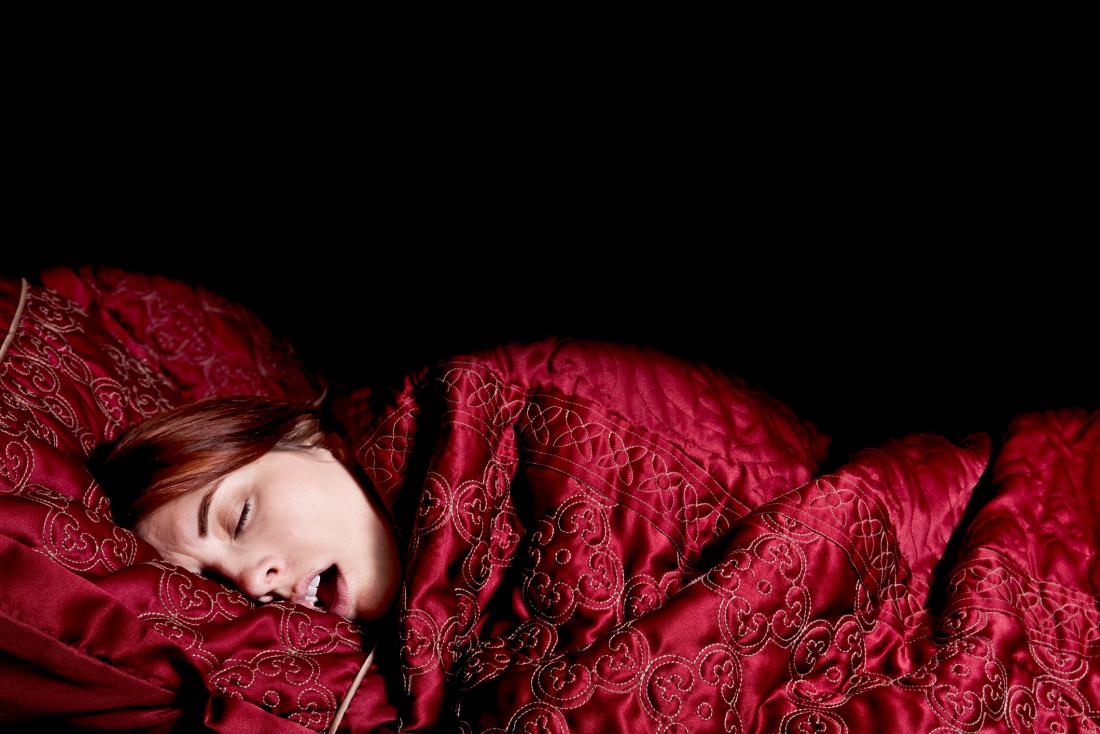 A recent study unlocks the health issues linked to snoring.

«Snoring» refers to a sleeping pattern in which a person breathes while emitting a snorting or grunting sound.

The National Sleep Foundation suggest that 90 million people in the United States snore.

Snoring might become more dangerous as people age, and it can also lead to heart disease.

There are different types of sleep apnea, but the most common is called obstructive sleep apnea (OSA). At least 18 million U.S. adults have sleep apnea.

This condition affects breathing patterns while sleeping, causing a person to stop breathing and start again repeatedly. About half of people who snore loudly have OSA.

When OSA occurs, the muscles in the throat that are responsible for keeping the airway open actually prevent the flow of air.

According to a new study presented recently at the annual meeting of the Radiological Society of North America — held in Chicago, IL — snoring and OSA may lead to earlier impairment of cardiac function in women than in men.

It is unclear whether or not sleep apnea directly causes heart disease, but some specialists believe that people with sleep apnea are at risk of developing hypertension, or high blood pressure.

Many people who have sleep apnea also have co-existing diseases. This is one of the reasons why it is harder to establish a direct link between sleep apnea and heart disease.

OSA is also associated with obesity, which is a risk factor for heart disease.

Obesity contributes to sleep apnea, and the sleep deprivation that sleep apnea causes can give rise to further obesity, in the long-term. As a person gains more weight, the throat muscles that keep the airway open relax, and sleep apnea becomes more serious.

Women who snore may be at greater risk

The researchers analyzed data associated with cardiac parameters in relation to diagnosed OSA and self-reported snoring using data from the UK Biobank.

The UK Biobank is an international health resource, open to researchers, that aims to improve the prevention, diagnosis, and treatment of diseases.

The data were of 4,877 participants who had received a cardiac MRI scan. The scientists divided them into three groups: those with OSA, those with self-reported snoring, and those with neither.

When the researchers compared the snoring group with the group without sleep disorders, they found a striking difference in the left ventricular mass in women compared with men.

These patterns in people who self-reportedly snore may be an indication of undiagnosed OSA.

«We found that the cardiac parameters in women appear to be more easily affected by the disease and that women who snore or have OSA might be at greater risk for cardiac involvement.»

OSA may be vastly underdiagnosed

The researchers also found that the number of diagnosed OSA cases in the study was extremely low, suggesting that OSA may be underdiagnosed across the board.

Dr. Curta, a radiology resident at Munich University Hospital in Germany, urges people who snore to get screened for OSA and those with OSA to seek treatment.

«I would encourage people who snore to ask their partner to observe them and look for phases during sleep when they stop breathing for a short while and then gasp for air,» says Dr. Curta.

He continues, «If unsure, they can spend the night at a sleep lab where breathing is constantly monitored during sleep and even slight alterations can be recorded.»

The team now hopes to conduct more research to fully understand the sex differences linked to snoring and OSA.

FacebookshareGoogle+sharePinterestpin it
Egyptian Actress Dressed to Impress. She Could Be Jailed for Debauchery.Leola Westbrook, John Lawrence
Latest