Medical News Today: Sleeping more on weekends does not make up for past sleep loss 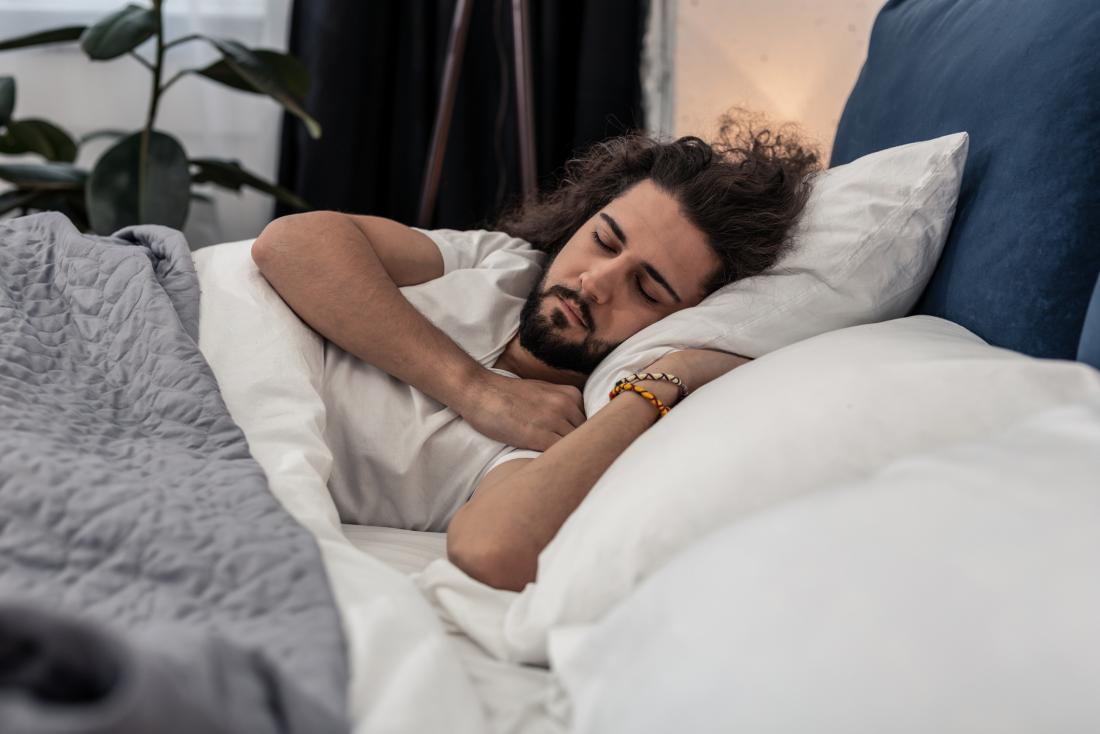 Researchers warn that we should not rely on weekend lie-ins as a way to catch up on sleep.

The Centers for Disease Control and Prevention (CDC) report that approximately one-third of all adults in the United States do not meet the recommended threshold for sleep, which the CDC’s guidelines state as being at least 7 hours per night.

Sleep deprivation can occur for various reasons, including sleep disorders, but it often stems from daily stress, too many work commitments, or an otherwise hectic life.

There is a strong association between getting too little sleep on a nightly basis and an increased risk of developing certain metabolic conditions, including obesity, diabetes, and cardiovascular problems.

When we regularly get insufficient sleep on weeknights, many of us hope to repay our sleep debt by sleeping late on weekends. A study that featured last year in the Journal of Sleep Research suggested that this practice can be very beneficial in maintaining our health.

However, a new study, the findings of which appear in Current Biology, contradicts this conclusion. This new research indicates that weekend lie-ins are not, in fact, enough to reverse the damage that sleep loss during the week causes.

«The key take-home message from this study is that ad libitum weekend recovery or catch-up sleep does not appear to be an effective countermeasure strategy to reverse sleep-loss-induced disruptions of metabolism,» points out study author Kenneth Wright, from the University of Colorado Boulder.

To test whether weekend lie-ins could counteract the adverse effects of chronic sleep loss, the researchers behind the present study recruited 36 young, healthy adult participants.

They then randomly divided the participants into three groups:

The researchers found that all of the participants who had to restrict their sleep during the week gained the habit of snacking after dinner, which also led to weight gain.

However, the study participants who enjoyed a weekend lie-in packed in fewer calories when snacking after dinner than those who continued on a restricted sleep regimen.

Nevertheless, even after having the chance to sleep in on weekends, individuals who went back to restricted sleep patterns during the week continued to experience dysregulations of their body clock. They carried on with their after-dinner snacking habit and continued to put on weight.

In terms of specific metabolic changes, the researchers noticed that the participants who restricted their sleep every night had lower insulin sensitivity, experiencing a decrease of approximately 13 percent. High insulin sensitivity is usually a marker of good health, while low sensitivity to this hormone — called «insulin resistance» — can indicate diabetes.

While the decrease in insulin sensitivity among those in the restricted sleep group was not a surprise, the participants who had caught up on sleep at the weekend did not, in fact, experience much better results.

Despite their weekend lie-in, these participants still had lower insulin sensitivity than usual, and once they started experiencing sleep loss again during the week, their insulin sensitivity, both overall and in the liver and muscles specifically, decreased by between 9 and 27 percent.

«Our findings show that muscle- and liver-specific insulin sensitivity were worse in subjects who had weekend recovery sleep,» notes first author Christopher Depner, adding that this particular finding was surprising for the research team.

«This finding was not anticipated and further shows that weekend recovery sleep is not likely [to be] an effective sleep-loss countermeasure regarding metabolic health when sleep loss is chronic.»

In the future, the research team aims to explore further whether or not sleep catch-up strategies, including daytime napping, can reverse the damage of sleep loss, and if so, to what extent and under what circumstances.