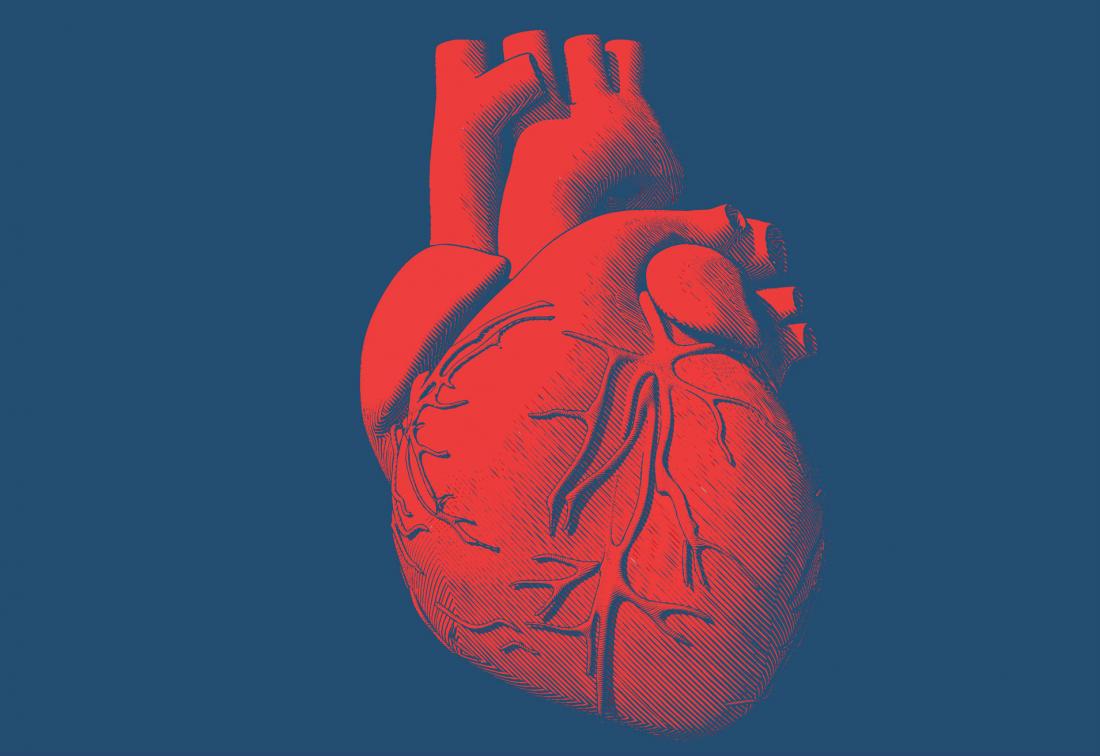 New experiments in mice find that a small molecule can restrict the damage to heart muscle that a heart attack can cause.

Tests on mice have revealed that the drug could markedly reduce heart injury from a heart attack.

The small-molecule drug blocks the protein MAP4K4, which relays the oxidative stress signals that cause the death of heart muscle cells and damage to tissue.

«There are no existing therapies,» says lead investigator Dr. Michael D. Schneider, from Imperial College London in the United Kingdom, «that directly address the problem of muscle cell death, and this would be a revolution in the treatment of heart attacks.»

Schneider and the team report their findings in a paper that now appears in the journal Cell Stem Cell.

There, they also describe how they grew heart tissue from human stem cells and developed a way of modeling a «heart attack in a dish» for testing the drug.

Heart attack is the common name for myocardial infarction, which means the death of heart muscle tissue due to a lack of oxygen and nutrients. It occurs when a clot obstructs one of the arteries that bring nutrient- and oxygen-rich blood to the heart.

When they don’t get enough oxygen and nutrients, the heart cells become stressed, generate stress signals, and eventually die.

Loss of cells damages the heart muscle, causing the heart to pump less efficiently. This leads to heart failure, which is a condition wherein the heart cannot pump enough blood to meet the body’s needs.

According to the Centers for Disease Control and Prevention (CDC), around 5.7 million adults in the United States have heart failure.

People with heart failure struggle with everyday activities and get out of breath easily. They feel weak and tired nearly all the time and have trouble breathing when they lie down. Other symptoms include weight gain and swelling in the feet, ankles, legs, and stomach.

Thanks to treatments such as drugs that break up blood clots and stents that keep arteries open, an increasing number of people are surviving heart attacks. This means that the number living with heart failure is also increasing.

So, while it is crucial to restore blood flow following a heart attack, there is also a need to add treatments that limit this «reperfusion injury.» Scientists have been searching for such treatments for some time.

Dr. Schneider and his team are the first to uncover the role of MAP4K4 in the process through which a heart attack, by inducing oxidative stress, kills heart muscle cells.

In their investigation, they revealed that MAP4K4 is active in heart tissue of people with heart failure, and also in mice, following a heart attack.

They then devised a number of «highly selective» small-molecule blockers of MAP4K4 and demonstrated that their use can effectively protect human heart muscle cells from «lethal experimental injury.»

They used chemicals to induce oxidative stress in heart cells and human heart muscle tissue that they had grown from human induced pluripotent stem cells.

The team observed how oxidative stress activated MAP4K4 and how raising levels of the protein also made heart muscle cells more sensitive to it. Blocking the protein, on the other hand, protected the cells from stress-induced death.

Following the cell experiments, the scientists selected one candidate small molecule and took it forward «into further proof-of-concept studies in mice.»

The team found that giving mice the drug 1 hour after restoring blood flow to the heart reduced reperfusion injury «by more than 50 percent.»

The researchers hope that their findings will lead to an injection that doctors can give to people about to undergo balloon angioplasty to open a blocked artery following a heart attack.

Another possibility is that such a drug could also help limit heart muscle damage from heart attacks in regions with no rapid access to treatments that restore blood flow.

The team believes that, because they tested the drug in a model that they had developed using human stem cells, it should stand a good chance of succeeding in human clinical trials.

«One reason why many heart drugs have failed in clinical trials may be that they have not been tested in human cells before the clinic. Using both human cells and animals allows us to be more confident about the molecules we take forward.»