Matter: Why Would an Animal Trade One Body for Another?

As a child growing up in the Netherlands, Hanna ten Brink spent many days lingering by a pond in her family’s garden, fascinated by metamorphosis.

Tadpoles hatched from eggs in the pond and swam about, sucking tiny particles of food into their mouths. After a few weeks, the tadpoles lost their tails, sprouted legs and hopped onto land, where they could catch insects with their new tongues.

Eventually Dr. ten Brink became an evolutionary biologist. Now science has brought her back to that childhood fascination.

Eighty percent of all animal species experience metamorphosis — from frogs to flatfish to butterflies to jellyfish. Scientists are deeply puzzled as to how it became so common.

What evolutionary path could lead to a caterpillar — an admirably adapted leaf-eating machine — to tear down its body and rebuild it as a butterfly?

In the May issue of American Naturalist, Dr. ten Brink, now a postdoctoral researcher at the University of Zurich, and her colleagues lay out a road map for the evolution of metamorphosis. It has appeared, they argue, as a way for a species to eat more food.

The path to that feast is hard to travel, and metamorphosis has only arisen a few times in history. But once it does, the scientists also find, it rarely disappears.

Dr. ten Brink, Andre M. de Roos of the University of Amsterdam, and Ulf Dieckmann of the International Institute for Applied Systems Analysis in Austria created complex mathematical equations that captured some of the fundamentals of animal life — how much food they eat, how fast they grow, how many offspring they had and so on.

The researchers began by considering animals that didn’t go through metamorphosis. Keeping the same body through their lives, they are well adapted to one kind of food.

But what if their environment contained a second food, one that they could consume as adults if they evolved a different anatomy? Natural selection would prevent the animals from adding the second food to their diet, the researchers found.

In this case, evolution favors specialists: If animals evolve to eat the second food, their offspring will become worse at consuming the original diet when they’re young. More of them will die before they can mature.

“The obvious solution to the problem is to evolve metamorphosis,” said Dr. ten Brink. Young animals stay well adapted to the original food, while adults switch to the new food with a rebuilt body.

But animals pay a steep price to go through metamorphosis. They burn a lot of calories to tear apart the old anatomy and develop a new one. There’s a chance that this complicated process will go awry, leaving them with defects.

Metamorphosis also takes time, leaving animals vulnerable to predators and parasites. In many cases, Dr. ten Brink and her colleagues found, the cost of metamorphosis is too high for it to be favored by natural selection.

“You have to get back something really good,” she said.

Natural selection will favor metamorphosis if adult animals are rewarded with an abundant supply of food — enough to make up for the cost and to allow them to have lots of offspring.

In early stages of this shift, the adults will start out poorly adapted to the new food. But there’s so much for them to eat that they still get a decent meal.

“I like the concept — I like that they tried to look for the ultimate cause,” said Joanna Wolfe, a postdoctoral researcher at Harvard. But she wondered if food is the only reward that can help drive the evolution of metamorphosis.

Some species might benefit in other ways. Adults might take on bodies that allowed them to find mates more successfully, for instance. Larvae in the ocean might change their forms in order to be carried far away by the currents, expanding their range.

“I would like to see some things added to their model,” she said.

Dr. ten Brink agreed that the new study is a foundation for more detailed ones. “This paper is really the start of something,” she said.

If animals so rarely evolve metamorphosis, why is it so common? One reason may be that once metamorphosis arises, it’s very hard for a species to lose it.

It’s easy enough to imagine a situation where giving up metamorphosis would be a benefit. Imagine an outbreak wiping out the food that adults eat. For the species, it would be advantageous for individuals to remain larval and survive on what food remains.

But in most situations, Dr. ten Brink’s study suggests, evolution works against our expectations. If the adult food gets harder to find, natural selection will favor adults that do a better job of finding what little food is left.

Vincent Laudet, a biologist at Pierre and Marie Curie University in Paris, said his own research on vertebrates supported Dr. ten Brink’s findings.

The first fish species went through metamorphosis, he noted, and it has largely endured for over half a billion years.

“In some vertebrates, metamorphosis is camouflaged, but it is never lost,” Dr. Laudet said.

When Dr. Laudet speaks of “some vertebrates,” he includes us. When babies leave the womb, their tissues undergo important changes, governed by some of the same hormones that spark metamorphosis in frogs and other animals.

“Our birth, biologically speaking, is a metamorphosis,” Dr. Laudet said. 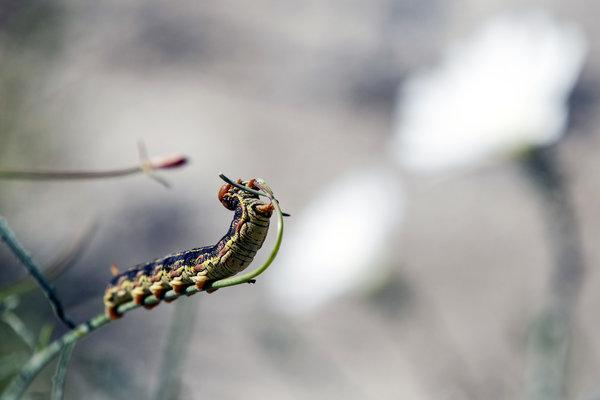 Metamorphosis may carry a steep price, burning calories and raising the odds of bodily defects.CreditEtienne Laurent/EPA, via Shutterstock