Matter: The Planet Has Seen Sudden Warming Before. It Wiped Out Almost Everything. 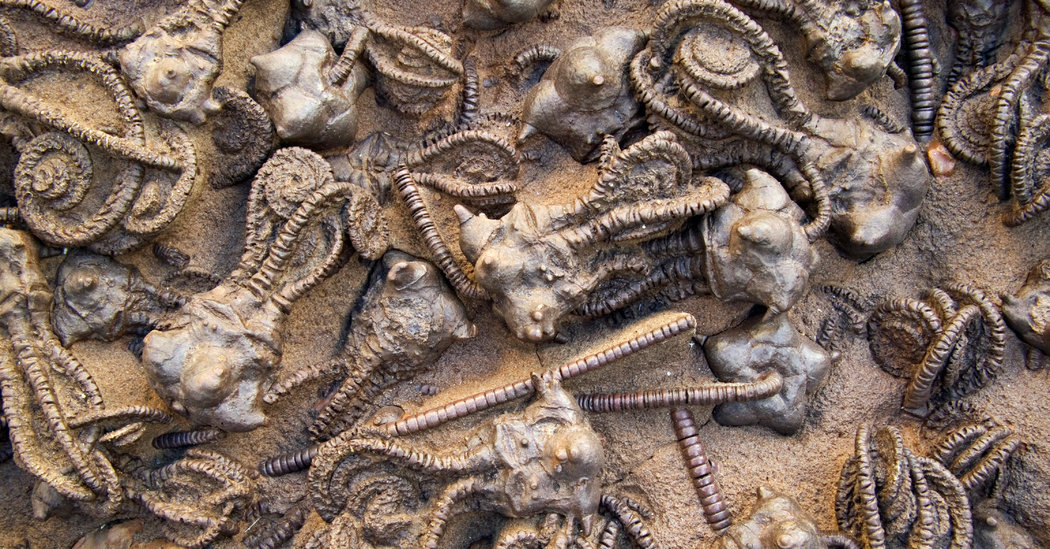 In the oceans, 96 percent of all species became extinct. It’s harder to determine how many terrestrial species vanished, but the loss was comparable.

This mass extinction, at the end of the Permian Period, was the worst in the planet’s history, and it happened over a few thousand years at most — the blink of a geological eye.

On Thursday, a team of scientists offered a detailed accounting of how marine life was wiped out during the Permian-Triassic mass extinction. Global warming robbed the oceans of oxygen, they say, putting many species under so much stress that they died off.

And we may be repeating the process, the scientists warn. If so, then climate change is “solidly in the category of a catastrophic extinction event,” said Curtis Deutsch, an earth scientist at the University of Washington and co-author of the new study, published in the journal Science.

Researchers have long known the general outlines of Permian-Triassic cataclysm. Just before the extinctions, volcanoes in what is now Siberia erupted on a tremendous scale. The magma and lava that they belched forth produced huge amounts of carbon dioxide.

Once in the atmosphere, the gas trapped heat. Researchers estimate that the surface of the ocean warmed by about 18 degrees Fahrenheit. Some researchers argue that the heat alone killed off many species.

Others believe that the warmth reduced oxygen in the ocean, asphyxiating the species living there. Rocks from the mass extinction appear to have formed when at least some of the ocean was lacking oxygen.

In previous research, Dr. Deutsch has explored how living animals adapt to temperature and oxygen levels in the seas. Animals with a fast metabolism need a lot of oxygen, for example, and so they can’t live in parts of the ocean where oxygen falls below a certain threshold.

Cod, for example, are not found below a latitude running roughly from New England to Spain. South of that line, warmth and low oxygen are just too great for the species.

Dr. Deutsch and Justin Penn, a graduate student, recreated the world at the end of the Permian Period with a large-scale computer simulation, complete with a heat-trapping atmosphere and a circulating ocean.

As the Siberian volcanoes flooded the virtual atmosphere with carbon dioxide, the atmosphere warmed. The ocean warmed, too — and according to the model, it began losing oxygen.

Some parts lost more than others. On the surface, for example, fresh oxygen was produced by photosynthetic algae. But as the ocean warmed, its circulatory currents also slowed, the model demonstrated.

Oxygen-poor water settled to the bottom of the oceans, and before long, the deep was gasping.

Rising temperatures and plunging oxygen must have made huge swaths of the oceans uninhabitable. Some species survived here and there. But most disappeared completely.

“Everything was losing a lot of habitat, creating the risk of extinction,” said Dr. Deutsch. “But the risk was actually higher in places that were cold. That was a bit surprising.”

You might expect that animals near the Equator would be at a greater risk, because the water was warm to begin with. But Dr. Deutsch’s model suggested a very different kind of apocalypse.

Animals in oxygen-rich cold water could not handle the sudden drop, while those in tropical waters were already adapted to poor oxygen. And the cold-water species could not find refuge elsewhere.

To test their simulation, the researchers teamed up with Jonathan Payne and Erik Sperling, paleontologists at Stanford University. They dug into a huge online database of fossils to chart the risks of extinction at different latitudes during the catastrophe.

When they were done with their analysis, they sent their graph to Seattle. Dr. Deutsch and Mr. Penn compared it to the prediction from their computer model.

They matched. “This was the most exciting moment of my scientific life,” said Dr. Deutsch.

Michael Benton, a paleontologist at the University of Bristol in England, who was not involved in the study, said that it resolved the roles of heat and oxygen as causes of the mass extinction. “This makes a clear case that, of course, the two are linked,” he said.

The new study offers an important warning to humans over the next few centuries.

The Siberian volcanoes ultimately delivered much more carbon dioxide into the atmosphere than we will ever emit by burning fossil fuels. But our annual rate of carbon emissions is actually higher.

The carbon we released over the past two centuries already has made the atmosphere warmer, and the ocean has absorbed much of that heat. And now, just as during the Permian-Triassic extinction, the ocean is losing oxygen. Over the past fifty years, oxygen levels have declined by 2 percent.

“The way the Earth system is responding now to the buildup of CO2 is in the exact same way that we’ve seen it respond in the past,” said Dr. Kump.

Just how much warmer the planet will get is up to us. It will take a tremendous international effort to keep the increase below about 4 degrees Fahrenheit.

If we proceed to use up all the fossil fuels on Earth, it could warm by as much as 17 degrees Fahrenheit by 2300.

As the ocean warms, its oxygen levels will continue to drop. If ancient history is any guide, the consequences for life — especially marine life in the cooler parts of the ocean — will be disastrous.

“Left unchecked, climate warming is putting our future on the same scale as some of the worst events in geological history,” Dr. Deutsch said.

FacebookshareGoogle+sharePinterestpin it
Flatiron Lounge, a Craft Cocktail Pioneer, Will CloseA Good Appetite: A Makeover for the Most Spirited Cookie on the Plate
Latest