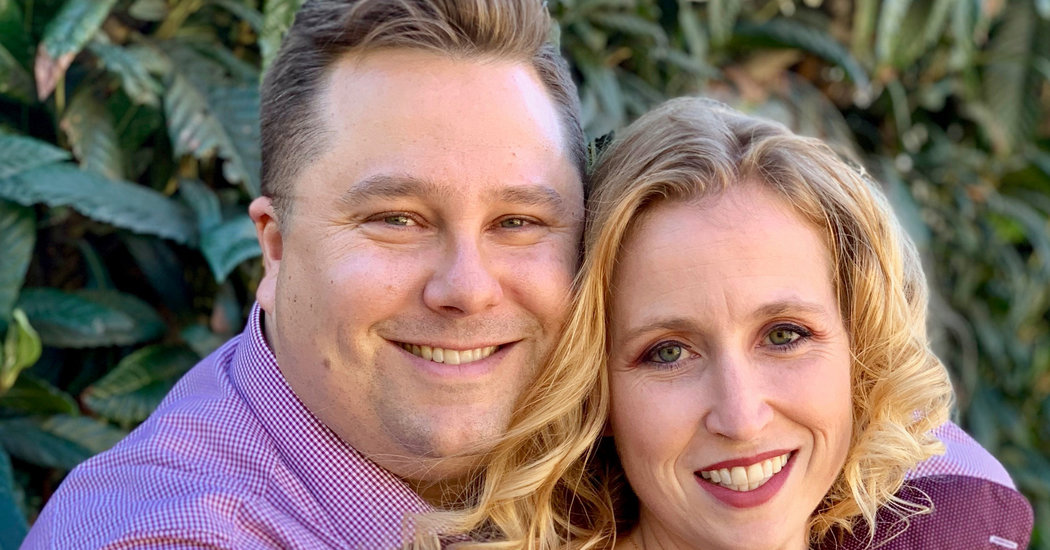 The bride, 36, is an orthopedic surgeon at the Ventura County Medical Center, where she specializes in adult reconstruction. She graduated from the University of California, San Diego, and received a master’s degree in physiology and biophysics from Georgetown. She also received a medical degree from New York Medical College.

She is the daughter of Anne C. Ragsdale and William F. Ragsdale of Woodland, Calif. The bride’s father retired as the chief executive of Dorado Systems, a company in Hayward, Calif., that manufactured electronic card readers for doors. The bride’s mother, who co-founded the company with her husband, later became an independent studies teacher at Woodland Joint Unified School District.

The groom, 38, is a senior instructor, associate vice president in learning and development at MUFG Union Bank in Santa Barbara, Calif. He graduated from University of California, Santa Barbara.

He is a son of Nancy Scheer and Ron Scheer of Modesto, Calif. The groom’s mother retired as a mathematics teacher at Modesto City Schools. His father, also retired, was the coordinator of independent study and counselor for the Freedom High School, Turlock School District in Turlock, Calif.