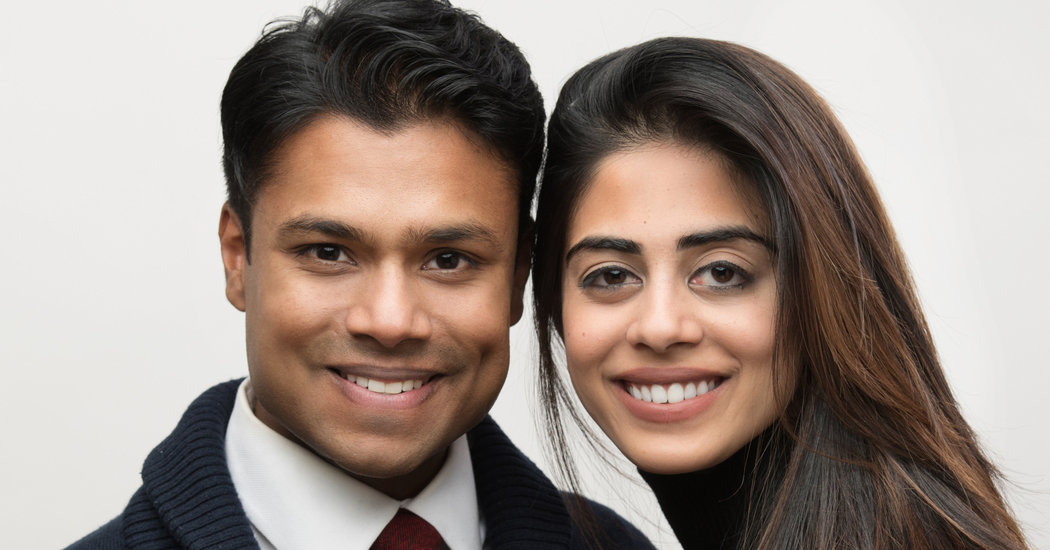 Malavika Abhay Rao and Ryan Dave Budhu were married Dec. 13 in Brooklyn. Chief Judge Dora L. Irizarry of the United States District Court for the Eastern District of New York, for whom the groom serves as a law clerk, officiated in her chambers. The couple is to have a Hindu ceremony Dec. 22 the J. W. Marriott Scottsdale Camelback Inn Resort & Spa in Scottsdale, Ariz.

The bride is the daughter of Alpana A. Rao and Dr. Abhay V. Rao of Gilbert, Ariz. The bride’s father, an internist, owns Apex Internal Medicine, in Mesa, Ariz. The bride’s mother is a marketing director for Thema Health Services, an in-home health, palliative and hospice care company in Phoenix.

He is a son of Nariza Budhu and Robert J. Budhu of Queens Village, Queens. The groom’s father, who is retired, was a mortgage and real estate broker for his own companies, National Realty Group and Affordable Brokers Group in Jamaica, Queens.

The couple met in 2013 at a public interest law panel hosted by the North American South Asian Law Students Association; the bride was the moderator and the groom a panelist. They currently serve on the board of the South Asian Bar Association of New York.