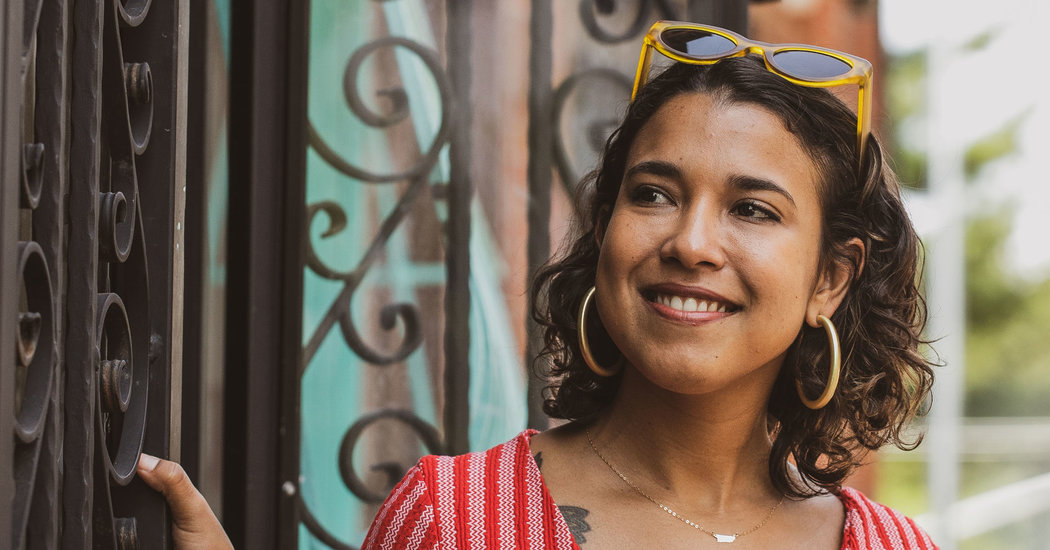 El Espace is a column dedicated to news and culture relevant to Latinx communities. Expect politics, arts, analysis, personal essays and more. ¿Lo mejor? It’ll be in Spanish and English, so you can forward it to your tía, your primo Lalo or anyone else (read: everyone).

By the time Hurricane María hit Puerto Rico in 2017, Mariela Pabón Navedo, who goes by Mela, had been using illustration as an emotional outlet for years. While working the front desk at a hotel in Old San Juan, she would often get questions from tourists such as “Are you, like, a real life Indian?” or “Where can I find hot Latinas like you around here?” She dealt with it by poking fun at them on Instagram.

After the hurricane, it felt natural to start drawing again to cope with the grief and devastation on the island. She began a series called Querida Mela, giving incisive advice paired with simple illustrations. A month after the hurricane, she penned her own comedic horoscope, reassuring herself that everything would be O.K. and that she would soon receive “those $500 from FEMA.”

Pabón became Madame Mela, now one of Latinternet’s most beloved Instagram astrologers. Her monthly horoscopes, which she posts on @checkinmela (the name is a nod to her hotel days), are artful and clever, using a uniquely Boricua sense of humor. Each elicits a torrent of crying-face emojis in the comments. Take, for example, last month’s prediction for Libra: “Dear Libras: I’m going to tell you something. I know that you all love to stir the pot and start drama that you’re not involved in. But this month, you have to temper your natural affinity to bochinche.”

Pabón has garnered more than half a million followers, and she attributes her sharp observations to her upbringing: Her parents were psychologists and conflict negotiators, and Pabón studied creative writing and immersed herself in the world of comedy as an undergraduate. Among her fans are Bori icons like Bad Bunny. After she met him at his concert in Mexico City and gave him a horoscope she had created for him, the rapper tapped her to create custom astrological installations for his tour.

A typically ambitious Scorpio, Pabón is just starting to make her mark. As she prepares to release her first book next year — which she promises will include a Boricua slang glossary, custom mixtapes and detailed profiles of each zodiac sign — I sat down with Pabón to discuss her creative philosophy and the internet’s current horoscope hysteria.

The first horoscope you ever drew was for yourself. Talk a bit about how it became a monthly process. What inspired you?

I think a lot of people needed those words of support — to lift our spirits, even if it was a situation that wasn’t funny at all. After the hurricane, I started doing Querida Mela, and people sent me problems like, “Man, there’s no power and I can hear my neighbors doing it. I can’t deal.” [laughs]. I’d tell them, “Girl, you also need to find a way to entertain yourself. I mean, what else are you going to do?” There were a lot of situations like that, all of them based on this new context.

Was there a moment when you realized that the horoscopes were going viral?

How do you think your background in creative writing and comedy has influenced your creative process?

Comedy in general needs a lot of honesty, and it needs good timing. Everything I’ve learned in improv, I’ve been able to apply it throughout all my work. For example, when to say yes, when to cut certain elements, when to sharpen something. I think it’s also about finding inspiration in places that seem ordinary or that go unnoticed.

You write the horoscopes in a very Puerto Rican way, using a Puerto Rican sense of humor. But you have a strong following throughout Latin America.

That’s been one of the most surprising things. At one point, I wasn’t sure if people were going to understand me, but I didn’t want to change the style in which I was speaking. I write the horoscopes how I think and how I’d say them. I didn’t want to tone them down and make them more neutral for everyone to understand, because I think they’d lose a bit of the essence of what they are. That’s why I started making a Boricua Glossary.

I was going to ask you about the glossaries, because I wanted to explain what papelón was to someone, and I didn’t know how.

That was based on the questions that people asked in the comments. For example, a lot of people would ask: “What is bellaquera? What is badtrip?” After posting the horoscopes every month, I’d put up a post with all the words I used. Also, for me, it’s a different way of showcasing what we’re like in Puerto Rico — how we speak, how we think, instead of adjusting to everyone else. That’s something we’ve had to do for our entire lives: act in the service of others, write in English so that everyone will feel comfortable.

I think that’s why they resonate. You write them as if you are a friend. People have preconceived notions about horoscopes, that they’re something super —

Yes, serious is the word.

For me, horoscopes are a form of entertainment; they fulfill a specific purpose. I don’t identify with a lot of horoscopes written in that style. Because I don’t take anything too seriously [laughs]. That’s why mine also have that flow.

Horoscopes are wildly popular on the internet right now, so it seems like you arrived at the perfect moment. Why do you feel horoscopes are in the zeitgeist right now?

Because, in addition to the fact that they’re written in a very relatable way, we’re living in complicated times. Everyone is looking for those moments of solace, even if it’s through something as small as an Instagram horoscope.

Here are more stories to read this week.

📲In our Opinion pages, Elizabeth Méndez Berry and Chi-hui Yang wrote about the dominance of white male critics and the importance of building an ecosystem of culture writers of color.

🎙Watch this dialogue between the Dominican musicians Carolina Camacho and Irka Mateo about the importance of acknowledging the African and Taíno roots of Dominican music. The conversation took place last year, but a transcript is now available online in Spanish.

📲Read about how the L.G.B.T.Q. community in Puerto Rico is recovering safe night life spaces they lost during Hurricane María.

📲This couple moved to Barcelona banking on their child becoming trilingual. But is it true that children are language sponges? It’s complicated.

Do you have suggestions for El Espace? Want to receive it as a newsletter? Let me know: elespace@nytimes.com