Lens: Living Large in the Limo, if Only for a Night 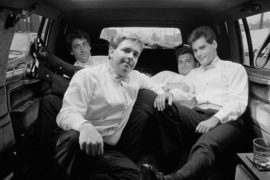 Seeing a limousine inch its way down a one-way street during rush hour always raises more questions than answers. Who’s behind those tinted windows? Why are they paying such a premium to travel in a glorified taxi? And, wait, how did the driver just pull off that turn?

The photographer Kathy Shorr found the answers to these pedestrian mysteries during her short-lived career as a limo driver. Needing steady work after graduating from the School of Visual Arts in 1988, she began chauffeuring. Clients were not necessarily the rich and famous, but everyday people heading to bashes around town — from flower girls in frilly dresses and pearled headbands, to men rocking white tuxedos and mullets on their way to a quinceañera. 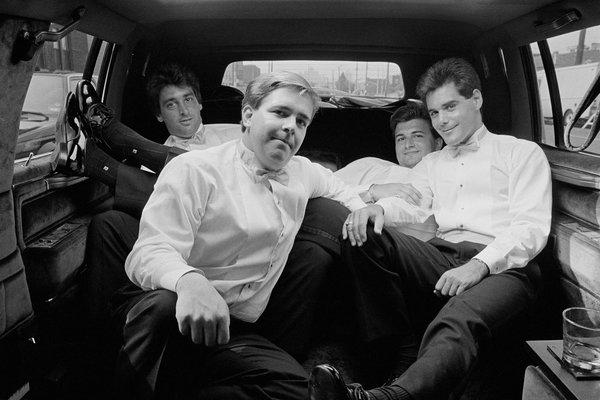 She was prepared to capture their celebration: A pool of bridesmaids, elated and anxious, congregated in front of a rowhouse in Brooklyn, while others in puffy-sleeved dresses reclined in the back seat with smokes and drinks; a prom couple made out for the camera.

“At that time, when you had a limo, you wanted to show people you had money to do something,” Ms. Shorr said. “You could afford to live like a wealthy person, at least for a special event.”

Hitting the streets from a garage in Red Hook, Brooklyn, Ms. Shorr doubled as a host to the party. Freewheeling passengers splayed themselves across the back seat and popped open Champagne bottles she supplied. Curious passers-by and neighbors poked their heads inside the limousine.

With the rolling revelry sometimes continuing to dawn, professional distance between driver and passengers often dissolved. “People first got in the car on their best behavior; they were dressed up,” Ms. Shorr said. “As time went on, those same people, the facade diminished. I was stopping at delis to get six packs of beer.”