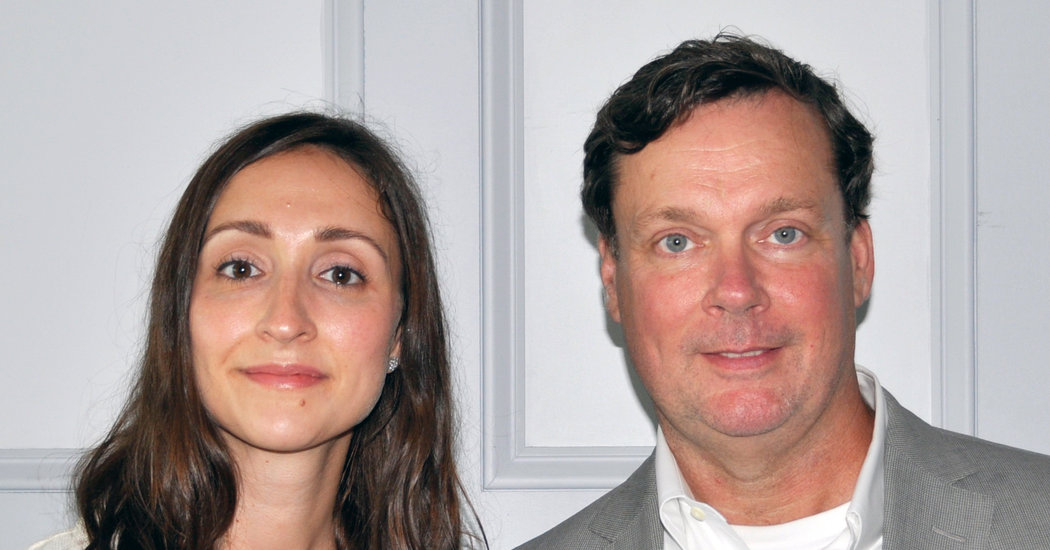 Lauren Therese Valacer and Steven Charles Winn were married July 13 at the Liberty House Restaurant in Jersey City. Peter C. Hill, a friend of the groom, officiated, having become a Universal Life minister for the occasion.

She is the daughter of Therese Affuso Valacer of Fort Lee, N.J. The bride’s mother retired as a school nurse at North Arlington High School in North Arlington, N.J., and is a supervising nurse at Spectrum for Living, the Rivervale, N.J., organization that operates homes for adults with developmental disabilities.

Mr. Winn, 54, is the chief development officer for the American operations of JERA, a Japanese investor in power and energy infrastructure projects. He graduated from the University of California, Berkeley, and received an M.B.A. from Cornell.

He is a son of Helen Skrodis Winn of Naples, Fla., and the late Philip D. Winn. The groom’s mother was a stay-at-home parent. His father retired as a vice president for institutional sales in the Boston office of Salomon Brothers.

The couple met in 2008 while working at Nuclear Innovation North America, a power development joint venture in New York of NRG Energy of Princeton, N.J., and the Toshiba Corporation of Japan. The groom was an executive with NRG Energy, and the bride was a senior financial analyst.