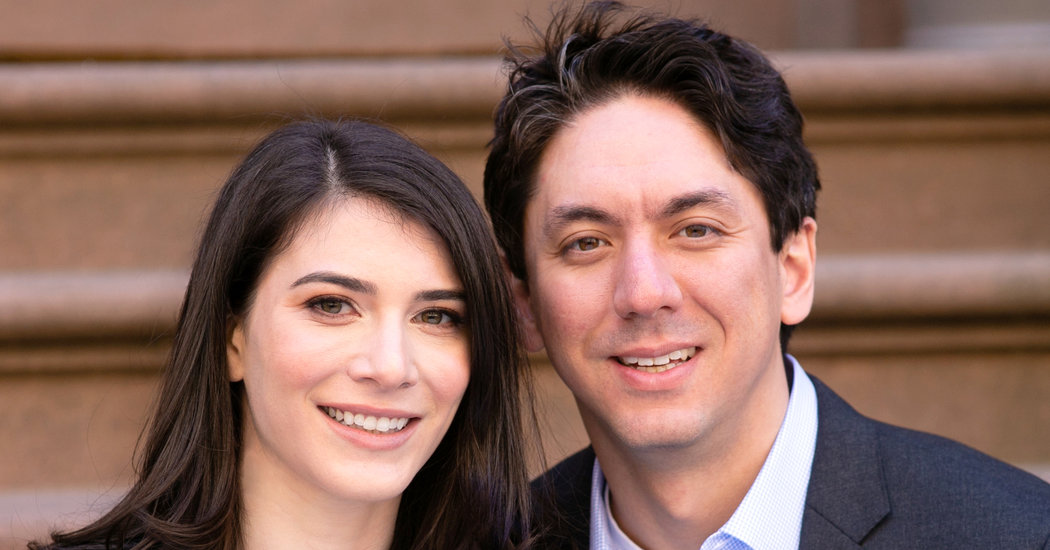 Laura Gregory London and Alessandro Presti were married July 13 at Blue Hill at Stone Barns in Tarrytown, N.Y. Elliot H. Creem, a friend of the couple who became a Universal Life minister for the event, officiated.

Ms. London, 31, is an assistant vice president for corporate communications and marketing in the Manhattan office of Mizuho, a Japanese bank. She graduated from Colgate and received a master’s degree in law and diplomacy from Tufts.

She is the daughter of Louise Histed London of Greenwich, Conn., and the late Fredric S. London. The bride’s father was the general counsel at the OMI Corporation, a company in Stamford, Conn., that owned and operated oil tankers. Her mother is a flight attendant for American Airlines, based at Kennedy International Airport.

Mr. Presti, 34, is a partner in the Boston Consulting Group working in the consumer group in the company’s Manhattan office. He graduated from Yale, and received both a law degree and an M.B.A. from Columbia.

He is the son of Julie Presti and Dr. Salvatore Presti of Brooklyn Heights. The groom’s father is a pediatric cardiologist with offices in Brooklyn and Manhattan, and is also a clinical associate professor of pediatrics at the NYU School of Medicine in Manhattan. The groom’s mother was a registered nurse at Lenox Hill Hospital in Manhattan before becoming a stay-at-home parent.

The couple met in 2015 through the dating app OkCupid.