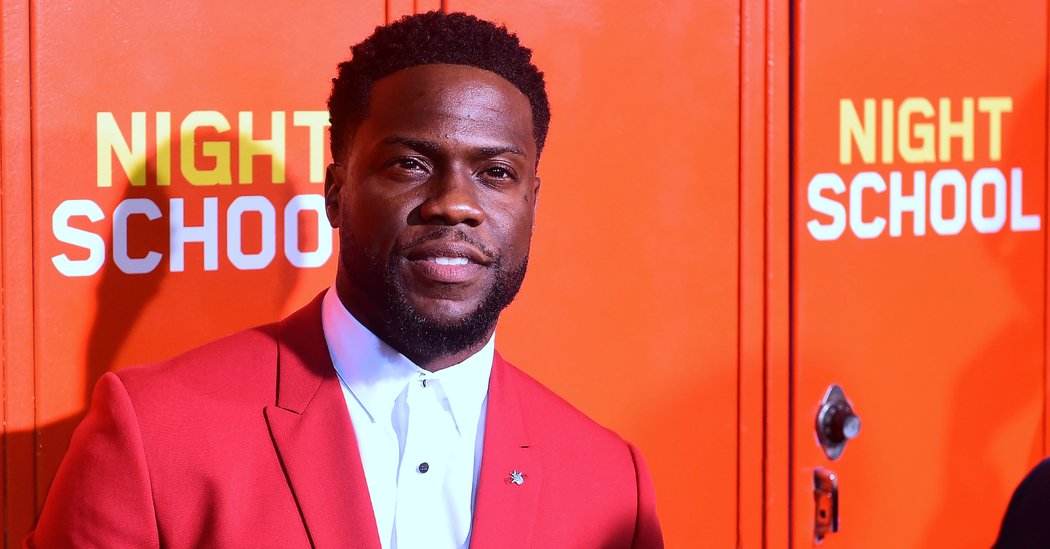 Days after it was announced that Kevin Hart would host the 2019 Academy Awards, backlash over some of his past comments prompted him to respond to his critics on Instagram. Then on Friday, he announced that he was not going to host the event.

Mr. Hart was in trouble because several of his tweets and comments — most of them several years old — used the word “gay” as an insult or were otherwise deemed homophobic.

In his initial response hours before stepping down, Mr. Hart did not apologize. “Guys, I’m almost 40 years old,” he said in a video. “If you don’t believe that people change, grow, evolve as they get older, I don’t know what to tell you. If you want to hold people in a position where they always have to justify or explain the past, then do you. I’m the wrong guy, man. I’m in a great place. A great mature place where all I do is spread positivity.”

Six hours later, he seemed to reconsider that response.

“I have made the choice to step down from hosting this year’s Oscar’s,” he wrote on Twitter. “This is because I do not want to be a distraction on a night that should be celebrated by so many amazing talented artists. I sincerely apologize to the LGBTQ community for my insensitive words from my past.”

“I’m sorry that I hurt people,” he added in another tweet. “I am evolving and want to continue to do so. My goal is to bring people together not tear us apart.”

Fans of Mr. Hart had lauded the decision to have the celebrity comedian host the Oscars next year. The annual ceremony has been struggling with sinking ratings, as well as some political backlash. Critics said that the Academy of Motion Picture Arts and Sciences overlooked black actors, writers and directors in 2015 and 2016, setting off the #OscarsSoWhite outcry and efforts to make the academy more inclusive.

Mr. Hart, 39, recently starred in two box office hits, “Night School” and “Jumanji: Welcome to the Jungle,” and is in the midst of an international standup tour. He has been saying for years that he wanted to host the Academy Awards. “I am so happy to say that the day has finally come for me to host the Oscars,” he wrote in an Instagram post on Tuesday.

But the announcement occasioned a resurfacing of Mr. Hart’s old comments and tweets.

Benjamin Lee, an editor with The Guardian, captured some of those tweets as screenshots and shared them on his own Twitter account on Wednesday.

“Yo if my son comes home & try’s 2 play with my daughters doll house I’m going 2 break it over his head & say n my voice ‘stop that’s gay,’” one of the tweets said.

“Hart’s obsession,” Mr. Lee wrote in The Guardian, “with making unfunny, disrespectful and inappropriate jokes about a community he has shown nothing but bile for along with a string of unrepentant responses to any criticism paints him as someone entirely undeserving of a spot on the Oscars stage.”

Mr. Hart appears to have deleted the four tweets that were shared by Mr. Lee. But early Friday morning, other tweets that included homophobic slurs or used the phrase “gay face” as an insult remained on his account. (They were shared in 2011 or earlier.)

Mr. Hart has also brought up homophobia in his comedy shows.

“One of my biggest fears is my son growing up and being gay,” he said in a 2010 standup performance. “That’s a fear. Keep in mind, I’m not homophobic. I have nothing against gay people. Be happy. Do what you want to do. But me being a heterosexual male, if I can prevent my son from being gay, I will.”

Five years later, he discussed that joke in an interview with Rolling Stone.

“I wouldn’t tell that joke today, because when I said it, the times weren’t as sensitive as they are now,” he said in 2015. “I think we love to make big deals out of things that aren’t necessarily big deals, because we can. These things become public spectacles. So why set yourself up for failure?”

In a statement on Thursday before Mr. Hart stepped down, Glaad, a media advocacy group for L.G.B.T. people, said it had “reached out to ABC, the Academy and Kevin Hart’s management to discuss his rhetoric and record as well as opportunities for positive L.G.B.T.Q. inclusion on the Oscars stage” and was awaiting a response.

The Academy did not immediately respond to a request for comment.