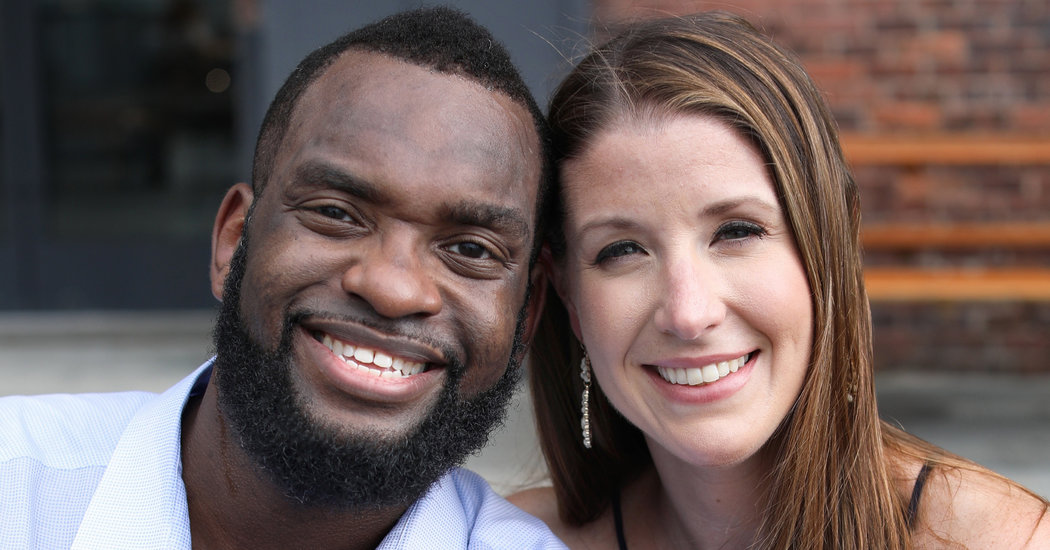 Dr. Cunningham, 33, is the chief academic officer for the Columbia, Conn., school district and a senior consultant with Teaching Matters, an education consulting group based in New York. She graduated from the College of William & Mary and received a doctoral degree in education leadership from Harvard.

She is the daughter of Catherine E. Cunningham and Gerard A. Cunningham of Stratford, Conn. The bride’s father is the director of energy analysis for Black Gold Investors in New York. Her mother, who works in Bridgeport, Conn., is a clinical nurse specialist for the Yale New Haven Health System.

Mr. Rutledge, 34, is a vice president and head of research product management for Moody’s Investors Service in New York. He also serves as treasurer on the board of directors of the New York City Alliance Against Sexual Assault. He graduated from Eureka College in Illinois and received a master’s degree in public policy and management from Carnegie Mellon.

He is a son of Lorrie Rutledge of Detroit and the late Mark A. Rutledge, who lived in Westland, Mich. The groom’s mother owns NatureFinity, a company in Detroit that sells health and beauty products. His father was a supervisor for the Ford Motor Company in Dearborn, Mich.

The couple met in 2017 through the dating app Coffee Meets Bagel.