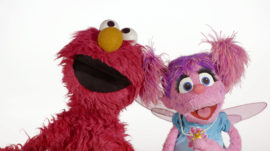 “Sesame Street” is tackling yet another difficult topic: addiction.

Sesame Workshop announced on Wednesday an effort to support children and families affected by addiction. In several new videos, Karli, a 6-and-a-half-year-old green Muppet with yellow hair, tells Elmo and other friends that her mother has a “problem” and is in recovery. Karli, who was introduced to viewers in May as part of a foster care initiative, was placed in foster care, it turned out, while her mother was in treatment.

The videos are available for free in English and Spanish through Sesame Street in Communities, which also provides tools and training to vulnerable children and families through community partners like Head Start and the Hazelden Betty Ford Foundation.

It took Sesame Workshop a year and a half to create the videos, Sherrie Westin, president of social impact and philanthropy for Sesame Workshop, said on Thursday. This is the first time “Sesame Street” has discussed addiction in any capacity, she added.

“We hear from those partners what they need,” Ms. Westin said. “Quite frankly, what we’ve learned over the last year was how much need there was and how little resources there are for some of the traumatic events that children are facing.”

It is not uncommon for “Sesame Street” to introduce characters or expand their backgrounds to explain tough topics to children. In 2011, a Muppet named Lily joined the cast when her family was struggling with hunger, and later she was a part of a focus on family homelessness. Alex, whose father was imprisoned, was added in 2013 as a way for “Sesame Street” to discuss incarceration; Julia, an autistic Muppet, was brought on in 2015.

Addiction and substance abuse are growing concerns in the country. From 2009 to 2014, an annual average of 8.7 million children 17 or younger lived in households with at least one parent who had a substance-use disorder, according to a 2017 report from the Substance Abuse and Mental Health Services Administration.

About one in three children entered foster care in 2017 because of parental drug abuse, Child Trends, a research organization, reported this year.

Ms. Westin said she thinks numbers are so high in part because of the opioid crisis.

“So often, it’s only an adult issue and grown-ups are being treated,” Ms. Westin said. “Given that we know how much this impacts a young child, in terms of their own development and the trauma that can literally inhibit a healthy development, more and more I think this allows us to raise awareness to the importance of addressing the impact on a child and not just the adult, who is struggling with addiction.”

In one video titled “Lending a Hand,” Karli and an adult named Chris explain to Elmo the daily meetings her mother attends, and why, without naming a substance.

“Karli’s mom has been having a hard time,” Chris says in the video. “So, in order to help her get better, she goes to a meeting with her group. They all sit in a circle.”

Elmo asks if they sing songs in the circle, and Karli responds that they talk about “grown-up problems.”

“She goes every day so that she stays healthy,” Karli tells Elmo. “My mom needs help learning to take better care of herself. So she talks to people with the same problem.”

Karli also says she attends a meeting for children that helps them cope with addiction in their families.

In another video titled “Parental Addiction,” Elmo and his father, Louie, discuss addiction in detail. Elmo tells his father that Karli’s mother was away and that she looks and acts differently than before.

“Karli’s mommy has a kind of sickness, and she had to get some help,” Louie says.

Elmo questions if the “sickness” is like a cold.

“Karli’s mommy has a disease called addiction,” Louie says. “Addiction makes people feel like they need a grown-up drink called alcohol or another kind of drug to feel O.K. That can make a person act strange in ways they can’t control.”

FacebookshareGoogle+sharePinterestpin it
This C.I.A. Agent Wants to Give Peace a ChanceVaping Illnesses Climb Upward, Nearing 1,300 With 27 Deaths
Latest