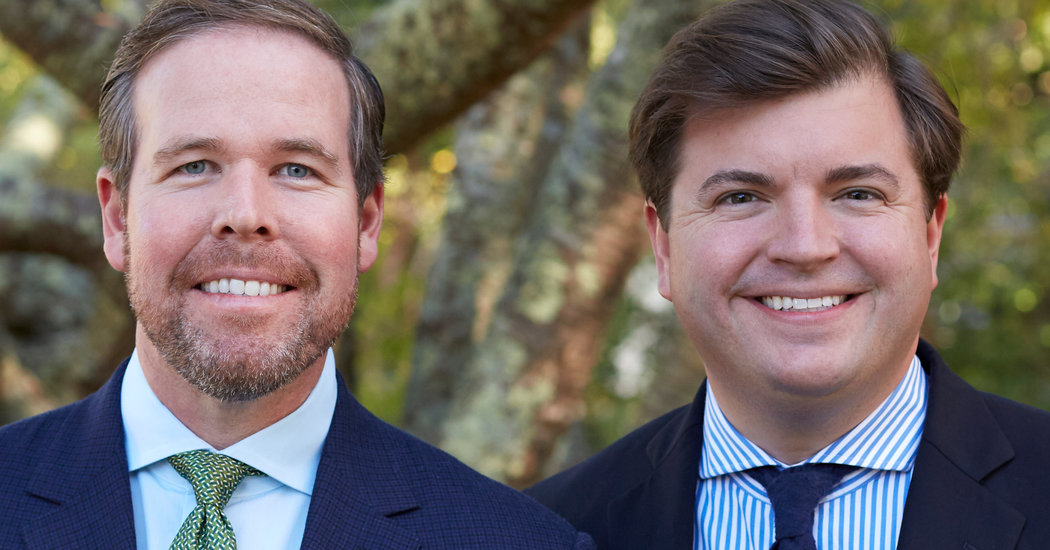 Jordan Thomas Rundell and Maximilian Peter Sinsteden were married Nov. 2 in New York. Dr. Rachel Adams Greenup, the sister of Mr. Sinsteden and a minister of the American Marriage Ministries, officiated, with Travis E. Rundell, the twin brother of Mr. Rundell, taking part in the ceremony, which was at the apartment of a friend of the couple.

Mr. Rundell (left), 37, is a business development manager at the New York office of CodeScience, a software development company based in San Francisco. He graduated from the University of California, Davis.

He is a son of Elizabeth Aantje Rundell of Palo Alto, Calif., and the late Charles R. Rundell. His mother retired as the chief financial officer at Assured Relocation, an insurance company in Palo Alto. She was previously a San Francisco-based executive at Federated Department stores. His father was a Palo Alto-based artist and sculptor.

He is the son of Dr. Nancy D. Sinsteden and Dr. Thomas D. Sinsteden of Hartford, Conn. His mother is a professor emeritus at the University of Connecticut School of Medicine, where she retired as the chief of nephrology and training program director. His father, a cardiologist, retired as a nephrology research fellow at the University of Texas Health Science Center in San Antonio.

The couple met in August 2015 at J.G. Melon, a restaurant on the Upper East Side. Mr. Rundell had moved to New York from San Francisco only seven days before.