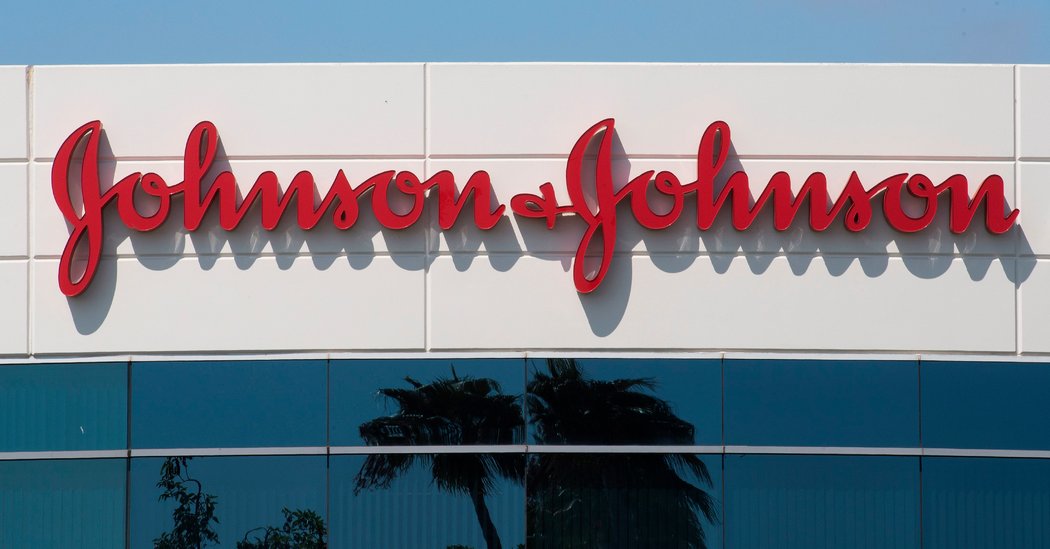 A Philadelphia jury on Tuesday hit Johnson & Johnson with an $8 billion verdict over its marketing of the anti-psychotic drug Risperdal, siding with a Maryland man who argued that the health care giant downplayed risks that the drug could lead to breast growth in boys.

The verdict in the Philadelphia Court of Common Pleas was the first to award punitive damages against Janssen Pharmaceuticals, a Johnson & Johnson subsidiary, said Thomas R. Kline, a lawyer who is part of a legal team representing the man and more than 10,000 people in similar lawsuits.

The plaintiff, Nicholas Murray, sued the company in 2013. He said that he grew breasts — a condition known as gynecomastia — after he began using Risperdal in 2003, at age 9, to treat symptoms of autism. The lawsuit accused Janssen of failing to warn doctors about Risperdal’s risks while improperly marketing it as a treatment for certain mental health disorders in children.

“This jury resoundingly told Johnson & Johnson that its actions were deliberate and malicious,” Mr. Murray’s lawyers, Mr. Kline and Jason Itkin, said in a statement Tuesday. “The conduct that the jury saw in the courtroom was clear and convincing that J&J disregarded the safety of the most vulnerable of children. This is an important moment, not only for this litigation, but for J&J, which is a company that has lost its way.”

It is not unusual for such massive verdicts to be reduced.

Johnson & Johnson said in a statement that the verdict stood in “stark contrast” to the amount for compensatory damages and that the company would be “immediately moving to set aside this excessive and unfounded verdict.”

“The jury did not hear evidence as to how the label for Risperdal clearly and appropriately outlined the risks associated with the medicine, or the benefits Risperdal provides to patients with serious mental illness,” the company said in the statement. “Further, the plaintiff’s attorneys failed to present any evidence that the plaintiff was actually harmed by the alleged conduct.”

Johnson & Johnson brought in nearly $82 billion in revenue in 2018 for products like prescription drugs, medical devices, contact lenses and popular consumer brands like Tylenol, Motrin and Band-Aids. It has cultivated an image as the trusted brand of doctors, nurses and parents.

Tuesday’s verdict was the latest in a series of blows to the company’s reputation.

In August, an Oklahoma judge ordered the company to pay the state $572 million for its role in the opioid crisis. Johnson & Johnson has also spent years defending itself against lawsuits claiming that its talcum powder led to ovarian cancer, as well as claims that its pelvic mesh and artificial hip products were defective.

Johnson & Johnson is not the only company that has faced scrutiny over anti-psychotic drugs. Eli Lilly, for example, paid $1.4 billion to settle charges in 2009 that it had improperly marketed Zyprexa, and AstraZeneca agreed to pay $520 million in 2010 to resolve similar issues involving Seroquel.

The Food and Drug Administration approved Risperdal for schizophrenia in adults in the 1990s and the drug received F.D.A. approval to market to children in 2006 for irritability associated with autism.

In 2013, Johnson & Johnson agreed to pay $2.2 billion in criminal and civil fines, in part to settle accusations that it illegally marketed the drug as a way to control patients with dementia in nursing homes and children with certain behavioral disabilities.

In a corporate filing in June, the company disclosed that there were 13,400 people suing over Risperdal.

A judge had initially barred punitive damages in the case. But that was overturned on appeal in 2018, Mr. Kline said, setting the stage for Tuesday’s verdict.