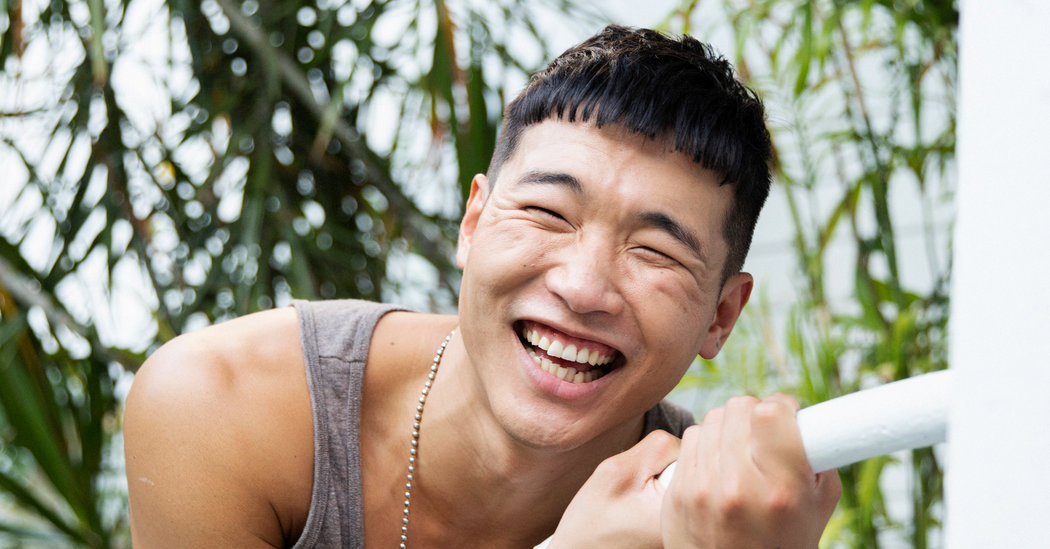 Hometown: Born in South Korea and raised in Plainfield, Ill., by adoptive parents.

Now lives: In a sparsely decorated one-bedroom apartment in the Thai Town area of Los Angeles.

Claim to fame: Mr. Kim Booster is a stand-up comedian and actor who currently stars in “Sunnyside,” a sitcom created by Kal Penn about six immigrants pursuing the American dream. His unfiltered jokes on topics like Grindr hookups and Korean-American stereotypes have made him a favorite of late-night television. (During a routine on “The Late Late Show With James Corden,” he said: “My dad did have two sons and they both turned out gay, and I don’t think there is a clearer sign from God that he is done with this bloodline.”) “I don’t approach comedy in terms of, ‘Oh, will this alienate Middle America?’” he said in a recent interview. “But I have to make sure there is something universal in all of the truths that I’m speaking about.”

Big break: So how does the adopted son of an Evangelical conservative family end up as a potty-mouthed comic? “It seems like a cliché now, but all you need is a religious background and you’re forced into comedy,” he said. After graduating from Millikin University in Decatur, Ill., he moved to Chicago to become an actor. He was frustrated with being typecast as the “silent, exoticized foreigner” or a “lab technician on shows like ‘Chicago P.D.,’” he said. A friend encouraged him to write stand-up to reclaim his narrative as an openly gay Asian-American man. During a “sad, barely-attended” TBS comedy showcase at Flappers in Burbank in 2016, a booker for “Conan” invited him to perform his routine. “It was a moment where I felt like O.K., this is it, I can do this,” he said.

Latest project: In “Sunnyside,” he plays a “catastrophically dumb” fashionista of mysterious origins (“our dad lives in international waters”). “The show doesn’t shy away from showing how the immigration process overlaps with things like affordable housing and lack of health care in this country,” he said.

Next thing: He is developing a romantic comedy inspired by “Pride and Prejudice,” only set on Fire Island, for the streaming-video platform Quibi. “I am a huge Jane Austen fan,” he said. He also started a podcast with his friend and fellow comedian Mitra Jouhari called “Urgent Care.” The show’s aim is to bestow “unqualified, completely-unhinged advice” to “people who apparently have nowhere else to turn,” he said.

FacebookshareGoogle+sharePinterestpin it
The City That Cycles With the Young, the Old, the Busy and the DeadAwkwafina on Traveling to Asia and Staycationing in New York City
Latest