Joan Johnson, Whose Company Broke a Racial Barrier, Dies at 89 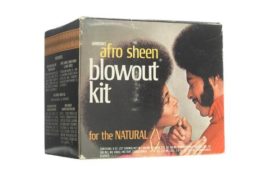 Joan Johnson, who with her husband, George, founded Johnson Products, a hair-product concern that became one of the most successful black-owned businesses in the United States and the first to be listed on the American Stock Exchange, died on Friday at her home in Chicago. She was 89.

The publicist Dori Wilson, who had known Mrs. Johnson for decades, announced her death.

At a time when few companies paid much attention to black consumers, the Johnsons made a fortune with hair-care products aimed at black customers, beginning with a hair relaxer for men that Mr. Johnson developed while working for a cosmetics company.

In 1954, with a partner, a barber who soon dropped out, they formed the company that became Johnson Products. In the 1960s, it had an estimated 80 percent of the black hair-care market, and by 1970 it had annual sales of $12.6 million. In January 1971 it went public.

Mr. Johnson was generally the public face of the company, but Mrs. Johnson was active in running it and served as treasurer. The company weathered changes in styles over the years and competition from larger companies like Revlon and Avon that discovered the black consumer. It also weathered a government decree in the mid-1970s that ordered it to clearly label products that contained lye as possibly causing burns, hair loss and eye damage if not used properly.

When the couple divorced in 1989, Mrs. Johnson was given control of the company. In 1993, after some internal wrangling that included the departure of her son Eric as president and chief executive, she sold it to the Ivax Corporation, which had a line of skin-care products aimed at black customers but was not black-owned.

Mr. and Mrs. Johnson married each other again in 1995.

“When I think about pioneers, the real pioneers are the people who are able to make a path where none exists,” Eric Johnson told CNN. “Johnson Products in many ways was that company. She and my father had no provided path. They created a path where there was none.”

Joan Betty Henderson was born on Oct. 16, 1929, in Chicago to Christine Wharton and Alonzo Henderson. George Johnson, whom she married in 1950, was a high school sweetheart.

They started their company with a $250 loan that Mr. Johnson, as he told the story to The New York Times in 1971, obtained with a fib. A loan officer turned down his business-loan request.

“He said my idea was ridiculous,” Mr. Johnson said. “So three days later, I went to another branch of the same loan company, told them I wanted to take my wife to California on vacation, and in 10 minutes the loan was O.K.’d.”

The initial product was called Ultra Wave. After noticing that women were spending uncomfortable hours in beauty salons undergoing a hot-comb process for hair straightening, Mr. Johnson modified it into Ultra Sheen, aimed at women.

The Johnsons supported various philanthropic efforts over the years, and Mrs. Johnson served on the board of Spelman College, a historically black women’s college in Atlanta, among other organizations.

In addition to her husband and her son Eric, Mrs. Johnson is survived by two other sons, John and George; a daughter, Joan Johnson; 10 grandchildren; and seven great-grandchildren.