It’s No Secret: Together for Four Decades, Married for Four Years 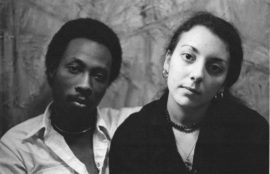 Because marriage is an ever-evolving experience, we constantly shift, change and, in some cases, start over. In It’s No Secret, couples share thoughts about commitment and tell us what they have learned along the way.

Occupations She is a painter, he is a musician (mostly jazz) and composer.

The couple quietly married Oct. 20, 2014, in an unplanned ceremony in the living room of their house in Providence, R.I. A friend officiated. “Since 1975, we were considered married by common law in Rhode Island,” Mr. Carpenter said. “When same-sex law passed a few years ago, common law wouldn’t be accepted and we wouldn’t be considered married anymore. The government needed a certificate; we didn’t.” No photos were taken, and the wedding was a surprise to all.

They met in 1972 as students at the Rhode Island School of Design, from which both graduated. Ms. Martiesian was 18 at the time and Mr. Carpenter was 20. “He was really talented, hard working and so secure,” she said. “He was skinny and cute. We didn’t really date; we fell into each other. He was a musician and I drove him to a gig he was playing at. I consider that our first date.”

And that’s how it started. “A black man from Harlem and a white girl from Pawtucket; a painter and a musician,” Ms. Martiesian said. “Racism swirled around us everywhere we went.”

Within a few weeks Ms. Martiesian said, I love you. Two weeks later Mr. Carpenter said the same words back. But the couple was in no hurry to marry. “We grew up in the ’60s — walking down the aisle seemed forced to us,” she said. “There was a social structure we were supposed to follow, and we didn’t follow it.”

So, 41 years of togetherness went by without a marriage license — until their accountant insisted. “He’s told us how much easier it would make his life,” Ms. Martiesian said. “The marriage license, the marriage ceremony, the ring, were nothing compared to our commitment to each other.”

Nonetheless, they obtained a license in October 2014. After they returned home from a Goya exhibit in Boston, a friend who was ordained as a Universal Life minister came over to walk their dog and offered to marry them in their living room. “We said sure,” Ms. Martiesian said. “I ran around and Ken stood there, trying to bring some kind of calm semblance to what we were doing.”

Ms. Martiesian My commitment to Ken started early in our lives when we met at school and we became intertwined. The thing that is the thread for us is music or art. 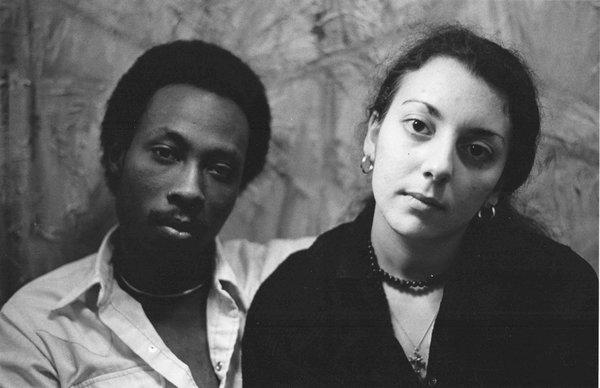 The couple as students at Rhode Island School of Design, where they met, in the mid-1970s.CreditCourtney Frisse

I’m not an easy person. I’m straightforward. I say what I feel. Ken is also straightforward. So we have that in common. We also have the same values: beauty, curiosity, creativity, hard work.

I’ve never met anyone else I’ve ever wanted to be with. He’s the whole package. I’m attracted to his brain and creativity, to his ability to make something beautiful. I find him attractive on every level.

We haven’t had a major fight in 30 years. We squabble about words. Recently it was about the word “lecture” and if it meant a talk or a conversation. We squabbled for two hours about it. He won’t let me leave a room until the fight is resolved. I love that.

I’ve learned my way isn’t always the right way; there are many different ways and solutions to every problem. I’ve learned to let go and let someone be creative in their own way. Together we’ve learned to see each other’s point of view, differently than your own. His lens on the world is different than mine. I value that so much. I don’t want to be the only one looking. I want to see different things in this world. We’ve learned it’s more valuable to us to have different thoughts.

After 45 years of being together, we still talk about anything and everything. To find someone who loves and understands the time, effort and commitment you put into art — this thing that isn’t a person — is a miracle. The idea that someone supports you and pushes you to be a better person and artist supports the core of us.

Mr. Carpenter Getting married didn’t change anything for me. I loved this woman before; I love her now. Paula is very exotic looking. She has a giant mane of hair and great, big eyes. She has a definite personality, a strong sense of aesthetics and a defined path. I like that. She’s independent and opinionated. We were in an interracial relationship and it didn’t matter to her if her parents liked me or not. That was amazing.

She has a great sense of humor and laughs at my stupid jokes. We like to watch cartoons at the theater. It doesn’t have to be serious, relevant movies. We nurture the childlike enthusiasm in us.

I’m more precise; she’s more loosey-goosey. I’m a very straight-line person. She has a spiral way to get to the center. I’ve learned to become more tolerant. I’m interested in her journey. I’m open to seeing her point of view. I wasn’t like that in the beginning. I was linear; now I’m three-dimensional. She’s shown me a wider scope. I’ve learned it’s how we go about getting to the same location that’s different. And that the smarter I get, the stupider I am.

When we went to buy our first car, I had a list of what I wanted, she wanted to explore before purchasing. So we complement each other.

We enjoy the world around us on an abstract level and through a different prism. We can find interest in looking at shadows and clouds. That’s huge because it’s something most people don’t do. The ability to do that connects me on a deeper level to her than anyone else.

FacebookshareGoogle+sharePinterestpin it
Whenever I Wear These Jeans People Ask Me Where I Got ThemSkin Deep: How Skin-Care Companies Are Tackling Issues Faced by Women of Color
Latest