Is Your Child Struggling in School? Talk to Your Pediatrician 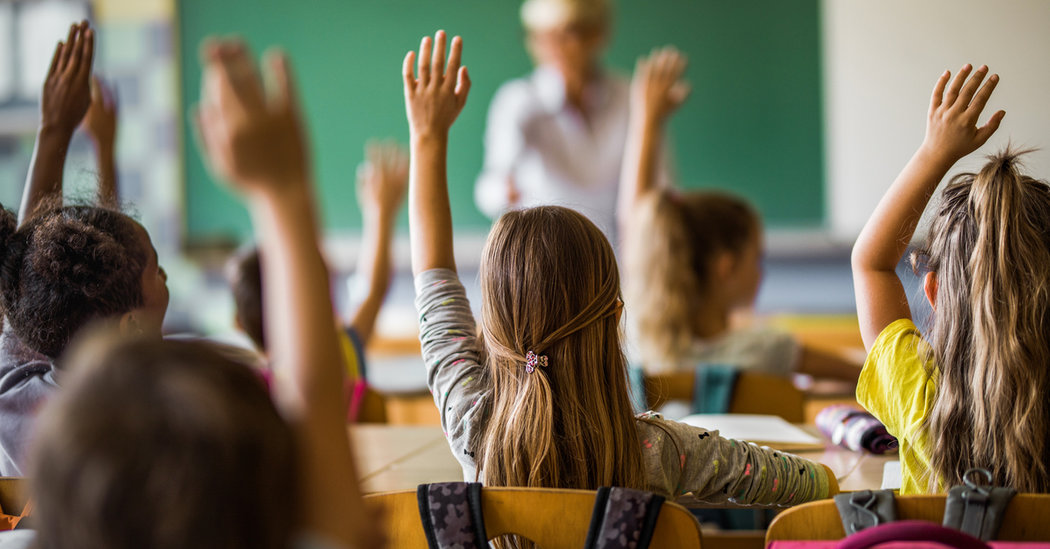 The American Academy of Pediatrics has just issued a report on what pediatricians can — and should — do to help “school-aged children who are not progressing academically.”

Dr. Arthur Lavin, one of the lead authors of the report and the chairman of the A.A.P. committee on the psychosocial aspects of child and family health, said that pediatricians can play an important role in working with children who are struggling in school. He does so in his own practice in the Cleveland area and said it has emerged as a high priority among his patients because it is so common.

What the report means, he said, is that the A.A.P. is setting a standard for the care of the child not doing well in school, and that the issue deserves the same attention as any other complex problem getting in a child’s way. The pediatrician should make sure the problem is properly investigated and the cause is found, though much of the specific testing and treatment will be done by others.

“One in six kids in the U.S. are struggling in school to the point where they’re really suffering, really feel like they’re failing — and a lot of them are failing,” he said.

We aren’t talking here about a child who is doing O.K. — getting along fine, passing courses, but perhaps not getting the straight A’s parents might like. We’re talking about a child who is clearly struggling just to stay afloat. Sometimes it’s a child who was doing fine until something changed or went wrong in the school environment — a teacher mismatch, a terrible social situation with classmates. And sometimes it’s an issue with the child’s own learning profile or state of mind that comes to light as academic demands increase.

“It’s a complex set of causes, like many things in medicine,” Dr. Lavin said. “It doesn’t help children for anyone to come to them with the idea that a quick conversation or a simple test is going to give answers for the majority of kids.”

Dr. Laura McGuinn, a professor of pediatrics at the University of Alabama at Birmingham, was a co-author on the report. “Children not proceeding academically are usually not lazy,” she said. “There’s usually a problem underneath it, and it’s usually a complex problem — all children pretty much want to succeed.”

In younger children, she said, there may be a hearing problem that was missed early on, or an intellectual disability; older children may be facing bullying issues, or struggling with emotional disorders, or with depression or anxiety. And again, children of any age can find themselves in the wrong classroom with the wrong teacher or the wrong peers. Children with autism or other neurodevelopmental issues may have pragmatic or social language disorders, in which they have normal speech and vocabulary skills, but can’t use language to navigate effectively with other people.

Figuring out what’s really going on means looking carefully at the child, listening carefully to the story, and often going past the first easy solution. Dr. Lavin collects stories from his practice, and the improvements in children’s lives, he said, can be dramatic.

There was the 8-year-old boy who was not obeying his teachers and got very angry at school, Dr. Lavin said. He was seen by a local mental health professional who diagnosed attention deficit hyperactivity disorder with a single test. More detailed psychological testing revealed that his attention was actually normal, as was his cognitive function in all subjects — but he had very strong emotions, and he kept blowing up in school. He needed help learning to manage those emotions, and when he got it, the apparent attention-related issues disappeared.

The same diagnosis — A.D.H.D. — was made in a 10-year-old boy who was having trouble keeping up in school, and particularly struggled with math. Again, he was given the diagnosis after a single test, and started on a stimulant medication. But more thorough testing revealed that his math achievement scores were low, and he ended up with a diagnosis of a math learning disability, or dyscalculia. “When we got him help with math, he went from struggling in school to succeeding,” Dr. Lavin said.

Another child seemed to be having attention problems for the first time in his freshman year of high school, and it turned out that on entering high school, he had become the victim of a range of bullying, including hazing on a sports team and racist taunts around the school. “It was taken up by the principal and the school board,” Dr. Lavin said. “A, stop the bullying; B, address some of the outbursts of racism; and C, help the child recover from the trauma — and strangely enough, his school performance has gone back to A’s and B’s.”

As a developmental behavioral pediatrician, Dr. McGuinn assesses children with developmental delays, but she warns families that not all children who are struggling in school need a full developmental behavioral assessment, and wait times to get an appointment at one of these clinics can be very long. “There aren’t enough of us,” she said. “I don’t want to be the stop in the kid’s line to get help.” It may be worth it if a child seems to be struggling in more than one developmental domain, or has risk factors or early delays, she said, but kids can also get help in school as well, she said, or with other specialists who can diagnose learning problems.

“There’s often early hints that something’s going awry when your child is different from other children early on,” Dr. McGuinn said. Parents may have noticed that a child lags behind other children in learning to rhyme or learning the alphabet. A family history of learning disabilities may also indicate additional risk. “If we’re kind and empathic, it helps a lot,” she said. “They’re not doing this because they’re misbehaving — they’re working to their capacity.”

If you know your child is struggling in school, Dr. Lavin said, “make an appointment, sit down with your pediatrician, say, ‘I need your help, I hear from the A.A.P. that you’re the person I should ask for help on this.’”

That does not mean that these are necessarily medical problems (though medical problems can certainly play a role). But it’s often said that a child’s job is to learn, and when something gets in the way of the child successfully doing that job, the child will often feel discouraged, unhappy and progressively disaffected.

“We’re leaving a huge sector of our population behind,” Dr. McGuinn said. “They’re told so many times how awful they are because the school measures them compared to kids who, neurologically, do it easily, and it destroys lives every day.”

She herself has two children with learning disabilities, she said, “very bright” children who struggle with reading. “You really have to be a great advocate and be brave as a parent to get what your child needs.”