Is David Lee Roth the Estée Lauder of Tattoos? 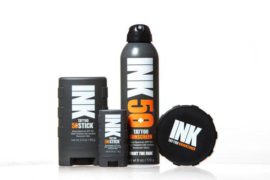 “This is my first interview in nearly 10 years,” David Lee Roth said one recent morning.

The Van Halen frontman’s trademark mane has been shorn to a bleach-blond crop, but neither time nor the long interval between interviews has mellowed Mr. Roth much. He shoulder-shimmied in the middle of Harry Cipriani and, in short order, suggested shots of Patrón.

Specifically, Mr. Roth had come to talk about his newly introduced skin care line, called Ink the Original, which was created for people with tattoos. He came up with the idea himself, he said — a passion project born of his dissatisfaction with the options in the marketplace.

And though he tends to vacillate between pithy slogans (“tattoos make the sidewalk much more entertaining,” he said) and meandering anecdotes (his time as an E.M.T. in New York City in the 1990s contributed to who he is today, he said), it turns out that Mr. Roth is a man with fearsome focus.

He worked with labs on various formulations to develop the products that make up the Ink line: an SPF stick ($28); an SPF spray ($24 and up); and a tattoo-brightening balm with vitamin C ($40). Moreover, he obsessed over the utilitarian packaging and clear satin finish, in part because of his stickler of a mother.

“When we were little kids, my sister and I would come up with a drawing,” he recalled. “Mom wouldn’t even look up, but she’d say, ‘Should I go get the magnet?’ That meant was the drawing good enough for the refrigerator, or were we going to waste her time? Right there, you’d look at the drawing and say, ‘I can edit!’”

Mom issues aside, Mr. Roth also showed a surprisingly practical side. “If you use something with an oil base, it’s going to reflect back in your eyes,” he said, noting that a person with a tattoo wants to show off their ink, not blind viewers with oily sunscreen.

The side grips on the packaging? So you can easily pull out the SPF stick and use it when you’re rock-climbing, another David Lee Roth pastime. 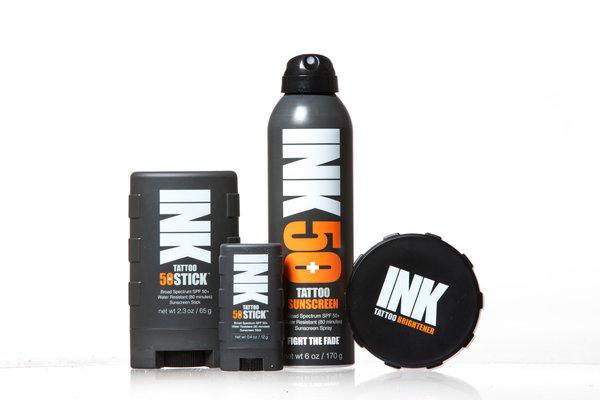 He even thought about how the tough-looking packaging might appeal to power women: “Tina Fey can take this out of her bag at a full table of the most stellar, dynamic wits in the business. She takes this out of her bag, and the guys will want to borrow it.” (Ms. Fey has no visible tattoos.)

Mr. Roth has tattoos all over. While living in Japan in 2013 and 2014, he became thoroughly engrossed in the culture. He took daily language lessons and spent almost 300 hours getting tattooed with Kabuki masks and traditional Japanese artwork. Tattoos cover his chest, upper arms and his entire back.

“I don’t want to tell you how much I spent on my tattoos at $300 an hour,” he said. (At those prices, assuming no bulk discounts, the damage would have been close to $90,000.) His products must safeguard his investment. They are, he said, “designed to protect a Rembrandt, really.”

Mr. Roth would prefer to distance himself from “cheesy” celebrity lines, he said. To that end, he is adding tattoo-world cred to the brand through Ami James, a Miami Ink tattoo artist who has signed on as Ink’s brand architect. Mr. James will be developing all content and marketing, as well as consulting on product development.

“I think the products basically speak for themselves,” said Mr. James, who is also the founder of Tattoodo, an online tattoo directory with 2.2 million followers on Instagram. “We never approached our working together because we both have this notoriety. No, the product has to be right. It has to be nourishing to the skin, safe for the environment and dry clear.”

So those hoping to get a glimpse of Mr. Roth’s extensive tattoos will be disappointed. “I’m a little bit of a reveal, and that’s it,” he said, almost demurely. He lifted up his shirt sleeve for a peek, but nothing more.

If he showed his ink all the time, he said, “someone would always ask, ‘Did it hurt?’ You never, ever want to say it did because then someone will use that opportunity to say, ‘Why would you ever do that to yourself?’ Your answer? ‘The same reason you pierce your ears, darling.’ Pass the Patrón.”