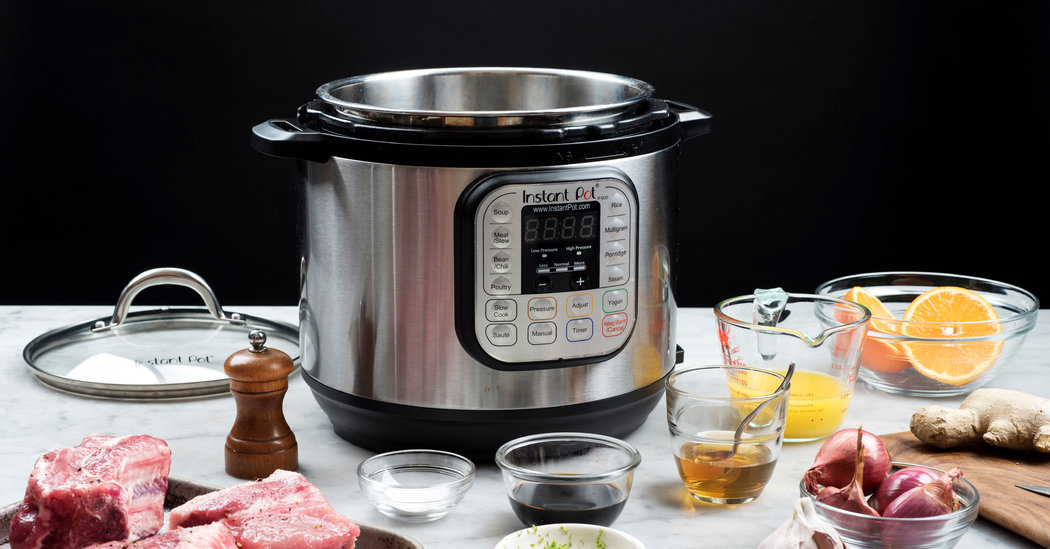 The maker of kitchen classics like Pyrex and CorningWare is adding a new culinary darling, the Instant Pot, to its cupboard.

Corelle Brands, which owns Pyrex and other brands, said on Monday that it planned to merge with Instant Brands, the Canadian producer of electric multicookers that have taken the public, and the internet, by storm.

Such is the popularity of the Instant Pot — a sort of hybrid of gadgets like a pressure cooker and a slow cooker — that it has legions of self-described “Pothead” fans online. An Instant Pot group on Facebook has 1.8 million members.

Those are among the signs of the meteoric ascent experienced by kitchen product with humble beginnings. It was created by Robert Wang, a computer scientist who spent $350,000 of his own money trying to create a cooker that could handle several different tasks.

The Instant Pot went on sale in 2010. A confluence of factors — its availability on Amazon, touting of technological advancements like sensors to help optimize cooking, relatively low price and popularity among bloggers with evangelical fervor — helped make it a phenomenon.

The success of Mr. Wang’s invention has inspired scores of cooking websites now to promote recipes for items like Instant Pot spaghetti, butter chicken and cheesecake, while also prompting bigger rivals like Breville and Cuisinart to come up with competing products.

Now Instant Pot’s parent, which is based in Ottawa, is itself set to become part of a much bigger company. Corelle, previously known as World Kitchen, was acquired by the private equity firm Cornell Capital in 2017. It has 21 offices on three continents.

Corelle’s chief executive, Ken Wilkes, said in a statement that Instant Brands and its products “have become a staple in kitchens in North America, fundamentally changing how consumers think about cooking.”

Mr. Wilkes will be the chief executive of the combined business. Mr. Wang’s title will be chief innovation officer. Instant Brands will keep its headquarters in Ottawa.

Although Instant Brands has already expanded its product lineup (its website lists 30 multicooker models, an immersion circulator for cooking food using the sous-vide method and a blender that also cooks), combining with Corelle will give it the ability to expand internationally, Mr. Wang said in a statement.

“We are thrilled to partner with a global market leader in Corelle Brands as we look to embark on our next chapter of strategic growth and expansion,” he said.