How to Feel Nothing Now, in Order to Feel More Later 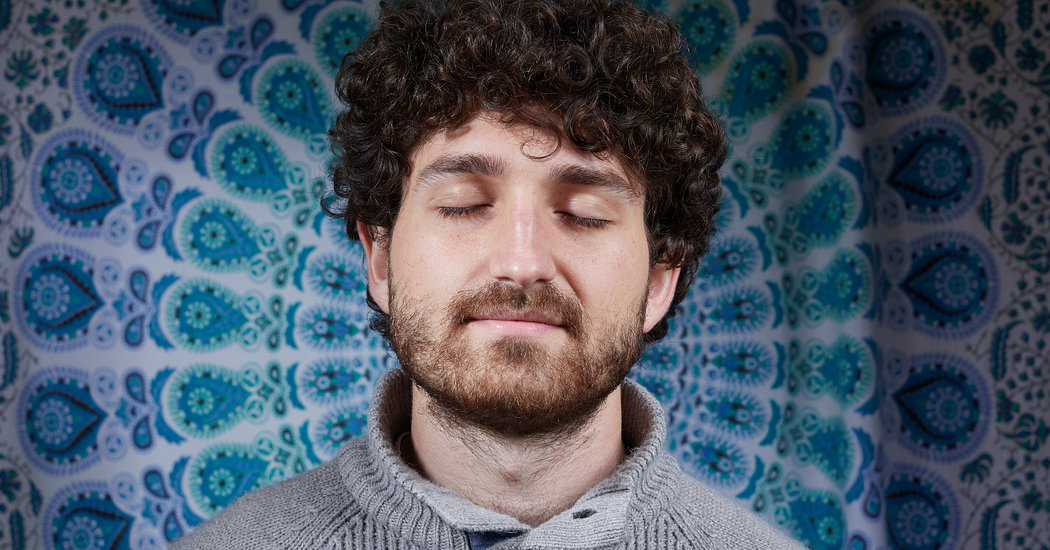 SAN FRANCISCO — Everything was going really well for the men of Tennessee Street. Women wanted to talk to them, investors wanted to invest, their new site got traffic, phones were buzzing, their Magic: The Gathering cards were appreciating. This all was exactly the problem.

They tried to tamp the pleasure. They would not eat for days (intermittent fasting). They would eschew screens (digital detox). It was not enough. Life was still so good and pleasurable.

And so they came to the root of it: dopamine, a neurotransmitter that is involved in how we feel pleasure. The three of them — all in their mid-20s and founders of SleepWell, a sleep analysis start-up — needed to go on a dopamine fast.

“We’re addicted to dopamine,” said James Sinka, who of the three fellows is the most exuberant about their new practice. “And because we’re getting so much of it all the time, we end up just wanting more and more, so activities that used to be pleasurable now aren’t. Frequent stimulation of dopamine gets the brain’s baseline higher.”

There is a growing dopamine-avoidance community in town and the concept has quickly captivated the media.

Dr. Cameron Sepah is a start-up investor, professor at UCSF Medical School and dopamine faster. He uses the fasting as a technique in clinical practice with his clients, especially, he said, tech workers and venture capitalists.

The name — dopamine fasting — is a bit of a misnomer. It’s more of a stimulation fast. But the name works well enough, Dr. Sepah said.

“Dopamine is just a mechanism that explains how addictions can become reinforced, and makes for a catchy title,” he wrote in an email. “The title’s not to be taken literally.”

On a recent cool morning, Mr. Sinka and his start-up co-founder Andrew Fleischer, both 24 years old, were beginning their fast while Alberto Scicali, 26, another founder, managed the start-up from his bedroom.

Mr. Sinka, who has a mop of curly hair, was wearing water shoes and a cable-knit sweater as he did light morning stretching. Mr. Fleischer was reading a book.

A dopamine fast is simple because it is basically a fast of everything.

The number of things to not do is potentially endless.

The ultimate dopamine fast is complete sensory deprivation, like maybe floating in a dark water tank or locking oneself in a closet. But the dopamine fasters of San Francisco do hope to keep existing in the normal world.

“Any kind of fasting exists on a spectrum,” Mr. Sinka said as he slowly moved through sun salutations, careful not to get his heart racing too much, already worried he was talking too much that morning.

Mr. Fleischer was looking through a textbook of images of chemical compounds and then writing some of them down in his notebook.

“I like to find patterns in chemical compounds, and so I’m going through my books and finding quite a few,” he said.

That is how he would spend his morning. Later he would move outside to sit and feel the air for a while.

Their apartment is clean and modern with an empty wine fridge and few decorations, save for a “Breaking Bad” poster.

Their usual schedule of all day, every day hacking away on different projects was too much. Investors and clients had demands. Their start-up iterations had turned into a real job.

“I’d never thought about fasting work,” Mr. Sinka said. “Once there was pressure around work, though, it became less fun, and I thought maybe we’ll try fasting work.”

Like a weekend? No, he said, they don’t have time to not work for that long.

But fasting from work got them thinking more about fasting everything.

Throughout that day of their dopamine fast, they wandered slowly from room to room. They read. They put on more and more sweaters. The food fasting makes them cold. They went on walks, though these are tricky because they have to avoid needing to ask for anything like water or bathrooms.

“I avoid eye contact because I know it excites me. I avoid busy streets because they’re jarring,” Mr. Sinka said. “I have to fight the waves of delicious foods.”

Silicon Valley is not the first group to discover that moderating emotions or spending periods trying to feel less can lead to happiness. In their quest, they are moving toward two very old groups: those in silent meditation and the Amish.

Steven Nolt, a professor at Elizabethtown College in Pennsylvania and the author of “A History of the Amish,” said parts of the dopamine fast do echo elements of Amish life.

“Compared with many of the rest of us, you would find Amish emotion to be more muted,” Dr. Nolte said. “The idea of limits on life, that there should be limits and yield signs, is a pretty central Amish assumption.”

But ultimately the Amish would not approve of the dopamine fasters.

“They don’t have a great deal of confidence in individuals on their own making good decisions,” he said.

Karen Donovan, who is developing a new Vipassana silent meditation center in Silicon Valley, said she sees this trend as moving closer to the ultimate dopamine fast: sitting on a dark floor with eyes closed for 10 days.

“There’s a growing self-awareness of what in Vipassana terms we would call suffering,” she said.

As the day wore on at Tennessee Street, Mr. Sinka, now wearing a thick vest, continued to hang out at home doing basically nothing.

“Your brain and your biology have become adapted to high levels of stimulus so our project is to reset those receptors so you’re satiated again,” he said.

After the fast, Mr. Sinka finds that everyday tasks are more exciting and fun. Work is pleasurable again. Food is more delicious.

“Biology can get hijacked,” Mr. Sinka said, noting that “early homo sapiens” didn’t have much in the way of sweets — blueberries and the like.

Sometimes it is hard or upsetting for people who encounter the Tennessee Street men while they are fasting.

The other day, Mr. Sinka ran into an old friend but had to tell her they could not continue speaking.

“I hadn’t seen her in six months, and it was extraordinarily exciting, super-stimulating, and I could feel how excited I was,” he said. “So I had to cut it off and I just said, ‘Listen, it’s not you, it’s me, doing this dopamine fast.’”

FacebookshareGoogle+sharePinterestpin it
The Party Girl, Till the EndThe way of making memories
Latest