How Black Students Challenged the Racism at Their High School 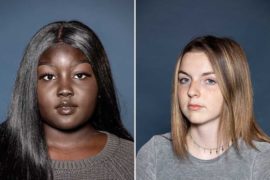 Please sign up here to have the Race/Related newsletter delivered weekly to your inbox.

When I first saw the video on social media in February, I was shocked.

Police and black students were clashing in a Minnesota high school gym, and one grainy clip showed a black girl tussling with a police officer, then getting tackled and arrested. The chaos, I quickly learned, had come after white Owatonna High School students had made Snapchat posts that used an anti-black slur.

There was viral outrage online, and the story could have ended there. But it didn’t.

When I contacted some of the black students involved in the unrest, they made clear to me that they long had been frustrated over what they believed was a culture of racism at their school. What’s more, when I met with some of them in Owatonna, I was surprised to see one of the girls who had appeared in the racist post accompanying them.

Few Talked About Race at This School. Then a Student Posted a Racist Slur.
When white students at a Minnesota school posted a slur to Snapchat, black classmates demanded action. Their efforts led to uncomfortable conversations about race. 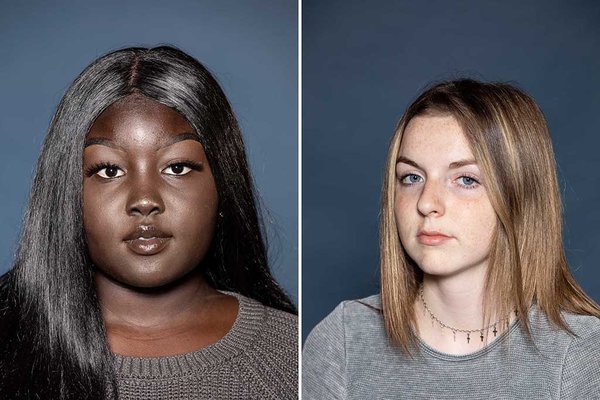 The student, Candace, had participated in several meaningful conversations with her black classmates since the incident. I realized that I had the chance to explore something in this predominantly white southern Minnesota community of 25,000 that we don’t normally see when acts of racism go viral: an effort to change.

After the unrest, administrators set up discussions about race between black and white students. White students said they were surprised to learn just how much racism their black peers experienced. Even those with black friends said they had never talked to them about race. They had assumed everything was harmonious.

I was struck by the feelings of marginalization and isolation that black Owatonna students described, though they may sound familiar to the many black people across the country who went to mostly white schools. They didn’t have a single black teacher. Their white classmates used racial slurs freely.

The girls who had used the slur on Snapchat gave me explanations for their actions that, to some observers, might not be completely satisfying: It was mostly ignorance, they said. They denied that it had anything to do with racism or white privilege, which some of their black classmates had suggested.

But what was most impressive to me was the patience shown by the black students at Owatonna, many of whom said they have mostly forgiven their white peers in an effort to effect greater change at their school.

FacebookshareGoogle+sharePinterestpin it
Welcome to Summer RunningThey See It. They Like It. They Want It. They Rent It.
Latest