How Beyonce’s Global Citizen Outfits Celebrated the Diversity of Africa 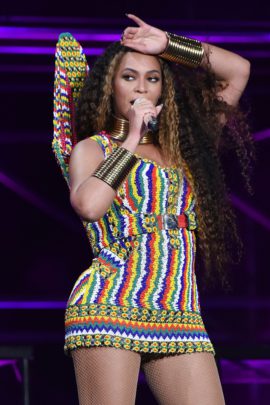 In 2004, Beyonce met Nelson Mandela when she was billed as a performer at his inaugural 46664 Aids Benefit Concert in Cape Town, South Africa. This past Sunday, the singer returned to Cape Town for the Global Citizens Festival and not only honored the late South African president and activist, but carefully celebrated the continent’s legacy and diversity through her costumes.

Beyonce and JAY-Z treated Cape Town to a piece of their On The Run Tour II and emerged on stage hand-in-hand to perform the first song of the night, «Holy Grail,» with JAY-Z in a fuchsia suit and Beyonce in a sequined body suit, thigh high boots, and a dramatic cape that paid tribute to Africa’s 54 countries, according to Mary Katrantzou, the designer behind the sequined get-up.

«Her coat has the 54 countries of Africa mapped out and on each country there is a different embroidery representing its diversity,» Katrantzou shared on Instagram. Beyonce also wore a colorful beaded mini dress with an elaborate back piece, which according to Momma Knowles, Tina Lawson, featured «one hundred thousands African beads.» 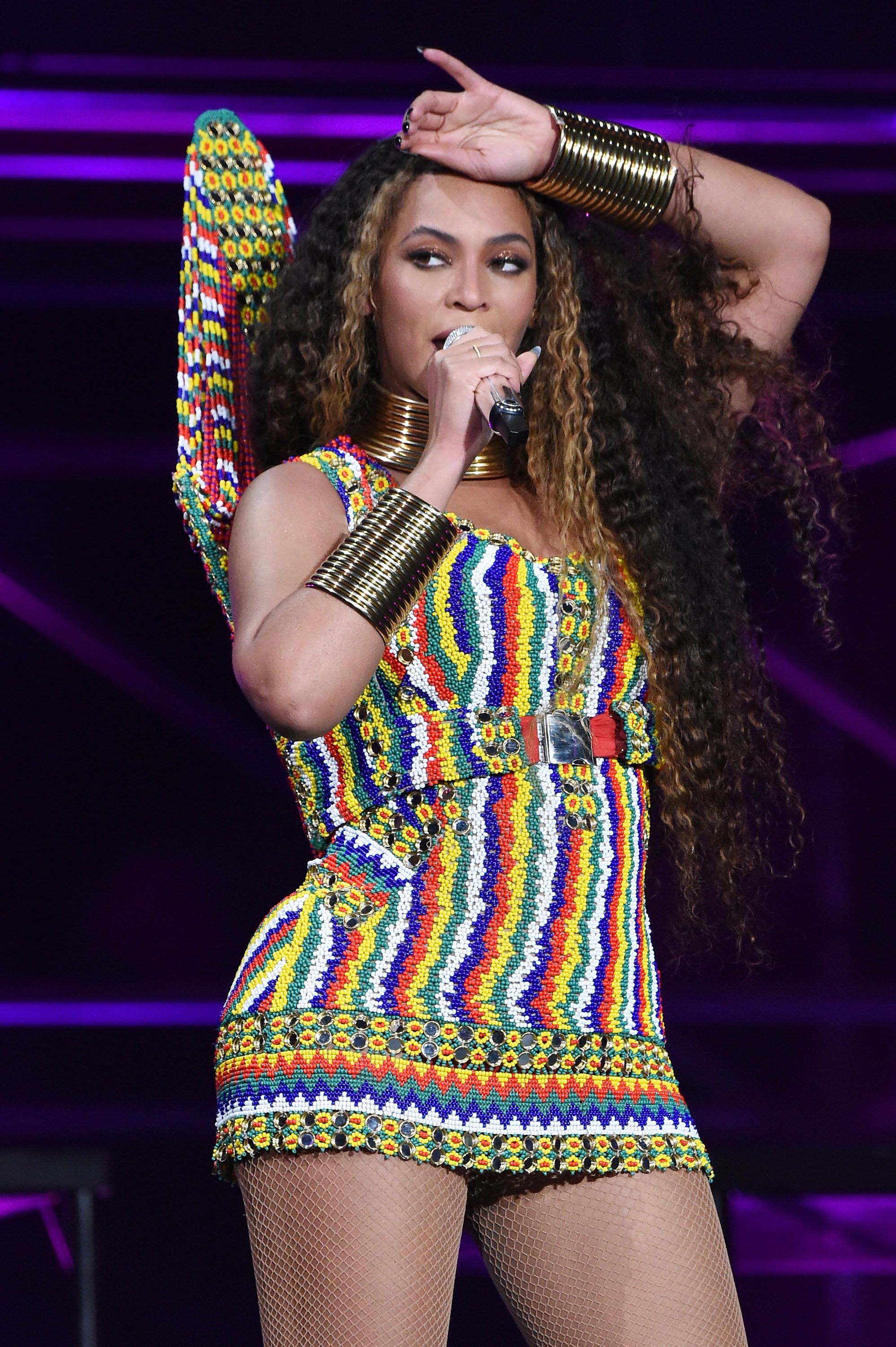 One Twitter user suggested Beyonce’s beaded ensemble was a nod to the Nala costume worn in the live musical version of The Lion King, which wouldn’t be too far-fetched, as Beyonce is set to play Nala in the upcoming live-action film of the Disney classic.

Ahead of her Global Citizen performance, Beyonce penned a heartfelt tribute to Nelson Mandela on her website, reminiscing about meeting the former South African president for the first time.

«I first met you in 2004 at the 46664 AIDS Benefit Concert in Cape Town, and the impact you have had on my life resonates with me today and every day,» she wrote. «Your kindness and gratitude for every experience, and your ability to forgive are lessons I have learned and will pass on to my three children. My entire family holds you in high regard.»

She continued: «As we celebrate the Global Citizen Festival: Mandela 100, honoring your centennial year, I promise you that we have made your dreams our own. Your work and your sacrifices were not in vain. I will cherish every moment shared in your presence and use the lessons learned from you as fuel to stir positive ideas and solutions.»

FacebookshareGoogle+sharePinterestpin it
How to Wear the Same Party Dress TwiceRay Kelvin, Ted Baker C.E.O., Is Accused of Harassment
Latest