“His Acts Are Despicable”: Key Moments in the Case Against Jeffrey Epstein 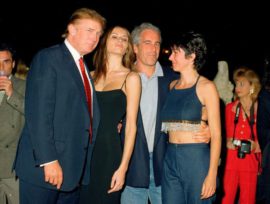 The sex-trafficking charges filed against Jeffrey Epstein this week in Manhattan underscored the long scope of the investigation into accusations that he engaged in sexual acts with girls, some as young as 14, in both his Upper East Side townhouse and his residence in Palm Beach, Fla.

The allegations against Mr. Epstein stretch back to at least 2002. Around the same time, a spate of media coverage pushed Mr. Epstein from a somewhat enigmatic money manager to a more public figure. Here’s how the charges against him unfolded.

Starting as early as 2002, according to the recent indictment, Mr. Epstein began sexually abusing and exploiting dozens of girls.

Mr. Epstein also asked some of the girls to recruit other girls, then paid them for bringing them to him, the indictment said. As a result, Mr. Epstein created a network of vulnerable young women he could sexually exploit, which prosecutors said he continued to do through at least 2005.

While the indictment only contained allegations dating back to 2002, some of Mr. Epstein’s accusers told both NBC News and the Miami Herald that their contact with him began the year prior.

A flight with former President Bill Clinton puts Mr. Epstein in the news

In October of that year, a New York magazine article about Mr. Epstein tried to clear some of the mystery surrounding his personal and professional life. The story referenced Mr. Epstein’s fondness for beautiful young women twice, though it never suggested the women were underage. 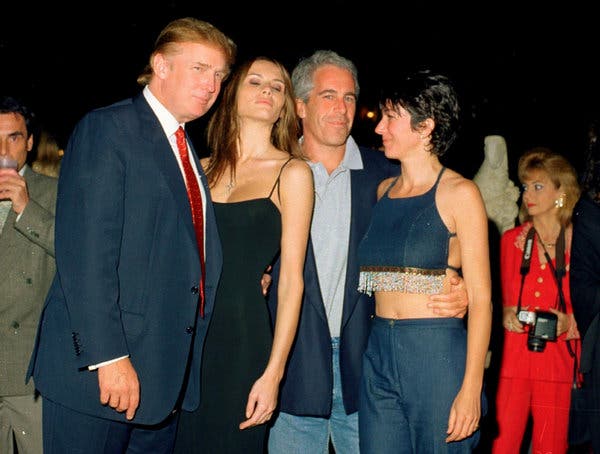 Mr. Epstein was banned from President Trump’s Mar-a-Lago resort, according to court documents, for sexually assaulting “an underage girl at the club.”CreditDavidoff Studios, via Getty Images

Both Mr. Clinton and President Trump are quoted in the story. Mr. Trump said of Mr. Epstein: “He’s a lot of fun to be with. It is even said that he likes beautiful women as much as I do, and many of them are on the younger side.” Mr. Trump has since said he was “not a fan” of Mr. Epstein.

Vanity Fair magazine published its own lengthy profile of Mr. Epstein in 2003. The story sought to chart the relatively unknown money manager’s “complicated past” while also documenting his lavish lifestyle. The story helped build broader public interest in Mr. Epstein, presenting him as a high-rolling financier who rubbed elbows with the elite.

Like the New York piece before it, Vanity Fair’s article mentioned there being many women, “lots of them, mostly young” in Mr. Epstein’s orbit. The writer, Vicky Ward, said recently that while reporting that story she had uncovered allegations that Mr. Epstein had tried to seduce two sisters, one of them only 16 at the time, but that Vanity Fair removed the women’s stories from her article.

In March 2005, a teenage girl’s parents told the police in Palm Beach that she had been molested by Mr. Epstein, according to the Miami Herald and The New York Times.

Detectives followed up, and by October, the police had identified at least 21 possible victims and had executed a search of Mr. Epstein’s house in Florida, the Herald said.

The sex-trafficking accusations covered in the current indictment in Manhattan end the same year.

An attorney is accused of giving Mr. Epstein special treatment

By May 2006, the police in Palm Beach said they found probable cause to charge Mr. Epstein with one count of lewd and lascivious molestation and four counts of unlawful sexual activity with a minor, The Times reported that year.

Instead, the Palm Beach County state attorney referred the case to a grand jury, which led to Mr. Epstein’s indictment on one charge of soliciting prostitution. The attorney’s decision was criticized by Palm Beach’s police chief, who accused prosecutors of giving Mr. Epstein special treatment, both The Times and the Herald reported.

Concerned that prosecutors might be undermining their work, the local police referred their case to the F.B.I., which opened its investigation in July 2006, the Herald reported.

Around the same period, Mr. Epstein’s high-powered legal team began attempting to persuade federal prosecutors to drop the case. The prosecutors were led by Alexander Acosta, the former United States attorney for the Southern District of Florida who is currently Mr. Trump’s labor secretary.

An agreement to conceal the accusations

By 2007, federal prosecutors had prepared a 53-page indictment of Mr. Epstein.

At the same time, according to court records obtained by the Herald, emails between Mr. Epstein’s lawyers and prosecutors discussed a possible plea deal.

In October 2007, Mr. Acosta met with one of Mr. Epstein’s lawyers for breakfast, according to the Herald, during which they struck a deal that would help conceal the full accusations against Mr. Epstein and allow him to avoid a lengthy sentence.

Mr. Epstein strikes an agreement while his accusers are left in the dark

It took months for the deal, a nonprosecution agreement, to be finalized. All the while, Mr. Epstein’s accusers were told the investigation was ongoing, and the F.B.I. continued its work.

Mr. Epstein’s victims have said that prosecutors did not tell them about the deal, even though federal law required they be told of major developments involving their complaints. Two of Mr. Epstein’s victims filed a lawsuit against the federal government, accusing them of violating their rights.

Mr. Epstein entered the Palm Beach County jail — not a state prison or federal facility — in July 2008. While there, he was allowed to leave the facility six days a week to work out of his office.

Mr. Epstein is released early but civil suits are filed

Mr. Epstein was released in July 2009, five months early. His deal wouldn’t become public until September of that year.

By that time, several of Mr. Epstein’s victims had filed civil lawsuits in which they claimed they had been molested or abused by Mr. Epstein when they were underage. Mr. Epstein and his lawyers began working to settle them.

In March of 2011, two of Mr. Epstein’s victims filed a motion in court accusing prosecutors of violating their rights by keeping the deal secret. In September, a judge ruled that their lawsuit could go forward. It remains active eight years later.

The office of the Manhattan district attorney, Cyrus R. Vance, argued in favor of reducing Mr. Epstein’s classification in the sex offender registry to the lowest tier. CreditDaniel Barry for The New York Times

At a 2011 hearing, Mr. Epstein sought to get his designation in New York’s sex-offender registry lowered from a top-level classification to the lowest possible tier.

The attempt did not succeed, even though a sex-crimes prosecutor from the Manhattan district attorney’s office supported Mr. Epstein’s position — an argument that baffled the judge overseeing the hearing. (The district attorney, Cyrus R. Vance Jr., has said this argument was a mistake and it had been made without his knowledge.)

The lawsuit, which was eventually settled, revived Ms. Giuffre’s previous claims that when she was 17, Mr. Epstein paid her to have sex with Britain’s Prince Andrew, the Duke of York — allegations that Prince Andrew and Mr. Epstein have denied.

Mr. Acosta is questioned about the case during his confirmation

Mr. Acosta was confirmed as Mr. Trump’s labor secretary in April 2017. His nomination brought renewed focus on the nonprosecution agreement from 2007, which has been criticized for being too lenient.

Mr. Acosta’s involvement in the deal was mentioned during the confirmation hearings when Senator Tim Kaine, a Democrat from Virginia, questioned Mr. Acosta about his handling of the case.

Mr. Acosta has since defended his office’s handling of Mr. Epstein’s case. In a news conference, he said that federal prosecutors’ intervention was what guaranteed Mr. Epstein would receive any jail time.

He also said that he supported the new charges brought against Mr. Epstein for crimes that he previously described on Twitter as “horrific.”

“His acts are despicable,” Mr. Acosta said on Wednesday.

In November 2018, the Miami Herald published a series of articles about Mr. Epstein’s case and Mr. Acosta’s role in the nonprosecution agreement.

The articles contained emotional interviews with Mr. Epstein’s accusers and excerpts from thousands of F.B.I. and court records.

Since publication, the Herald’s investigation has been widely credited with bringing public attention back to Mr. Epstein’s deal. It was also referenced obliquely by the federal prosecutor who announced the current charges against Mr. Epstein.

Mr. Epstein is arrested and indicted

On July 8, the F.B.I. announced new sex-trafficking charges against Mr. Epstein. Mr. Epstein’s lawyers are arguing that the current charges are covered under a 2008 nonprosecution agreement.CreditJefferson Siegel for The New York Times

Prosecutors did not specify why they brought charges against Mr. Epstein now but said they were not bound by the agreement that Mr. Acosta’s office made in 2008.

However, Reid Weingarten, Mr. Epstein’s lawyer, said the allegations in the current indictment were previously settled in that agreement.

Mr. Epstein pleaded not guilty to the charges. He could face up to 45 years in prison if convicted.

To Avoid Jail Before Trial, Epstein Offers Up His Mansion and Jet as Bond

On Thursday, Mr. Epstein asked a federal judge to release him on substantial bond. He offered both his New York mansion, which city tax documents valued at close to $56 million, and his private jet as collateral.

Prosecutors said on Monday they sought to have Mr. Epstein held in jail until his trial, pointing to his wealth as they said he had “an extraordinary risk of flight and danger.”

Mr. Epstein’s bail proposal is expected to be taken up in Federal District Court in Manhattan on Monday.

FacebookshareGoogle+sharePinterestpin it
An itch to scratch: NCATS, NIDCR scientists identify potential approach to chronic problemMedical News Today: What to know about amitriptyline
Latest