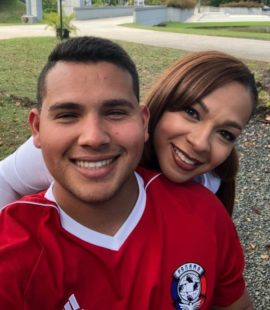 CVS has apologized for denying a 20-year-old Puerto Rican student cold medicine at a store in Indiana because employees did not believe his driver’s license was a valid form of identification.

José A. Guzmán-Payano, a junior at Purdue University, went to a store near his dorm in West Lafayette, Ind., on Oct. 25 to buy Mucinex for a cold, his mother wrote on Facebook. When an employee at the checkout saw his Puerto Rican driver’s license, she asked him for a visa, and “started confronting him about his immigration status,” Arlene Payano Burgos wrote in a post that had been shared more than 10,000 times.

Mr. Guzmán-Payano had to explain that, in fact, Puerto Ricans are American citizens. But the employee still would not accept the license or a United States passport that he showed her. A manager also refused to sell him the medicine.

In a phone interview, Mrs. Payano, a legal secretary in Cayey, Puerto Rico, said that not being able to help her son was deeply frustrating. After he told her what had happened, she called the store and was also told not accepting Puerto Rican identification was store policy.

“What caused this employee to ask him for his visa?” she wrote on Facebook. “Was it his accent? Was it his skin color? Was it the Puerto Rican flag on the license? Whatever triggered her to discriminate against my son embodies exactly what is wrong in the United States of America today.”

The family filed a formal complaint with CVS on Oct. 25, Mrs. Payano said, but it wasn’t until Sunday night that the pharmacy company responded after The Lafayette Journal & Courier and other news outlets reported on it. A representative apologized and said the company was in error, she said.

A shift supervisor who answered the phone at the CVS in West Lafayette apologized and said that all employees had been retrained.

In a statement sent to The New York Times on Monday, CVS called it “an isolated incident” and vowed to reiterate its policies regarding identification to its stores.

“We absolutely recognize Puerto Rican driver’s licenses to be a valid form of U.S. identification,” the statement said.

Mr. Guzmán-Payano said he was busy with classes on Monday, and referred a reporter to his mother.

Mrs. Payano said that she never expected her post to receive so much attention, but that it struck a chord because of the political climate in the United States. It also highlighted the ignorance among some Americans about the status of Puerto Rico, which is a United States territory, and whose residents are United States citizens.

“Puerto Ricans are American citizens who have fought, shed blood and died in every recent conflict,” Representative Nydia Velazquez of New York wrote on Twitter on Monday.

“This sad incident underscores that we have work to do in reminding companies & each other that Puerto Ricans are Americans.”

A 2017 poll of 2,200 adults, conducted by Morning Consult after Hurricane Maria devastated Puerto Rico, found that only 54 percent of Americans knew that people born in Puerto Rico are United States citizens.

Because Puerto Rico is not a state, people there do not vote in presidential elections, but they send one nonvoting representative to Congress.

Mrs. Payano said that most of the feedback she had received had been supportive, and some people in Lafayette had even offered her son soup or a ride to get medicine.

“It’s been very heartwarming,” she said. “What we want is education so that this doesn’t happen to anybody else.”

FacebookshareGoogle+sharePinterestpin it
Why Didn’t She Get Alzheimer’s? The Answer Could Hold a Key to Fighting the DiseaseMedical News Today: What to know about headaches after exercise
Latest