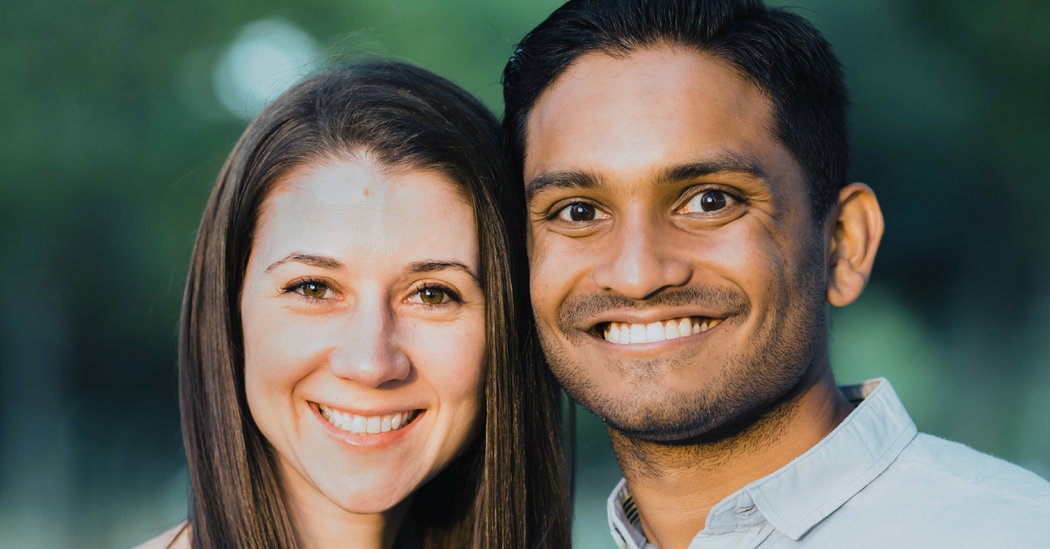 The bride, 33, and groom, 32, work at Wayne State University/Detroit Medical Center. She is an emergency medicine and critical care physician, and he is a fifth-year general surgery resident.

The bride graduated from Michigan State University, from which she also received a medical degree.

She is the daughter of Carol R. Baker and Dr. Gary S. Ferenchick of Lansing, Mich. The bride’s father is a clinician and professor of internal medicine at Michigan State University.

The groom graduated from Wayne State University, from which he also received a medical degree.

He is a son of Dr. Bhagyalakshmi Policherla of Anantapur, India, and Dr. Haranath Policherla of Tirupathi, India. The groom’s mother is a physical medicine and rehabilitation physician and partner in Rehabilitation Physicians in Detroit. His father is a neurologist specializing in epileptology and sleep disorders at the Pointe Neuroscience Center in Grosse Pointe, Mich.

The couple met in August 2015 while both were medical residents at Detroit Receiving Hospital, which is a part of the Detroit Medical Center.