Generation Z: Who They Are, in Their Own Words 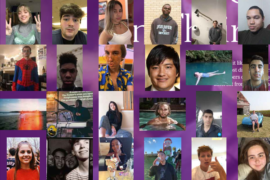 [For more coverage of race, sign up here to have our Race/Related newsletter delivered weekly to your inbox.]

Melissa Auh Krukar is the daughter of a South Korean immigrant father and a Mexican-American mother, but she refuses to check “Hispanic” or “Asian” on government forms.

“I try to mark ‘unspecified’ or ‘other’ as a form of resistance,” said Melissa, 23, a preschool teacher in Albuquerque. “I don’t want to be in a box.”

Erik Franze, 20, is a white man, but rather than leave it at that, he includes his preferred pronouns, “he/him/his,” on his email signature to respectfully acknowledge the different gender identities of his peers.

And Shanaya Stephenson, 19, is the daughter of immigrants from Jamaica and Guyana, but she intentionally describes herself as a “pansexual black womxn.”

“I don’t see womanhood as a foil to maleness,” she said.

All three are members of what demographers are calling Generation Z: the postmillennial group of Americans for whom words like “intersectionality” feel as natural as applying filters to photos on Instagram.

Gen Z: In Their Own Words
What is it like to be part of the group that has been called the most diverse generation in U.S. history? We asked members of Generation Z to tell us what makes them different from their friends, and to describe their identity. Here’s what they had to say. 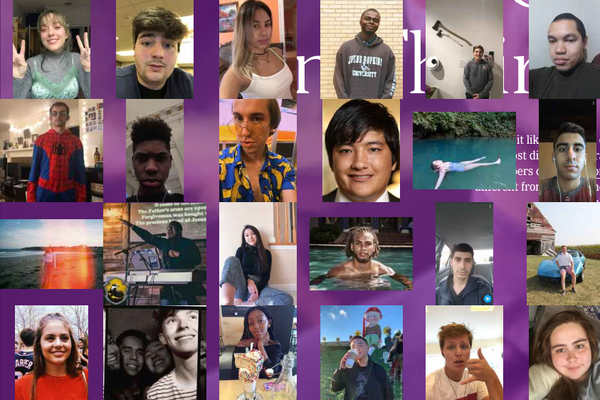 Born between the mid-1990s and the late 2000s, they’re the most diverse generation ever, according to United States census data. One in four is Hispanic, and 6 percent are Asian, according to studies led by the Pew Research Center. Fourteen percent are African-American.

And that racial and ethnic diversity is expected to increase over time, with the United States becoming majority nonwhite in less than a decade, according to Census Bureau projections.

Along with that historic diversity, members of the generation also possess untraditional views about identity.

The New York Times asked members of Generation Z to describe, in their own words, their gender and race as well as what made them different from their friends. Thousands replied with answers similar to those of Melissa, Erik and Shanaya.

“It’s a generational thing,” said Melissa, the preschool teacher. “We have the tools and language to understand identity in ways our parents never really thought about.”

More than 68 million Americans belong to Generation Z, according to 2017 survey data from the Census Bureau, a share larger than the millennials’ and second only to that of the baby boomers. Taking the pulse of any generation is complicated, but especially one of this size.

Generation Z came of age just as the Black Lives Matter movement was cresting, and they are far more comfortable with shifting views of identity than older generations have been.

More than one-third of Generation Z said they knew someone who preferred to be addressed using gender-neutral pronouns, a recent study by the Pew Research Center found, compared with 12 percent of baby boomers.

“Identity is something that can change, like politics,” said Elias Tzoc-Pacheco, 17, a high school senior in Ohio who was born in Guatemala. “That’s a belief shared by a lot of my generation.”

Last summer, Elias began identifying as bisexual. He told his family and friends, but he does not like using the term “come out” to describe the experience, because he and his friends use myriad sexual identities to describe themselves already, he said.

Elias said he defies other expectations as well. He goes to church every day, leans conservative on the issue of abortion and supports unions, he said. He has campaigned for both Democrats and Republicans.

His bipartisan political activism, he said, was a natural outcome of growing up in a world where identity can be as varied as a musical playlist.

This is also the generation for whom tech devices, apps and social media have been ubiquitous throughout their lives. A Pew study last year found that nearly half of all Americans aged 13 to 17 said they were online “almost constantly,” and more than 90 percent used social media.

Wyatt Hale, a high school junior in Bremerton, Wash., has few friends “in real life,” he said, but plenty around the world — Virginia, Norway, Italy — whom he frequently texts and talks to online.

Their friendships started out on YouTube. “I could tell you everything about them,” he said. “But not what they look like in day-to-day life.”

FacebookshareGoogle+sharePinterestpin it
Our Best Passover Recipes: Brisket, Lamb, Matzo Balls and More for Your Seder TableMedical News Today: Rectal pressure: Causes and when to see a doctor
Latest