‘Gender Reveal’ Celebration in Texas Led to a Plane Crash 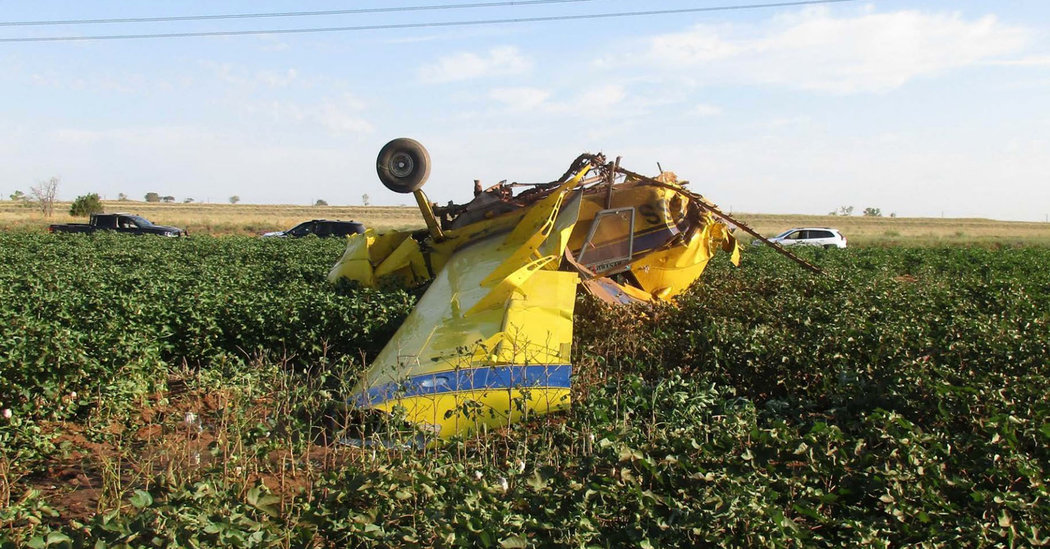 In recent years, expectant parents have gone to extreme lengths to create splashy, Instagrammable moments to announce the sex of their child. Some of the celebrations, however, have ended in calamity: a 45,000-acre forest fire, a flaming car, a deadly explosion.

And now, a plane crash could be added to that list, according to a preliminary report from the National Transportation Safety Board filed this week.

A crop-dusting plane that dumped hundreds of gallons of pink water over a field in Turkey, Texas, about 300 miles northwest of Dallas, crashed to the ground in early September, according to safety board documents. No major injuries were reported.

The pilot, Raj Horan, had been “conducting a gender reveal flight for a friend” when, after releasing about 350 gallons of water, the single-seat plane “got too slow” and stalled, records show.

A passenger, identified as Jennifer Harrell, sustained minor injuries, according to the incident report. The aircraft, which struck the ground and flipped on its back, sustained substantial damage.

Attempts to reach Ms. Harrell and Mr. Horan on Friday afternoon were not successful.

The pilot told investigators there were “no preimpact mechanical failures or malfunctions with the airplane.”

Cultural researchers have traced the origins of the so-called gender reveal party to the late 2000s. But those early attempts feel almost quaint by today’s standards.

Despite the possibility of attracting backlash for reinforcing gender stereotypes and schadenfreude should things go wrong, some couples have felt that confetti or cake sprinkles are not flashy enough to deliver their messages.

Last month, an Iowa couple trying to create a device that could shoot colored powder into the air inadvertently built a pipe bomb that killed one of their guests. A day later, authorities in the state investigated another explosion of a store-bought “gender reveal kit,” according to The Associated Press.

On Australia’s Gold Coast, a black car was rigged to spew thick clouds of blue smoke. But after drifting slowly and spinning its wheels on the road, the car burst into flames. (The driver managed to escape.)

And in 2018, a man shot a rifle at a target containing a highly explosive chemical mixed with colorful powder packets that were intended to create a pink or blue cloud. The resulting explosion, however, sparked a massive fire that took firefighters a week to extinguish and burned more than 45,000 acres in Arizona.

The man who shot the rifle, a Customs and Border Protection agent, pleaded guilty to a misdemeanor violation of United States Forest Service regulations and agreed to pay $220,000 in restitution.