Gender letter: Does ‘Having It All’ Mean Doing It All? 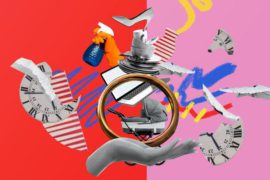 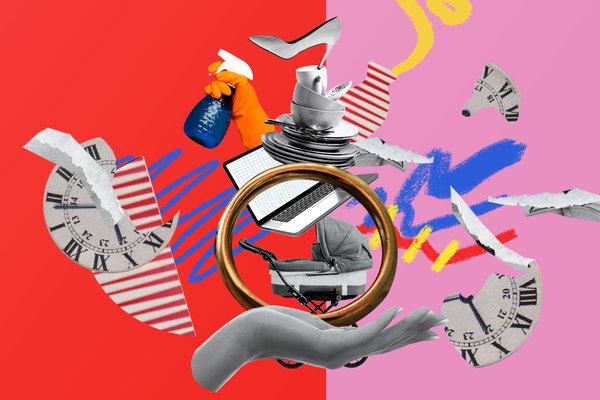 “Marriage still ain’t equal, y’all. It ain’t equal. I tell women that whole ‘you can have it all’ — mmm, nope. Not at the same time. That’s a lie. It’s not always enough to lean in, because that [expletive] doesn’t work.”
— Michelle Obama

When Mrs. Obama spoke these words this week at a Brooklyn stop on her “Becoming” book tour, the crowd (and in turn, the internet) went wild. But it wasn’t just her challenge to Sheryl Sandberg’s “lean in” that struck me — nor was it her rare, unfiltered language, though I liked that too — it was her comment about “having it all.”

As a girl, the prospect of having a thriving career, a happy marriage and a couple of well-adjusted kids — all while maintaining my friendships and hobbies — was sold to me as an ultra-glam aspiration that left me daydreaming of a well-oiled life with me at the controls.

Though I’ve checked enough of these boxes, I realize with every passing year of my 30s that if I have children, something — well, a lot of things — will have to give. (As Shonda Rhimes once put it: “Whenever you see me somewhere succeeding in one area of my life, that almost certainly means I am failing in another area of my life.”)

There’s an abundance of research to underscore that reality, including a report this year from the United Nations that found that women are shouldering nearly three times more of the work associated with the home than men — child care, elder care, cooking, cleaning, transportation — and usually for zero pay.

This, despite the fact that more people than ever view men and women as equal in the workplace and in the home (it seems perception and the real world don’t always match up).

[Sign up here to get future installments of the Gender Letter delivered to your inbox!]

It has long been suspected that these dynamics amount to added stress for women, and indeed, in 2016, The Journal of Brain & Behavior found that women are twice as likely to suffer from severe stress and anxiety as men. The American Psychological Association found that women consistently report higher stress levels.

As for time off, the U.S. Department of Labor found that American men spend more time than women exercising, playing games and enjoying other hobbies.

So why aren’t men pitching in more where they’re needed, since the women in their lives are easing their financial burden?

As David A. Cotter, a sociology professor at Union College who has studied gender attitudes, put it to my colleague recently: “At home, men are more resistant to that change because it really means surrendering privilege. This way, they don’t have to do more laundry.”

But as for Mrs. Obama: When Barack leaves his dirty socks lying around, she won’t pick them up — she tells him to do it himself.

How long it’s been since The New York Times changed job ads from “Help Wanted — Female” and “Help Wanted — Male” to simply “Help Wanted.” But as Wyndham Robertson, a former editor and writer at Fortune, pointed out in a recent Times Op-Ed: “The real mystery, after half a century, is why life at the top of large American corporations still seems so overwhelmingly male.”

From the archives: The popularization of ‘having it all’

The phrase and concept of “having it all” entered the zeitgeist in 1982 with a book by the legendary Cosmopolitan editor Helen Gurley Brown: “Having It All: Love, Success, Sex, Money, Even If You’re Starting With Nothing.”

That title came to be because Ms. Gurley Brown’s agent convinced her that her planned title — “The Mouseburger Plan” — wouldn’t work.

What’s a “mouseburger”? It’s a term for “a young woman who is not very prepossessing,” Ms. Gurley Brown told The New York Times the year the book was published. “She is not beautiful. She is poor, has no family connections, and she is not a razzle-dazzle ball of charm and fire. She is a kind of waif.”

In other words, a mouseburger is how Ms. Gurley Brown saw herself when she worked as a secretary for 13 years. “I’m the proof of what you can do if you try,” she said.

Ms. Gurley Brown’s writing spurred plenty a blowback from feminists. “You get to a man by dealing with him on his professional level, then stay around to charm and sexually zonk him,” she wrote in “Having It All.”

But she felt that her work was simply misunderstood. “I sometimes think feminists don’t read what I write,” she said. “I am for total equality. My relevance is that I deal with reality.”

Gender Letter helps you keep up with the world, and the women shaping it. Tell me what you think at dearmaya@nytimes.com.

Sign up here to get future installments delivered to your inbox.