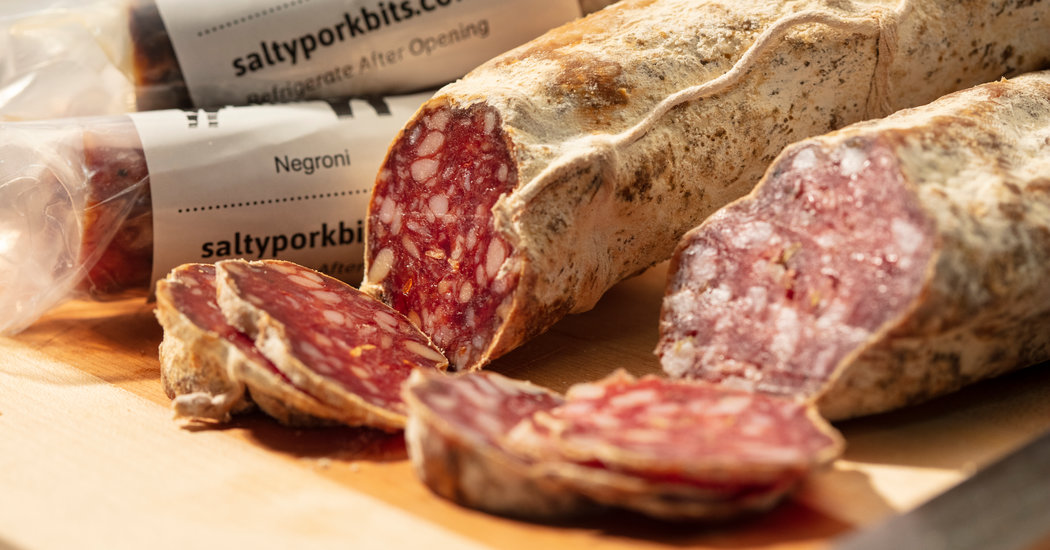 I make my own choices, so I’m not a fan of the curated box of goods as something to give or to receive. But there are a few notable exceptions. Sausage assortments, for example, can provide tasty discoveries. Several boutique sausage makers offer subscriptions for monthly deliveries of their salami and other cured sausages. Peter Seghesio’s Journeyman Meat Company in Healdsburg, Calif., sells subscriptions to its Meat Guild for quarterly salami deliveries. Olympia Provisions in Portland, Ore., has charcuterie boxes with several meats for monthly delivery. Justin Severino of Salty Pork Bits in Pittsburgh, who makes some unusual salami like leek-ash-porcini, and Iberian pepper, has subscriptions that sell out quickly.

FacebookshareGoogle+sharePinterestpin it
Front Burner: These Spirits Are Just DandyFront Burner: Chocolates to Give or Receive
Latest