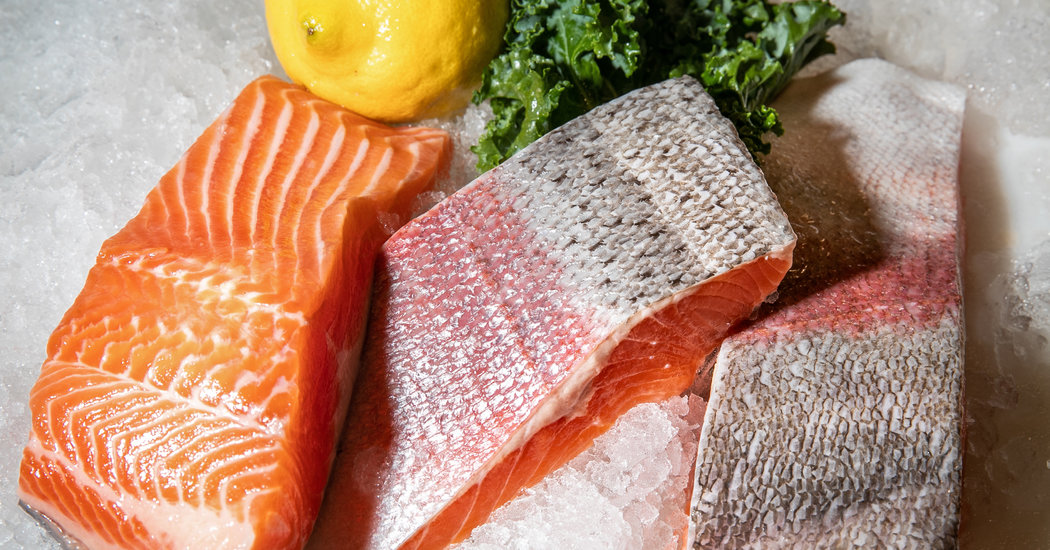 If you’re dining on the West Coast, steelhead is likely to be familiar. Not so much in the East until very recently, when farm-raised steelhead started showing up. The delicious salmonlike fish is native to the waters off California, Oregon and Washington. It’s essentially a robust rainbow trout that has spawned in fresh water rivers and streams but then, like salmon, has gone out to sea, where it grows bigger, with typically orange-red flesh. In the wild, it is a federally protected species, with a regulated commercial fishery. There is some recreational steelhead fishing in New York State and the surrounding areas because rainbow trout was introduced from the West about 150 years ago. Now steelhead is being farmed in an indoor facility upstate, Hudson Valley Fisheries, where it can reach nearly seven pounds and is raised without hormones, antibiotics and parasiticides. Chefs have started using it, and it’s sold for home cooks. Prepare it like salmon; it’s rich in both flavor and texture.

Steelhead trout, $14 a pound at Fairway Markets in New York City, $12 in the suburbs, fairwaymarket.com.

FacebookshareGoogle+sharePinterestpin it
Front Burner: Table Etiquette Up for DiscussionFront Burner: Can You Improve Upon Ranch?
Latest