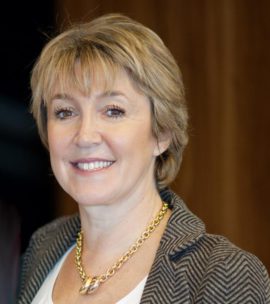 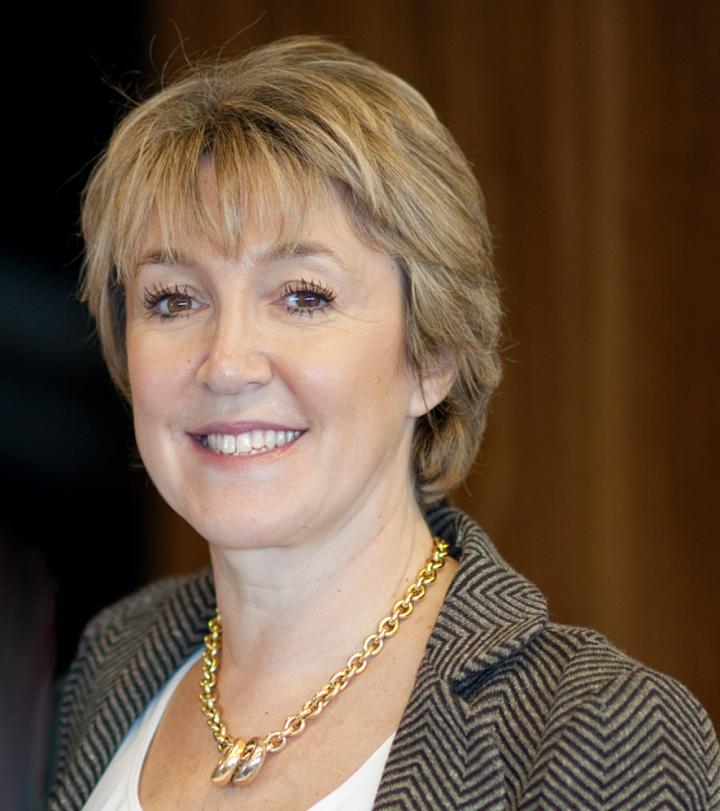 IMAGE: Françoise Mornex is Professor of Oncology at the Université Claude Bernard in Lyon, France, and practices radiation and medical oncology at the Hospices Civils de Lyon. view more

Lugano, Switzerland, 20 March 2019 — The European Society for Medical Oncology (ESMO) and the International Association for the Study of Lung Cancer (IASLC) have announced that the 2019 Heine H. Hansen (HHH) Award will be given to Francoise Mornex. The award will be presented at the ELCC 2019 (European Lung Cancer Congress), to be held 10-13 April in Geneva, Switzerland.

Mornex is Professor of Oncology at the Universite Claude Bernard in Lyon, France, and practices radiation and medical oncology at the Hospices Civils de Lyon. Her specialty is combined chemoradiation strategies in lung cancer, including multimodality treatment, novel chemoradiation regimens, and innovative radiotherapy techniques. She is passionate about teaching and tutoring young oncologists on research and clinical practice in Europe and Asia, and improving connections between lung specialists with help of ESMO and the IASLC.

Giorgio Scagliotti, IASLC President, said: «The 2019 Heine H. Hansen Award goes to a true interpreter of the multidisciplinary approach to the diagnosis and treatment of thoracic malignancies. Prof. Mornex has been crucial to the success of the educational activities of both societies and has played a significant role in raising a voice about the threat of lung cancer in emerging countries.»

On receiving the accolade, Mornex said: «This award is a great honour and a rare privilege. I met Heine Hansen in 1988 when he was IASLC President. He was a charismatic, visionary leader, a pioneer in many fields, and inspired me deeply, especially with his concept of international collaboration. It is symbolic for me to receive an award with his name, reflecting the opportunity from ESMO and the IASLC to make progress in combined treatment modalities and education. Receiving this award also recognises the scientific work of collaborative teams in Lyon, France, Europe and internationally, and supports the pivotal role of radiotherapy in the therapeutic management of lung cancer.»

Acknowledging the contributions of others to her career, Mornex gave «a special mention to all women in oncology. They deserve a strategic place in our field and many of them have impressed and influenced me». She also thanked her mentors, notably Jim Cox, Eli Glatstein, Allen Lichter, Paul Bunn and John Minna at the National Cancer Institute (NCI) in Bethesda, US, where she was a visiting fellow in radiation and medical oncology during 1983-1985.

Solange Peters, ESMO President-elect, said: «I am very pleased to see Prof. Mornex’s extensive experience in the study of multimodal therapy for lung cancer patients acknowledged with the Heine H. Hansen Award. Needless to say, as Chair of the ESMO Women for Oncology Committee, it gives me great pride to see this prestigious award given for the first time to a woman.»

The HHH Award honours the lifetime contribution of Heine H. Hansen to lung cancer research and education and is awarded to a lung cancer investigator who has made a special contribution to this field. The HHH Award is presented annually by representatives of ESMO and the IASLC at ELCC, where the recipient will give a keynote lecture. (1)

Please make sure to use the official name of the meeting in your reports: European Lung Cancer Congress (ELCC) 2019

(1) The Heine H. Hansen Award will be presented to Francoise Mornex during the HHH Award lecture on Wednesday, 10 April 2019, 13:45-14:15, Room B. «The HHH model applied to Radiotherapy: Honour the past, evaluate the present and stimulate the future.»

Heine H. Hansen started translational research in lung cancer and collaborated with many investigators in Europe and the US. Early on he saw a need for a formal collaborative framework for investigators focusing on lung cancer and was one of the visionary founders of the IASLC and its journal Lung Cancer. He later became the IASLC’s President and first Executive Director. Prof Hansen played a significant role in ESMO’s evolution and was ESMO President in 1996-1997. At ESMO he contributed to the development of a global curriculum for medical oncology and was instrumental in developing medical oncology as a recognised specialty in Europe. He was also very active in educational activities in the previous Eastern European countries and implemented many clinical trials in this part of Europe.

The European Lung Cancer Congress (ELCC) has become the reference event in Europe for professionals treating lung cancers. From surgical resection to complex treatment options with novel agents and novel targets; from lung cancer in non-smokers to issues surrounding gender; from various forms of lung cancer, the big killer, to rare forms of chest tumours: the third edition of the ELCC will provide a comprehensive multidisciplinary overview of the latest as well as of the state-of-the-art knowledge in thoracic malignancies, covering different aspects such as prevention, screening, diagnosis, treatment modalities and the results of basic, clinical and translational research, presented by top international academic experts.

About the European Society for Medical Oncology (ESMO)

ESMO is the leading professional organisation for medical oncology. With more than 20,000 members representing oncology professionals from over 150 countries worldwide, ESMO is the society of reference for oncology education and information. ESMO is committed to offer the best care to people with cancer, through fostering integrated cancer care, supporting oncologists in their professional development, and advocating for sustainable cancer care worldwide. Visit http://www.esmo.org

About the International Association for the Study of Lung Cancer (IASLC)

The International Association for the Study of Lung Cancer (IASLC) is the only global organisation dedicated solely to the study of lung cancer and other thoracic malignancies. Founded in 1974, the association’s membership includes more than 6,500 lung cancer specialists across all disciplines in over 100 countries, forming a global network working together to conquer lung and thoracic cancers worldwide. The association also publishes the Journal of Thoracic Oncology, the primary educational and informational publication for topics relevant to the prevention, detection, diagnosis and treatment of all thoracic malignancies. Visit http://www.iaslc.org for more information and follow us on Twitter @IASLC.

FacebookshareGoogle+sharePinterestpin it
Time to Clean Your WristwatchW.H.O. Panel Demands a Registry for Human Gene Editing
Latest