For the Best Travel Deals, Get Into the Black Friday Spirit! 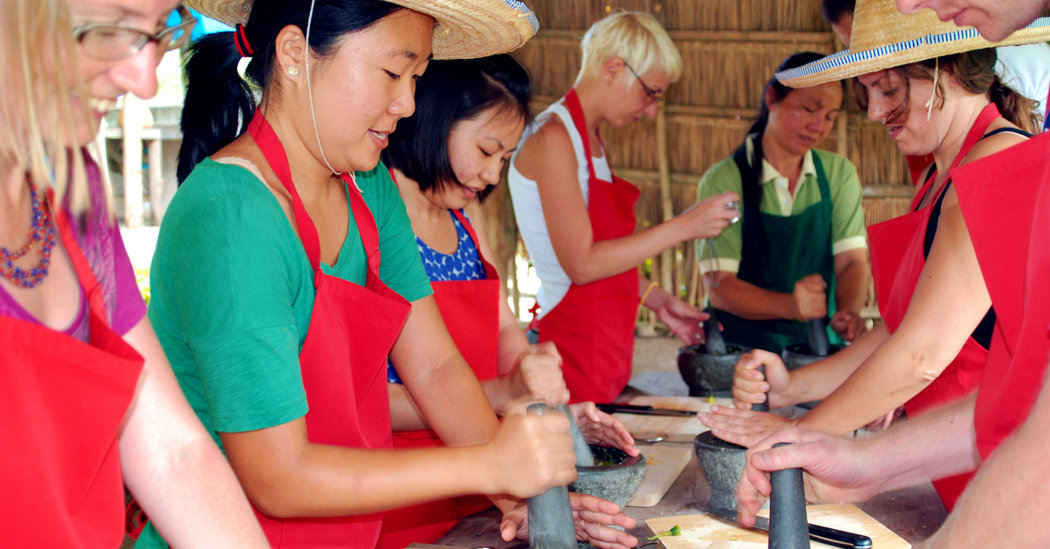 Black Friday, the kickoff to the holiday shopping season, is best known for doorbuster deals and irresistible sales on gifts. Deals on hotels, airfare, tours and cruises may have little to do with gift-giving and more with tempting shoppers to indulge in their own wanderlust, but increasingly, travel bargains are part of the promotions around Thanksgiving, including Black Friday, Cyber Monday, Travel Tuesday and what is often called Cyber Week.

“Entire airline carriers and cruise lines will have broad sales,” said Julie Ramhold, a consumer analyst at DealNews.com, which compiles consumer deals. “The sales tend to be more generous at this time of year.”

Often, however, it’s unclear how many airline seats, hotel rooms and cruise cabins are actually on sale. Since deals can be fleeting, book as soon as you can. Additionally, the rules of budget travel apply: Many deals are in the off-season or require prepayment and are nonrefundable.

After reviewing hundreds of travel deals set to be offered around Thanksgiving — excluding airline deals, which tend to be last minute — some trends emerged, including the following eight.

“The Black Friday and Cyber Monday shopping craze has become a nationwide phenomenon that simply can’t be ignored,” said David Kerr, the general manager of the Setting Inn Napa Valley, which is offering a 40 percent off sale Nov. 27 to Dec. 2 for stays from Nov. 27 through March 31. Rooms normally start at $600 a night.

Among those new to the seasonal sales, Sixty Hotels, which operates luxury hotels in New York City and Beverly Hills, will offer 40 percent off its rates on rooms booked Nov. 29 to Dec. 6. Rooms normally start at $220 a night.

Many hotels report that while they run other promotions throughout the year, they save their biggest deals for Black Friday and the week following. Menin Hospitality, for instance, will offer rooms at 50 percent off during its holiday sale, Black Friday through Cyber Monday, at its four South Florida properties. Other times of year, savings may reach 30 percent. Rooms normally start at $249.

In San Antonio, the Hotel Contessa offers other sales during the year at 20 percent off, but cuts deepest during the holiday, with rates 50 percent off for stays Nov. 25 through March 31. Regularly, rates start at $238; the sale runs Nov. 24 to Dec. 3.

Proving that the Black Friday phenomenon has caught on abroad, Bettoja Hotels’ three properties in Rome will offer 35 percent off bookings made Nov. 29 to Dec. 2, with rooms post-discount starting at 69 euros, or about $77, including breakfast, throughout 2020.

Last year, the Paradores of Spain, a chain of inns lodged in historic buildings such as convents and castles in Spain and Portugal, sold more than 13,400 room nights during its Black Friday promotion. This year’s approximately 25-percent-off sale offers stays from 66 euros a night through April in 90 of its hotels, if booked Nov. 23 to 29 or Dec. 2 to 3. Normal rates start around 88 euros.

In San Miguel de Allende, Mexico, the new five-room boutique hotel Casa Delphine will inaugurate its first post-Thanksgiving sale, 25 percent off rooms, normally from $265, Nov. 29 through Dec. 3, for travel in January and April 15 to Sept. 15 (with some blackout dates).

Hotels in national parks are in such high demand, they rarely break rates. But Xanterra Travel Collection, which operates hotels in several parks, offers a 30-to-40-percent-off sale on Cyber Monday and something similar in July.

5) It’s a good time to upgrade

If you’ve always wanted to upgrade to a luxury hotel, now is the time. On Cyber Monday, the Peninsula Chicago is offering 30 percent off room rates that normally start at $399 for stays from Dec. 15 through April 30.

On Cyber Monday, the XV Beacon in Boston will offer 25 percent off rates that normally start at $425, valid for stays between Dec. 2 and Feb. 29, Boston’s winter.

Celestyal Cruises, which operates in the Greek Islands and the Eastern Mediterranean, will offer a buy-one-get-one-free sale on new bookings made Nov. 28 through Dec. 8 on many 2020 and 2021 itineraries. Five-night trips start at $979 a person in a double cabin; the second passenger would travel for free, bringing the per-person cost to $490.

In its Cyber Monday sale, MSC Cruises is offering seven-night Caribbean sailings from Miami through spring 2020 for $728 a person, including unlimited drinks (said to be valued at $250 a person) and a $50 a person shipboard credit.

It pays to spend some time before Black Friday thinking about where you might like to travel next year, as many tour companies offer good deals in the rushed post-Thanksgiving window.

From Nov. 15 to 25, travelers can save 20 percent on three REI trips to Thailand in 2020. The multisport trips include family departures and start at $2,799 for nine days before the 20 percent discount.

From Nov. 28 to Dec. 2, Access Culinary Trips will offer a free trip with the purchase of three, effectively offering 25 percent off to small groups such as families. The deal applies to the company’s portfolio of food-focused trips, including nine days in Morocco, Vietnam or Thailand from $3,490 a person.

8) Altruism is on the rise

Some travel operators are using Black Friday to benefit good causes. The 15-room Casa Palopó on Lake Atitlán in Guatemala will donate 20 percent of bookings made Nov. 28 to Dec. 2 to a mural project designed to brighten local homes and buildings. Rates start at $315 a night for stays Jan. 2 through March 31 and guests booking during the promotional period will get a room upgrade, if available (book via email to reservations@casapalopo.com).

The JW Marriott El Convento Cusco in Peru will deliver a holiday meal kit to a local family for each guest booking a room Nov. 28 to Dec. 2 for travel Dec. 1 to March 31. Rooms start at $199 a night (book with cluster code LPR).

FacebookshareGoogle+sharePinterestpin it
What if the Road to Single-Payer Led Through the States?Five Places to Visit in Montreal With Sugar Sammy
Latest