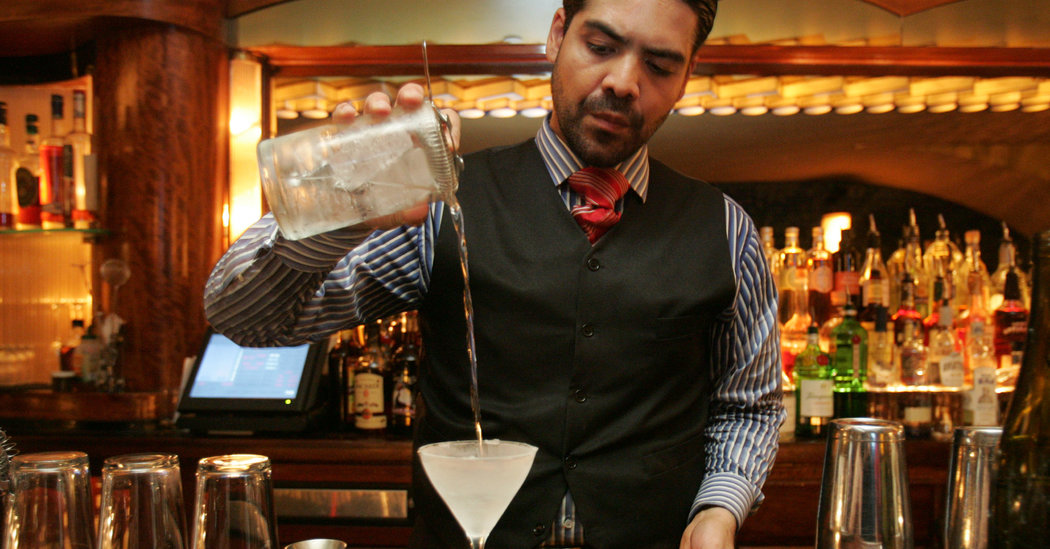 Flatiron Lounge, a trailblazing bar that helped usher in the craft cocktail movement in New York, will shut its doors in early January after more than 15 years in business. An owner, Julie Reiner, said the reason for the closing is a rent increase on its West 19th Street space.

Flatiron Lounge was opened in May 2003 by a group of six partners, though Ms. Reiner, then a rising name in mixology, quickly emerged as the face of the business. Other Manhattan bars, notably Angel’s Share and Milk & Honey, had already taken a more serious approach to cocktails, using good spirits, fresh juice and precise measurements to fashion both classic and original drinks.

But those were tiny speakeasies. Flatiron, which was easy to find and could accommodate more than 160 drinkers, was the first New York bar to bring craft cocktails to a bigger audience, honing bar practices that efficiently delivered cocktails to large crowds without sacrificing quality.

“I think we taught New Yorkers how to drink cocktails in those early years,” Ms. Reiner said.

Several notable bartenders cut their teeth there, including Phil Ward, who went on to open the mezcal bar Mayahuel; Giuseppe González, who opened Suffolk Arms; and Lynnette Marrero, the beverage director at Llama Inn. Ms. Reiner went on to open Clover Club and Leyenda.

Over the years, bars like Pegu Club (which is owned by some of the same people who own Flatiron), Death & Co. and PDT came to overshadow Flatiron’s achievement, but the bar remained popular.

Make a cocktail from Julie Reiner
June 21, 2003
FacebookshareGoogle+sharePinterestpin it
Gender letter: Does ‘Having It All’ Mean Doing It All?Matter: The Planet Has Seen Sudden Warming Before. It Wiped Out Almost Everything.
Latest