Field Notes: Tops on the Wedding Playlist? An Original Song by Dad 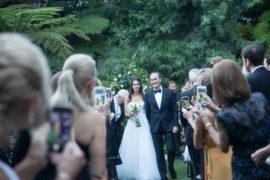 When Fred Goldring began thinking of his oldest daughter’s wedding day, he knew a simple gift wouldn’t do. Mr. Goldring, who is a former entertainment lawyer and musician in Pacific Palisades, Calif., had always dreamed of performing a song on his daughter’s wedding day. While his daughter Jenna Goldring, 28, was planning her dream wedding to Nikola Lahcanski on Sept. 15 at the Hotel Bel Air in Los Angeles, he was writing a song that he planned to perform as a surprise on her wedding day.

“I had always dreamed of performing a song for both of my daughters at their weddings, but I had never really thought about what song that would be,” Mr. Goldring said.

Shortly after his daughter’s engagement, Mr. Goldring began to think of how he would make that dream a reality. He spent weeks searching online for “songs that dads sing to their daughters at their wedding,” but none captured what he really felt in his heart. A couple days later he picked up his guitar and in an hour he had written, “On Your Wedding Day.”

He still had one critic to win over: his wife.

“When I told my wife that I wanted to play an original song at Jenna’s wedding, she wasn’t exactly enthused,” Mr. Goldring said. “Then I played her the song and she quickly changed her mind while crying like a baby.”

The surprise performance was a result of months of planning between Mr. Goldring, his wife Gale Goldring, the wedding planner and the music director. 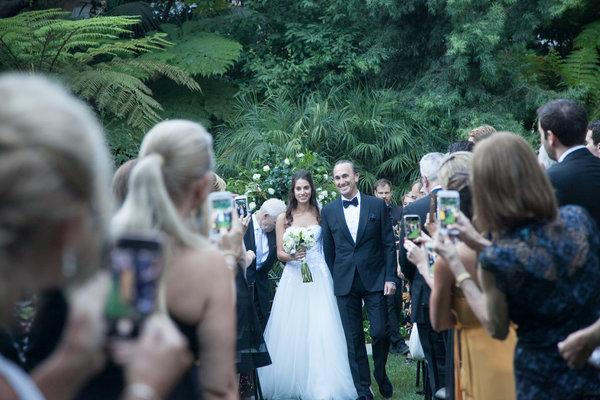 Mr. Goldring walked his oldest daughter down the aisle.CreditJoe Buissink

On Sept. 15, as guests were awaiting their meals at the wedding reception, the mother of the bride, Ms. Goldring, gave a short speech and then handed the microphone over to Mr. Goldring. As he began to speak, the music director brought out a stool and his guitar, and the father of the bride started to play.

“It took a minute for everyone to figure out what exactly was going on, but by the time I finished the song, there didn’t seem to be a dry eye in the place,” Mr. Goldring said.

The performance, as Jenna Goldring said, “basically had the entire wedding in tears. It was just so special and truly from the heart.”

Mr. Goldring said he wrote the song with Jenna and his younger daughter, Cassie Goldring, 25, in mind: “The song had accomplished everything I had ever hoped it would, I had given my daughters the best gift I could think of as a dad.”

The week after the wedding, with the help of Mr. Goldring’s longtime friend Peter Asher, an artist, producer and manager in Malibu, Calif., he found himself recording “On Your Wedding Day” in Jackson Browne’s studio in Santa Monica, Calif.

A week after the wedding Mr. Goldring recorded “On Your Wedding Day,” for public release.CreditNicolas Emiliani

“For me as a musician, this was the ultimate bucket list experience,” said Mr. Goldring who recorded the song along with Russ Kunkel on drums, Leland Sklar on bass and Jai Winding at the piano. “I still can’t believe it actually happened; a gift for my daughters somehow ended up becoming a gift for me too.”

The song is now available on iTunes and Amazon, and other streaming services. “The song perfectly captures the father-daughter sentiment that comes with weddings,” said the bride, who is now known as Ms. Lahcanski. “It would make me happy to know that other brides felt the same way and wanted to incorporate the song into their wedding day.”

FacebookshareGoogle+sharePinterestpin it
How to Get Your Man to Do the Chores?The Octomom Has Proved Us All Wrong
Latest