Fashion Review: Chaos Until the End. And Some Great Clothes. 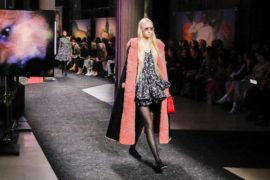 PARIS — On the evening of the last show of the last day of the last week of fashion month, the Pyramid of the Louvre was cast in the yellowing light of early evening as the audience filed dutifully past, moving onward to a great glass box in the Cour Carrée, to mount a set of stairs and find themselves in — the piazza of the Pompidou Center? In all its Play-Doh colors and insides-on-the-outside, melting-pot glory.

Nicolas Ghesquière, the artistic director of Louis Vuitton women’s wear, had transplanted one museum into another, to effect the ultimate in cultural displacement. Or cultural acceptance — take your pick. The interpretation is in the mind of the beholder. But for those who were wondering, both institutions embraced the idea of embracing each other.

It was a fitting end to a discombobulated season, one that fell into flux in New York and never entirely climbed out. That’s O.K., Mr. Ghesquière was saying. Sometimes you just have to go with the mess of the moment. There is gorgeousness in the chaos. 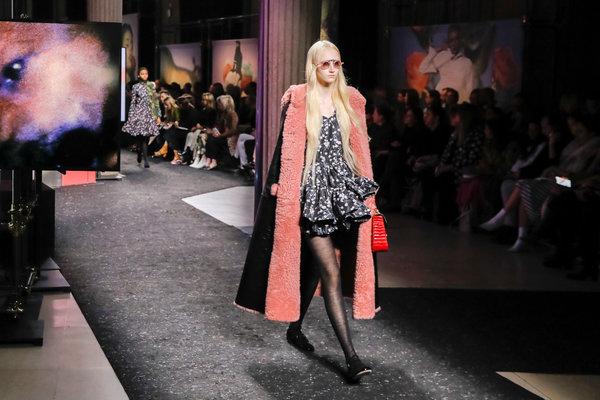 Or to be more specific, what he said in a preview before the show was: “At a moment when we look at our phones so much, it’s important to remember what it’s like to sit at a cafe and watch the world go by: all these different characters, in the same space.” Then he said, “I am not designing for a cellphone.”

Technology hasn’t played much of a role in these fashion collections. After years of shows where designers seemed obsessed with Instagram and Facebook and what reads through the small screen and how it might or might not change what they made, it’s all but disappeared from the conversation. Rather, their creative font is increasingly found in those places where the screen is not: the experiences that cannot be replicated by digital means. The places where humanity resides, in all its anger and humor, its fear, confusion and joy, its bourgeois tendencies and glamour and rebellion.

That’s where Miuccia Prada’s mind was for Miu Miu, anyway: with “the life of girls,” who might wear sheer lace slips embroidered in posies under big, enveloping capes and over shorts; camo shearling hoodies atop silk baby doll dresses; afghan crochets and sweeping military outerwear and taffeta. Who might be interested in nature and the environment and history and what is happening right now, and need the clash of superheroes and sweetness to express their thoughts.

And it’s why Mr. Ghesquière transplanted the Beaubourg. Because that’s what the courtyard in front of the museum was to him, as a young man in Paris: a place to find street performers and artists and serious museumgoers; a place that had attracted designers like Jean Paul Gaultier and Yohji Yamamoto, both of whom had studios nearby when the neighborhood was still considered sketchy, a place originally regarded as a blight upon the city, now celebrated for the difference once decried. So for those who did not remember, he created it.

He created it in metallic tweeds speckled with shards of glinting mirrors and leopard ruffles, in stripes and blurry bouquets of pink and blue blooms, in big ruffled shoulders like angel wings and drop-waisted little coquette dresses with blanket scarves tossed on top; in pie crust collars and glinting silver; in leather pleated pants and big-shouldered cropped moto jackets. In L.V. check and Mondrian geometrics. In “Working Girl” belted blazers and rockabilly lines. The only thing that united it all was a tiny waist and a sharp-edged hourglass silhouette.

Some of the shapes and combinations were awkward or visually jarring. A lot of them resided just on the border between good taste and tackiness. They were hard to unpick. You thought: Would anyone really want to wear that? But then you thought: Pompidou. By the end, you also thought: Yes.