Elka Gilmore, Chef Who Blended the Old and the New, Dies at 59 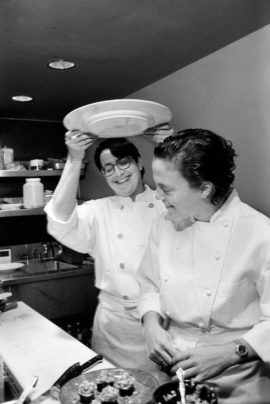 Elka Gilmore, an innovative West Coast chef who helped redefine fusion cuisine in the 1990s, died on July 6 in San Francisco. She was 59.

Her death, at a hospital, was confirmed by Jennie K. Curtis, her former companion. She said Ms. Gilmore had been in failing health for years after work injuries (one of which required spinal fusion), breast cancer and complications of surgery.

In 1993, Ms. Gilmore was described as “the enfant terrible of the modern California kitchen” by The New York Times Magazine. That was two years after the opening of Elka’s, her highly praised restaurant at the Miyako Hotel in the Japantown neighborhood of San Francisco.

Ms. Gilmore, who often wore a baseball cap in the kitchen, welcomed new methods while holding on tightly to traditional ones. “I do not think roux is a dirty word,” she once said, referring to the classic French mix of flour and fat.

What she learned from both French and Japanese chefs and dishes, she told The Times two years later, was an appreciation of raw ingredients and flavor relationships. Adding a supposedly exotic ingredient just for effect made no sense to her.

“I don’t really know what ‘fusion’ means,” she said, “but I do know that you can’t just throw some ginger or seaweed into a dish without a good reason in terms of how the flavors and textures work.”

Articles about her were often accompanied by recipes — for the likes of soba noodles tossed with ginger and caviar; striped bass with roasted shallot and garlic purée; or sturgeon and calamari roasted with fava beans, ginger butter and a preserved plum vinaigrette.

A founder of the organization Women Chefs and Restaurateurs, she never attended culinary school.

Elka Ruth Gilmore was born on March 17, 1960, in San Antonio, the only child of Russell Stanley Gilmore, a college professor, and Linda (Prinz) Gilmore. 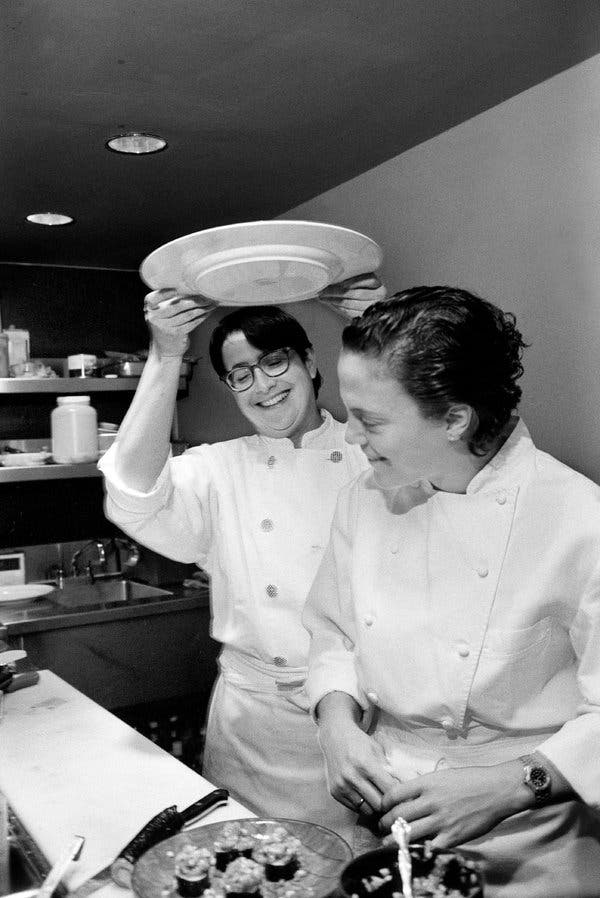 When Elka was around 12, she took her first restaurant job, as a dishwasher, at Café Camille in Austin. At 16, she ran away from home, moving in with her grandmother in Wisconsin and cooking wherever she could.

She was employed as a prep cook at L’Étoile in Madison when the chef quit; Ms. Gilmore, still a teenager, was promptly promoted to chef.

At 18, she decided it was time to travel and learn. So she headed for Boston, New York and ultimately the South of France, where she worked at the world-famous La Colombe d’Or. Returning to the United States in 1982, she settled in Los Angeles, where she spent time at the restaurants Tumbleweed and Checkers. As an owner of another one, Camelion’s, she found she had much less time to cook.

Running a restaurant required innovation. “In my case, I was just sort of naïve,” she said in a 1990 interview that appeared in The South Florida Sun Sentinel. “But now I know what it’s like to have to sell your car to make payroll.”

And she didn’t have to. After the success of Elka’s, her next San Francisco project — Liberté, a French-American restaurant — lasted only a few months in 1995. But that same year she won the James Beard Foundation’s award for best California chef, and the East Coast called.

The Omni Berkshire Place Hotel lured her to New York to create and run Kokachin, a lobby-level seafood restaurant. Every visit, Ms. Reichl wrote in a review in The New York Times, was “a little journey of discovery.”

Ms. Gilmore soon returned to San Francisco, where in 1998 she opened her last restaurant, Oodles, a bistro on Mission Street. It closed the same year.

She is survived by her father and a half brother, Joseph Gabriel.

Ms. Gilmore was known for creating carefully assembled, time-consuming dishes, and for her food’s interplay of taste and texture. But she maintained a certain humility. Shortly after her arrival in Manhattan, she told The Times that she was “shocked to discover how hip my food was.”