Edward Crutchley Steps Into the Spotlight 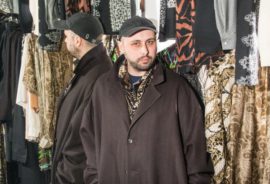 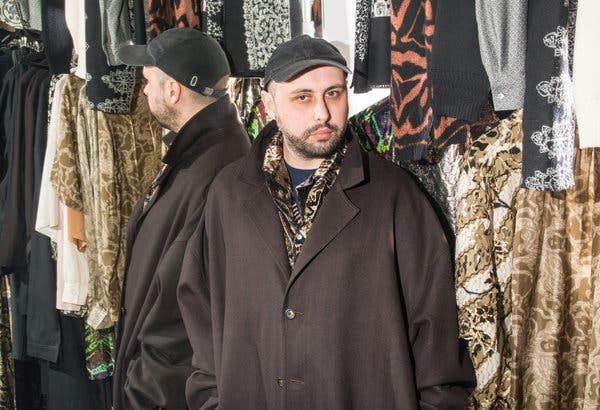 Edward Crutchley in London.CreditAlexander Coggin for The New York Times

LONDON — If the London men’s wear scene resembles a playground of youthful provocateurs intent on blurring boundaries and questioning gender, then Edward Crutchley has emerged in recent years as one of its grown-ups.

The affable 38-year-old Yorkshireman, who is to unveil his spring 2020 collection — described as “a paean to the last gasp of British florals and tweeness in the early 1990s” — at London Fashion Week Men’s on Saturday, started his label in 2015. It came after more than a decade of consulting for major fashion names, including Clare Waight Keller (during her tenure at Pringle of Scotland), Kanye West and Kim Jones (first at Louis Vuitton and, more recently, at Dior Men’s).

After developing a signature that involved rich prints, artisanal textiles and sharp tailoring, Mr. Crutchley then began to mix women’s and unisex styles into his men’s collections; hype and hosannas followed. However it was only in January, when he won both the men’s wear and innovation awards in the International Woolmark Prize competition, scooping more than $200,000 and the admiration of a judging panel that included Alber Elbaz and Floriane de Saint Pierre, that Mr. Crutchley truly came into his own.

“I don’t think there had been a designer quite like Edward in the competition before, and he’s receiving a lot of attention now for his beautiful, deeply researched clothes that really explore what modern luxury means today,” said Sara Sozzani Maino, deputy editor of Vogue Italia and one of the Woolmark judges. “His extensive industry experience is also evident, and very valuable, especially compared to many peers.”

According to Caroline Rush, chief executive of the British Fashion Council, Mr. Crutchley’s opulent experimentation with materials and techniques, and preoccupation with the physical experience of wearing his garments, has increasingly made him a role model for other budding designers.

“He is now sold in some of the most exciting international retailers such as Matchesfashion.com, Harrods and Browns, and we think he has a very bright future,” she said.

London has a habit of seizing on a homegrown designer as a savior every few years, from John Galliano and Alexander McQueen to more recent talents such as Jonathan Anderson and Simone Rocha. Sometimes that noise can eventually overwhelm a business, and the product.

So what did Mr. Crutchley, bearded and in a baseball cap in a sunlit Soho studio, make of all the enthusiasm around him?

“I’m proud, obviously, and excited” he said with a sheepish smile, flicking through images of his latest collection in which unisex tailored looks in pastel pinks and greens took a darker turn to blackberry and aubergine. “2019 has felt like a real step up for me, especially since my show in January. I felt like we got rid of any gimmickry, and maybe even the ‘emerging designer’ tag.”

Mr. Crutchley splits his time between Paris (where he lives in the Bastille neighborhood and continues to work closely with Mr. Jones at Dior) and London (where he lives in Peckham and where his label is based). It is a nomadic lifestyle, but he credits his longtime consultancy work in Paris with honing the vision he has for his brand, as well as his ability to shape a successful independent business in an evermore competitive climate.

“I am often asked by students if it’s a good idea to set up your own collection straight out of university and I always say ‘No! Whatever you do, don’t do that’,” said Mr. Crutchley, a Central Saint Martins graduate.

“I am amazed by some of my contemporaries running businesses with little-to-no industry experience other than the ubiquitous placement at Alexander McQueen, or whatever,” he continued. “I just can’t imagine how you understand the infrastructure, shipping and customs. How you put together a merchandised collection that speaks to a range of customers but is still true to your own voice.”

From his time with Ms. Waight Keller, Mr. Crutchley said, he learned about the importance of luxury materials and high-end products. And his nine years with Mr. Jones has brought an understanding of the importance of self-belief, and of appealing and well-rounded products.

The result is sumptuous, expensive-looking pieces that are almost costume-like in finish, yet still firmly rooted in the real world. Mr. Crutchley’s Woolmark collection looked at the role textiles play as cultural signposts, and featured mud cloth prints from Mali, suits made from Saudi Arabian fabrics and knitwear dyed by hand at the Kyoto guild of shibori masters. More recent retail offerings include swinging monkey and baroque-style comic book prints, as well as lounging pajamas inspired by Japanese and American mid-1980s sportswear.

However, for a designer with global ambitions, profile and retailers, production of the brand remains very local. Mr. Crutchley has no studio. He has no team, no interns. Instead, he works with freelancers and a single factory in the London suburb of Wood Green, with most of his fabrics printed around the block. At a time when social responsibility is a hotter topic in fashion than ever before, he remains committed to the concept.

“If you tell me you love one of my coats, I can tell you the name of every person who has put their hands on it, right back to the weaving of the fabric. That’s all down to the relationships I have built with my suppliers,” Mr. Crutchley said. “Sustainability means something different for everyone in this business. But I would challenge my contemporaries to be able to do the same. It would be really interesting to see how many of them actually could. For me, that type of supply chain is a big part of my luxury offering.”

That Mr. Crutchley can operate at that level also reflects the size of his business: For all the insider hype, it remains extremely small. And while not actively looking for investment (he is the sole owner), nor a creative director position at a major design house, Mr. Crutchley was notably upfront about being open to opportunities that might come his way.

Indeed, pragmatism appeared to be another of his hallmarks, whether explaining his move into women’s wear — a fast-growing part of his business, representing around 60 percent of sales, though for now he plans to continue showing on the men’s calendar — or discussing his customers, whom he believes skew a little older than for most London-based designers and encompass doctors, professional soccer players, actors and Moroccan royalty.

“Personally, I don’t think it is especially modern to tell people what they should be wearing. I think you simply make a proposal and let people choose what they want,” Mr. Crutchley said.

“As much as London fashion likes to go on about gender fluidity and being able to do whatever you like, there are very few men out there who are actually going to wear a ball gown,” he continued. “Many more, however, are still looking for alternatives from the mainstream. Something that will make them stand out in a crowd. That’s where I come in.”

FacebookshareGoogle+sharePinterestpin it
Medical News Today: Why scientists are searching the ocean for new drugsHow do foams collapse?
Latest